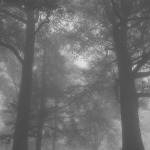 Looking down the hill from Alms Park. 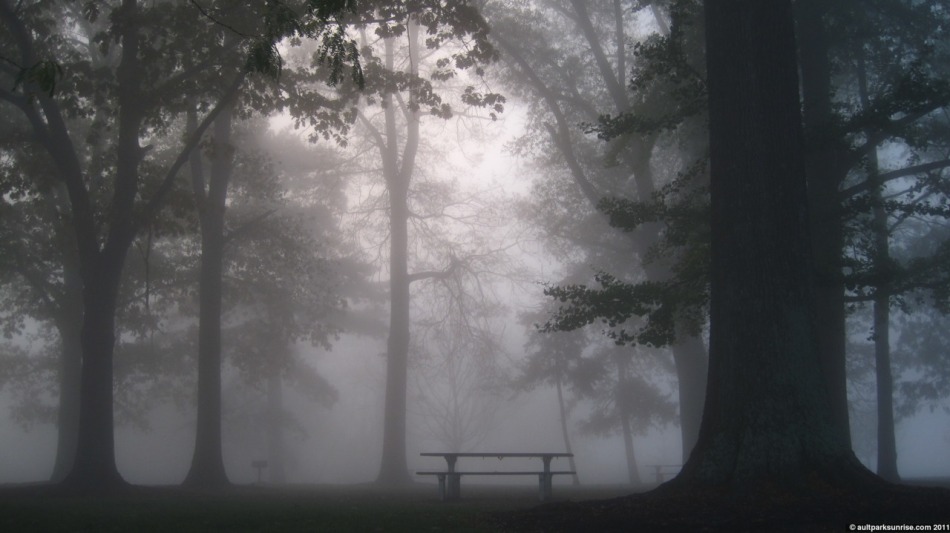 The base of this huge century oak tree is wider than my bike is long. Almost two of my bikes, in fact.

Along the foggy forest trail under Alms Park

I didn’t have a chance to get this post up yesterday morning so it’s coming at you a day late. After several days of overcast, the conditions came together perfectly to create an intensely foggy morning. The skies were clear and the ground was wet, and it was really really cold. It was easily in the upper 30s, perhaps even lower. I was hoping for a clear sunrise, but I got a beautiful thick fog. I decided to head up to Alms Park since the last foggy morning was spent in Ault Park.

The fog in Alms Park is always exceptionally pretty. The trees in the park are old and tall and the fog adds an eerie dimension to the quiet park.

I didn’t end up seeing a sunrise, but I did have the morning coffee in the fog and ventured down into the forest in an attempt to find an old secret “party area” that I found last year. I didn’t succeed, but I did find the entrance to the trail. It’s hard to follow, though, with all the leaves that are still on the trees. I’ll try again this winter perhaps :). 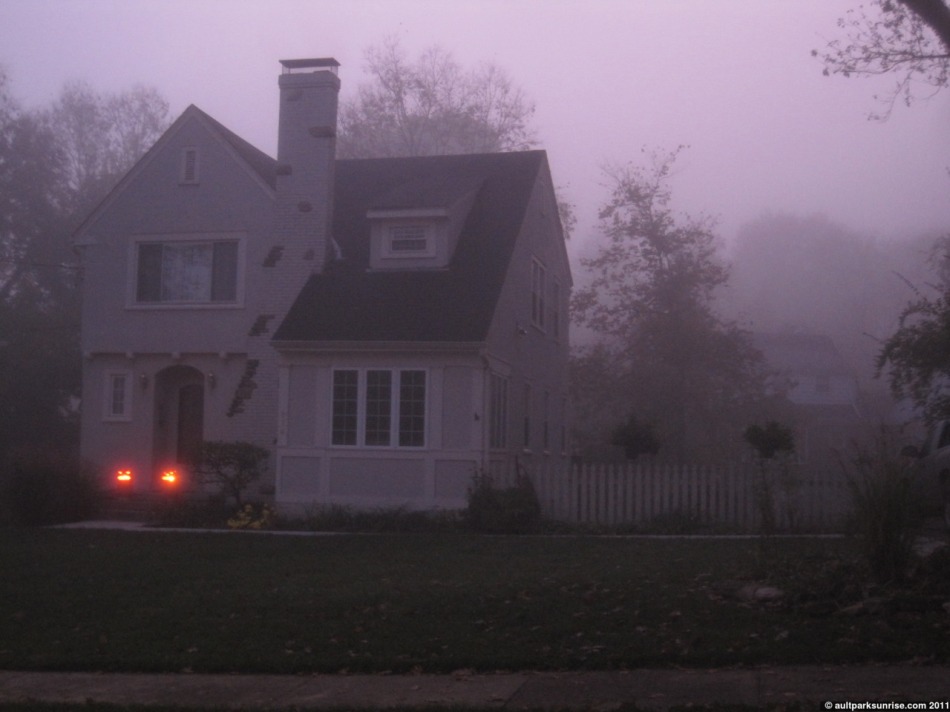 I left early for the park. About 20 minutes before sunrise the neighborhood is dark and muffled.

Looking down Grandin Ave in the fog. 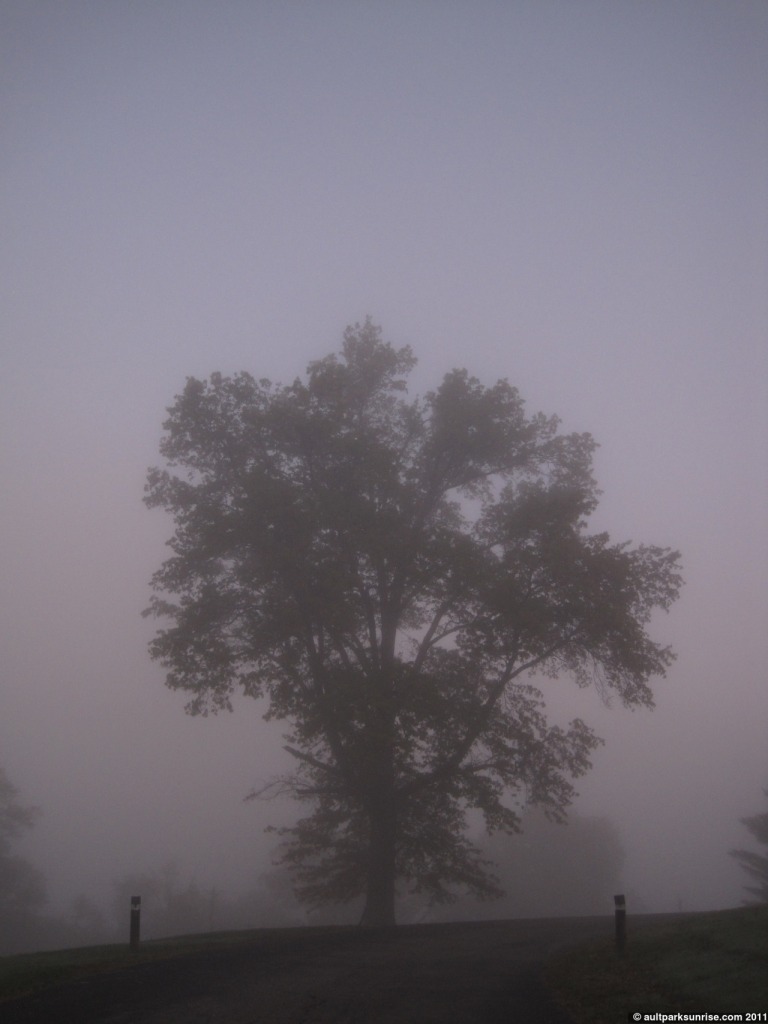 It’s interesting how the fog closes in the scope of attention. This huge and beautiful oak tree stands at the entrance to St. Ursula’s Villa, and I’ve never really noticed it specifically before. It has plenty of room to breathe and is certainly quite healthy.

If you’re on the front page, click to continue. About 50 pictures total for this morning’s post. END_OF_DOCUMENT_TOKEN_TO_BE_REPLACED 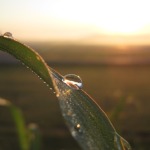 This is becoming my favorite spot to take bike pictures. The raised levee provides a nice open view to the sky. 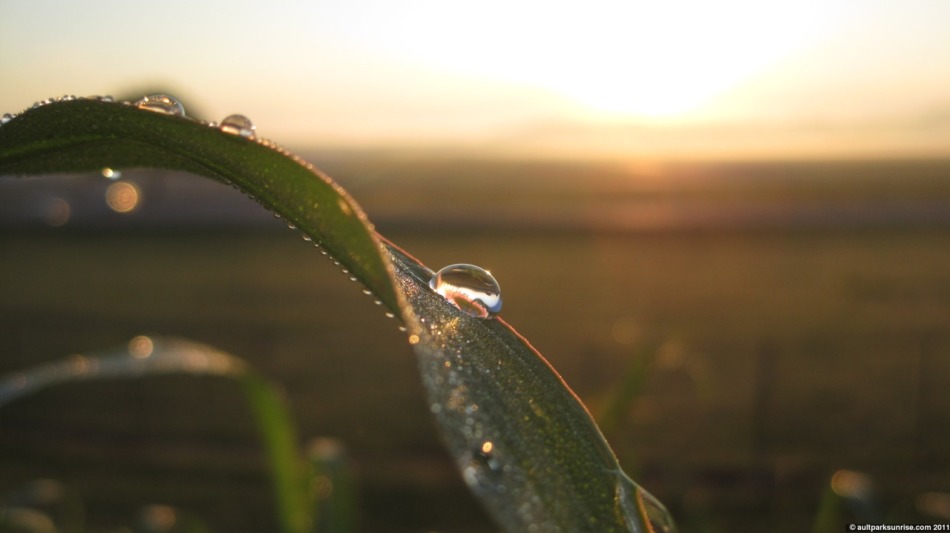 Today was another beautifully cool summer morning in Cincinnati. The temperature was brisk, lower 60s at the highest. I cruised on into Ault Park just before sunrise to get a shot of the dawn sky, and upon seeing the fog down in the valley, decided to drop down to Lunken Airfield for a nice 10 mile ride. Got some great pictures of the sunrise over the foggy lunken airfield, as well as some macro picture of the morning dew. 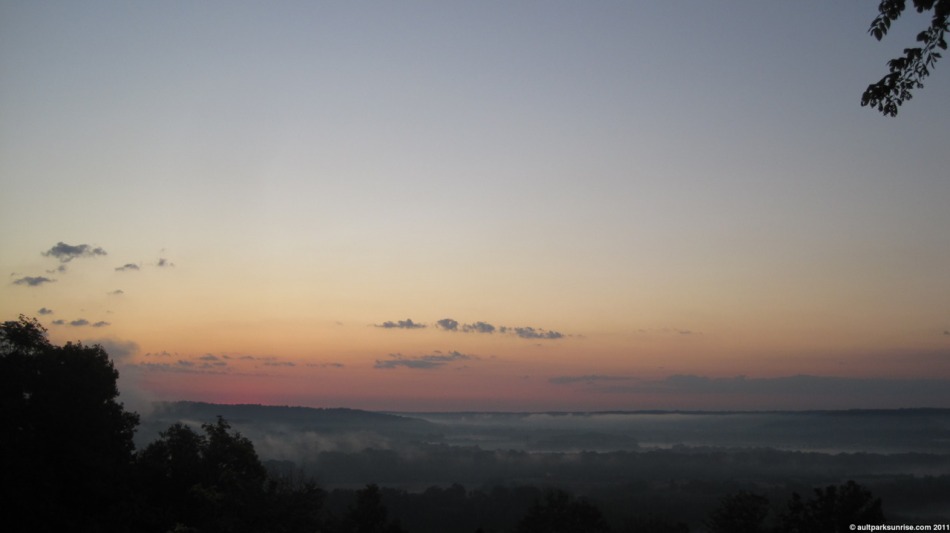 Considering the drop down into Armleder Park. Instead I opted to head down to Lunken Airfield.

I made it just in time. The sun had just started coming up over the ridge. There were patches of thick fog but the bike path was mostly clear!

There was a small patch of clouds just above the horizon. Other than that it was another clear summer sky!

If you’re on the front page, click to continue. About 12 or so pictures in total. Including a pleasant picture of St. Stephen’s Italianate bell tower. END_OF_DOCUMENT_TOKEN_TO_BE_REPLACED