Behind Lunken Airfield after sunrise

This morning was downright beautiful. I woke up to a respectable fog in the area, something that always makes me excited for the morning ride. As I rode up to the park, I noticed that the air got more clear the further I went. This is an interesting trend I’ve picked up on – Mt. Lookout seems to get more fog than the peak of the overlook. Whether this is due to elevation (200ft difference), temperature, or wind I’m not sure. 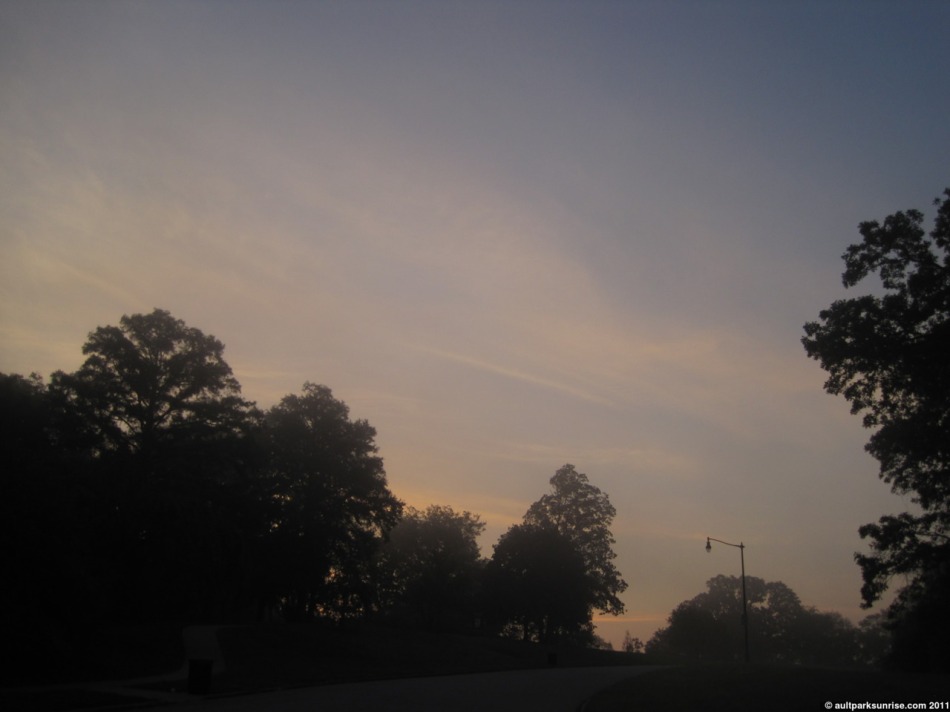 As I approached the park, the sky started to turn a familiar shade of orange. The sunset last night was marked with clear skies so I was hopeful that this morning’s sunrise would be the same. I wasn’t disappointed.

Down in the Little Miami River valley the familiar thick fog was present. But there was an interesting difference this morning over the previous mornings. While the Eastern sky (towards the sunrise) was clear, and the fog was present throughout the entire valley, there was actually a thick low-lying cloud bank to the west. This caused a kind of dark floor to the sky over the lunken to the west. 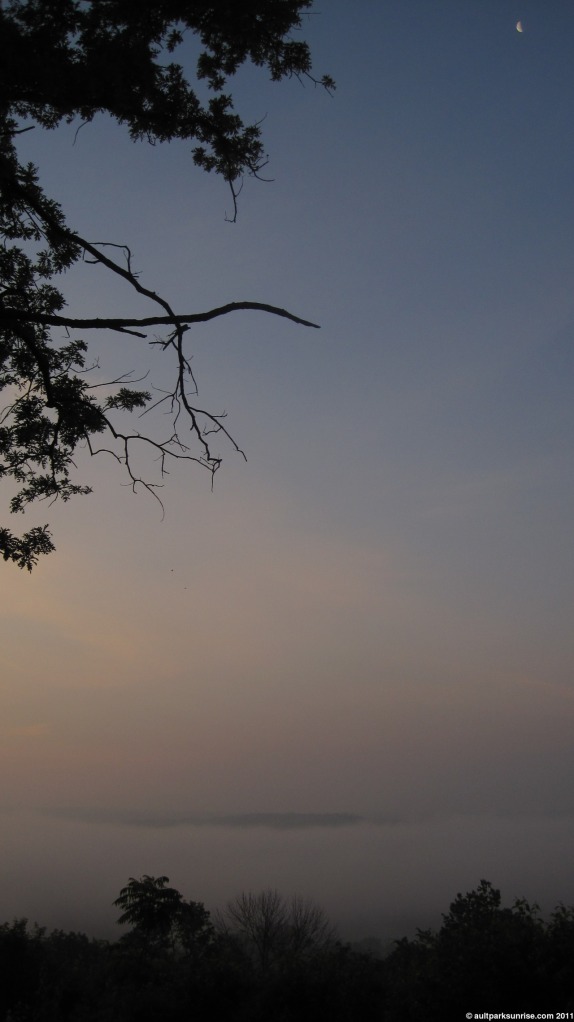 The moon, out again and high in the air.

The pink cumulus over Lunken Airfield

The cloud bank provided this nice contrast against the upper cumulus clouds. They glowed a light pink at the opposite end of the arena from the sunrise. They also quickly disappeared as the moving cloud bank swept underneath them.

If you’re on the front page, click to continue reading! –> END_OF_DOCUMENT_TOKEN_TO_BE_REPLACED

This post is technically two days late but that’s better than never :). This write up took much longer than I had anticipated, but extra depth was required to get the background information ready. Every time I look for history of buildings in this area, I’m lead to even more websites referencing even more history. It could be a full time job!

Saturday morning I took the chance to do an extended exploration – one of my favorite things to do on a weekend morning with no commitments before 09:00am. I ended up discovering an “ancient” vineyard down below Ault Park that I had no idea existed. The history of the vineyard has led me down a rabbit hole of Cincinnati history. Often times I try not to rely on Google for discovering information about the history of the area I live in, preferring to discover (and sometimes make up my own versions) the history on my own. However if used appropriately the Internet can be a powerful tool in augmenting the exploration of the real world that we live in. More about the vineyard (Crusade Castle), Cincinnati wine, Columbia-Tusculum, St. Ursula Villa and RK LeBlond’s legacy, Alms and Eden Park after the pictures of the sunrise. The ride ended up being about 3 hours from start to finish, and it was one of the most fun rides I’ve been on in a long time.

I started off the morning knowing that I was out of coffee. I left 10 minutes earlier than usual and swung by our local coffee roaster in Mt. Lookout Square, Lookout Joe‘s.

I couldn’t believe it – they were closed! OK I can believe it, 6:15am is a bit early to be open on a Saturday Morning. I ended up swinging into the local UDF and was absolutely pleased to learn that they let me fill up my 26oz Nissan thermos for $.99! Thanks UDF! (UPDATE: as of the writing, on Monday, I learned that it is free refill day. $0 is even better than $.99, thanks UDF!) if you’re on the front page, please click continue to read more. I promise you won’t regret it. END_OF_DOCUMENT_TOKEN_TO_BE_REPLACED