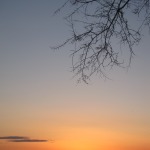 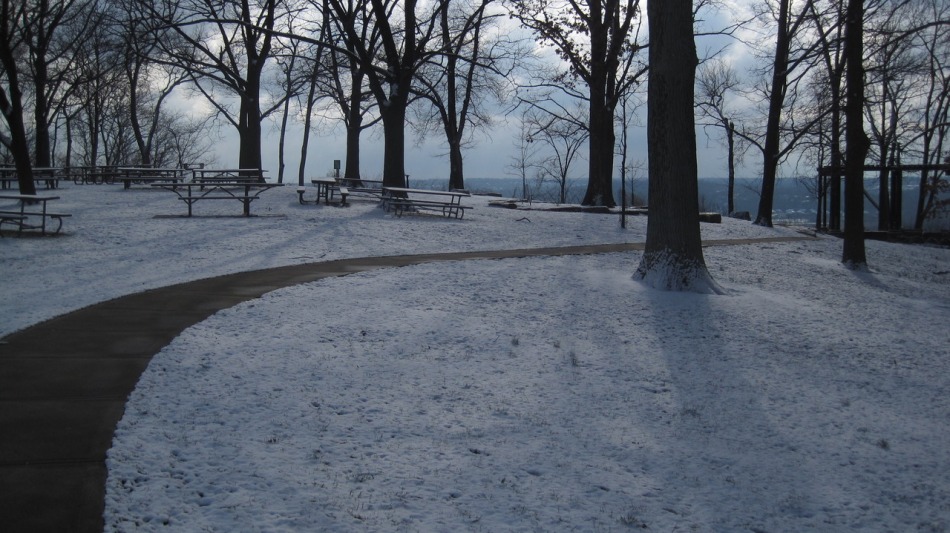 A fresh snow fall, the thickest of the entire year… and coincidentally the only day that I set my alarm incorrectly!

So this morning’s post is a bit of a hybrid between the actual Sunrise 150 and a couple of pictures that I took yesterday morning at Ault Park on my way to work. First of all – happy Sunrise 150! While the number is an accomplishment worth celebrating, I’m saving the confetti for the upcoming Sunrise 160 which represents the fourth set of sunrises stretching beyond my original goal of 40. In reality, yesterday *should* have been Sunrise 150.

What a perfect opportunity, I thought to myself, to have the 150th Sunrise line up with one of the only fresh night snowfalls we’ve had this entire winter. But alas, I pulled a rookie mistake and set my alarm clock incorrectly and so I woke up much too late. I swung by the park on my way to work and snapped a couple of snowy park pictures. I just *had* to have at least one picture of Heekin Overlook adorned with a fresh snowfall. I’m still holding out for a winter snowstorm, but we’re quickly running out of days!

I’m rather excited to also announce one quick thing… there are buds on the trees around the overlook! That means that spring is just around the corner. I can’t wait, spring time in Ault Park is such a beautiful thing. 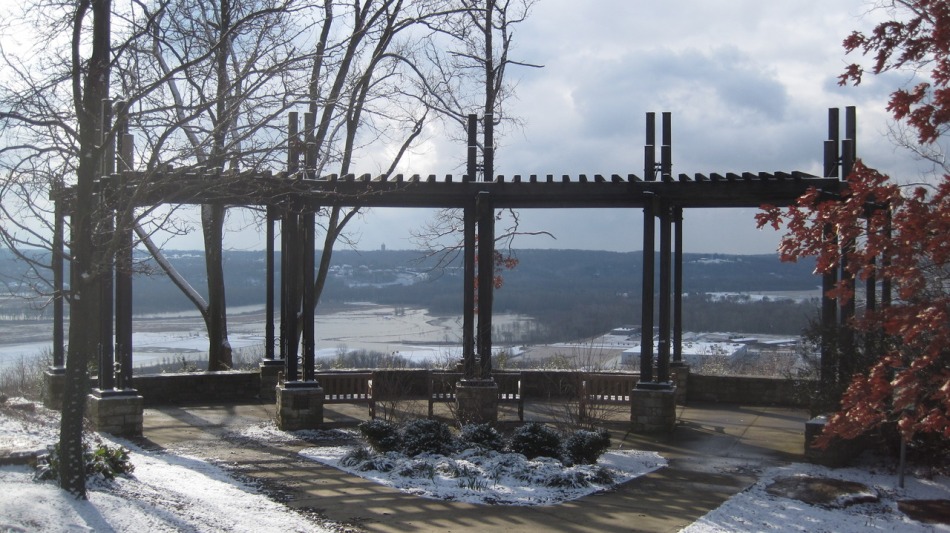 The overlook yesterday morning, after a fresh snowfall. 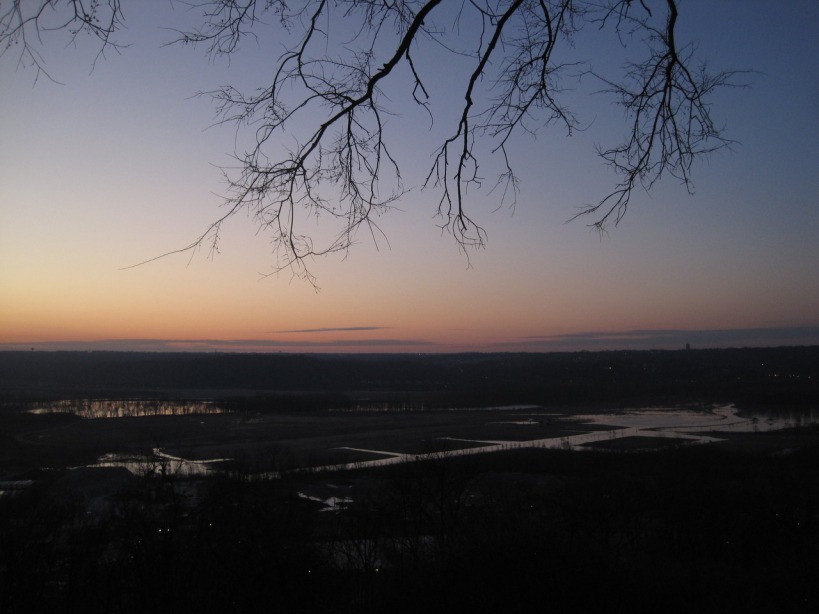 Down below, in the Little Miami River Valley, Armleder Park is flooded once again. It would be nice to get down there for a magenta sunrise if we could just get a little bit more cloud cover in the sky… 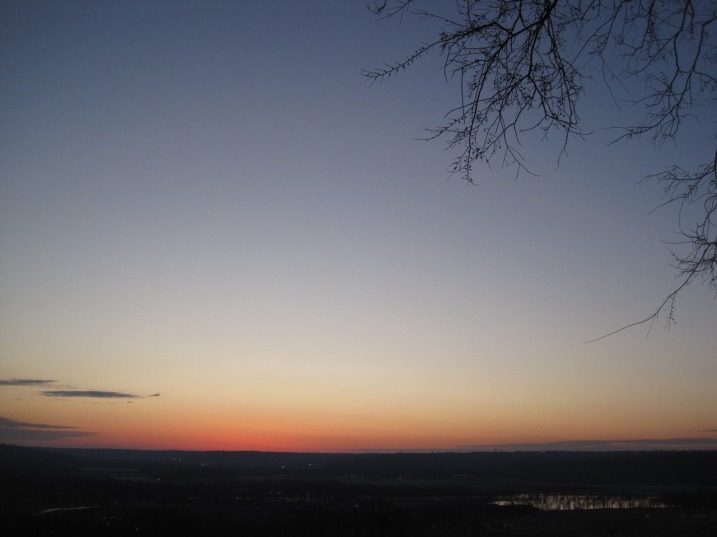 The early twilight sky, about 25 minutes before sunrise. Can you tell where the sun is going to come up? 🙂 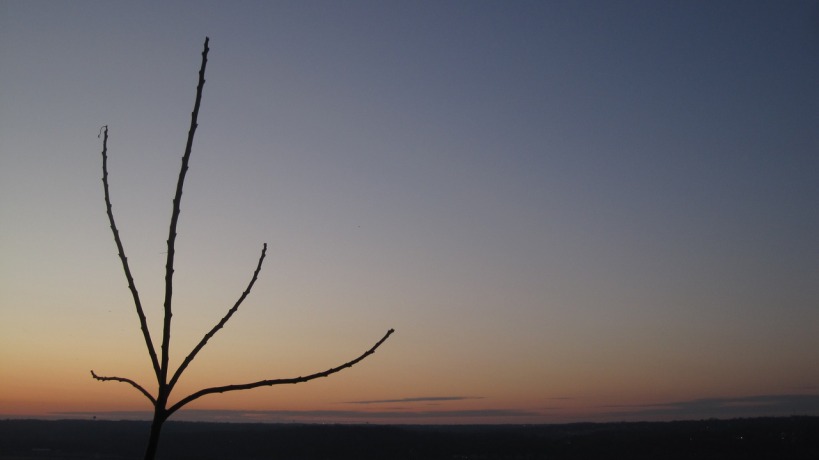 The Tree of Heaven silhouette against a soft & open sky. 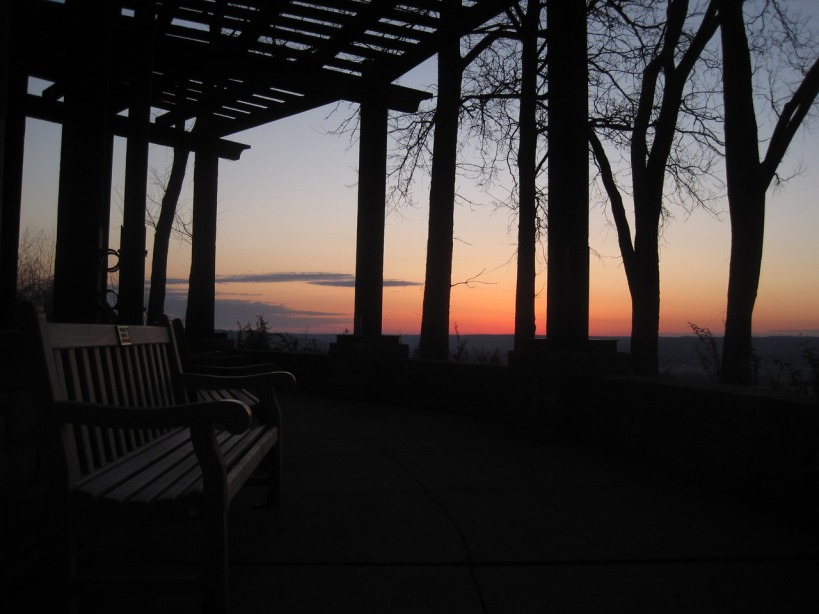 Looking east towards the awakening horizon at Heekin Overlook 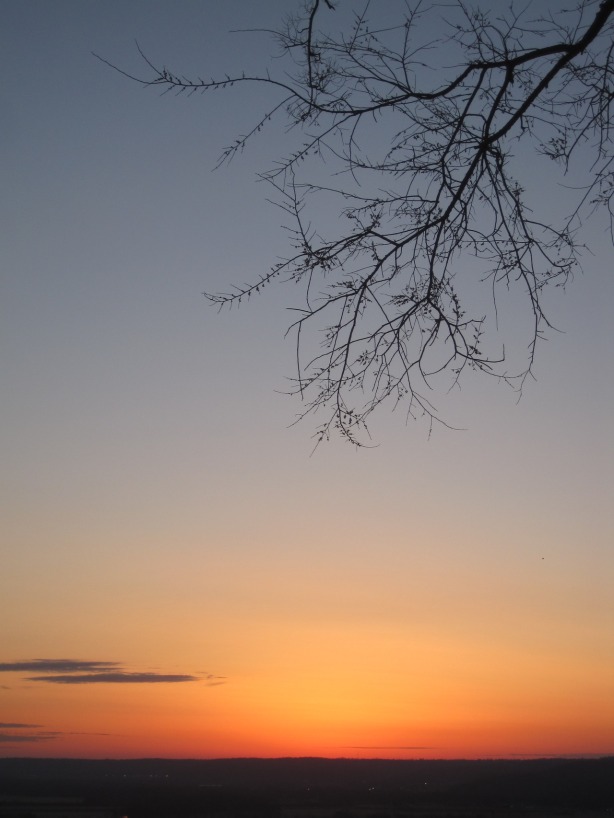 Look at that! The tree branches have buds! The first signs of spring! I hope you’re as excited as me! 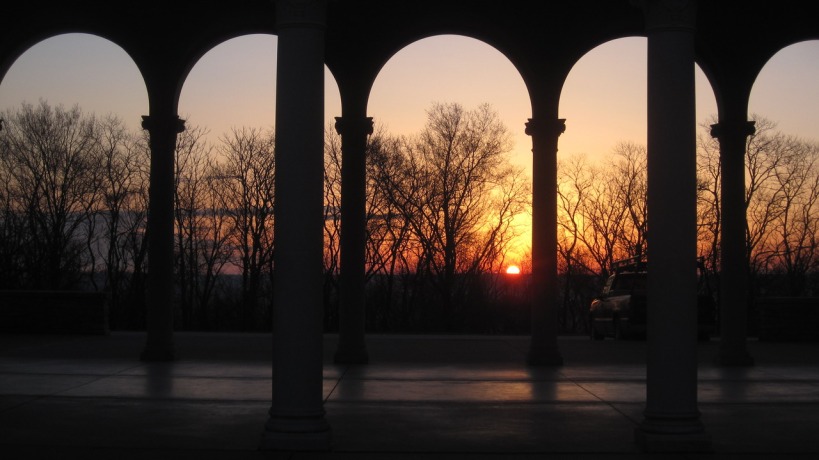 Upon leaving the overlook, I ventured over to the pavilion to check out the alignment of the sunrise. As you may know, I’m privy to finding out on which day the sun rises directly aligned with the pavilion. Judging by the location of this morning’s sunrise, we only have a few days (or maybe about a week) left. I’m not sure we’ll make it to the first day of Spring… which brings up the question: Is there another day in early march that has an astronomic event that is worth aligning the Ault Park Pavilion, and hence the entire park (through the symmetry about the pavilion) to? 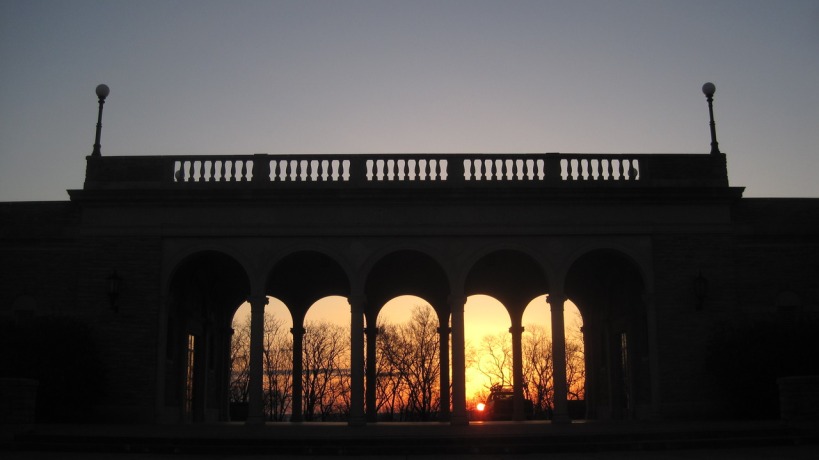 Here we begin to see some side effects of my camera’s tiny lens. Check the slight warping around the top of the pavilion, even though the bottom cement appears to be perfectly horizontal. I’m a fan of how the pavilion is separating the oranges and yellows from the blues in the sky. Maybe I’ll try to get this shot another time but with a better perspective. 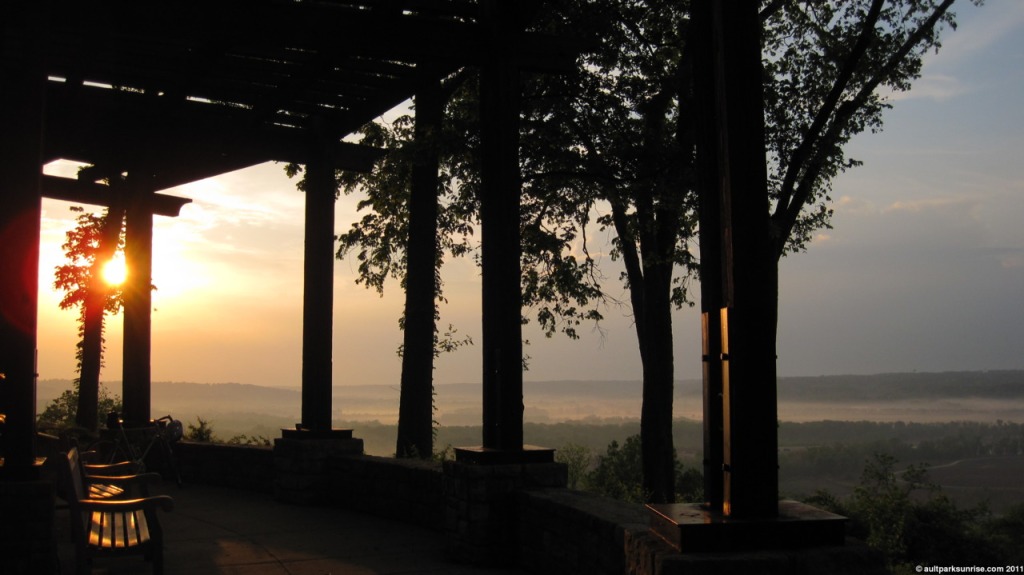 This morning made for a nice quick trip up to the park. I was kind of exhausted from my longest ride of the year that I partook in last night. Starting at Element Cycles the weekly group ride did 30 miles, including two “valley hill” climbs (as if once wasn’t enough! 😉 ). We went out through Milford and Indian Hill before looping back around to Hyde Park. I wasn’t nearly as exhausted as the first ride I did a few weeks ago, and I definitely attribute that to this project for helping me get into shape.

The air this morning was dense but not nearly as thick as it was yesterday. There were small patches of fog down in the valley but compared to the cloudy layer I explored yesterday, I would almost call it a clear day! After Saturday, Friday is my favorite day of the week to visit the park in the morning. More people seem to have Friday off work so there is usually more foot traffic – runners, dog walkers, and bikers. I met two different people this morning that recognized me from this week’s article in the Eastern Hills Journal. I was quite surprised actually! It feels good to know that local people that I don’t know are enjoying the project. 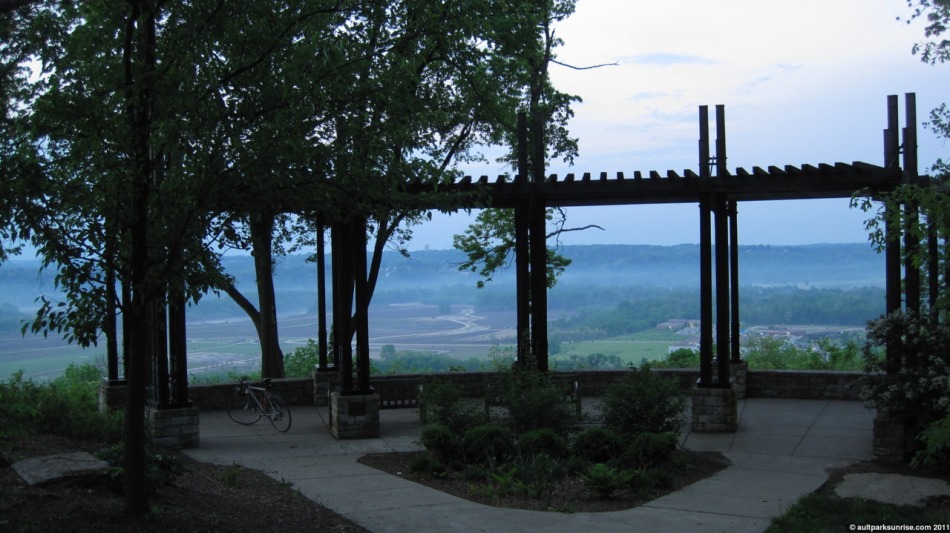 The “overlook timelapse” shot. Much more clear than yesterday! 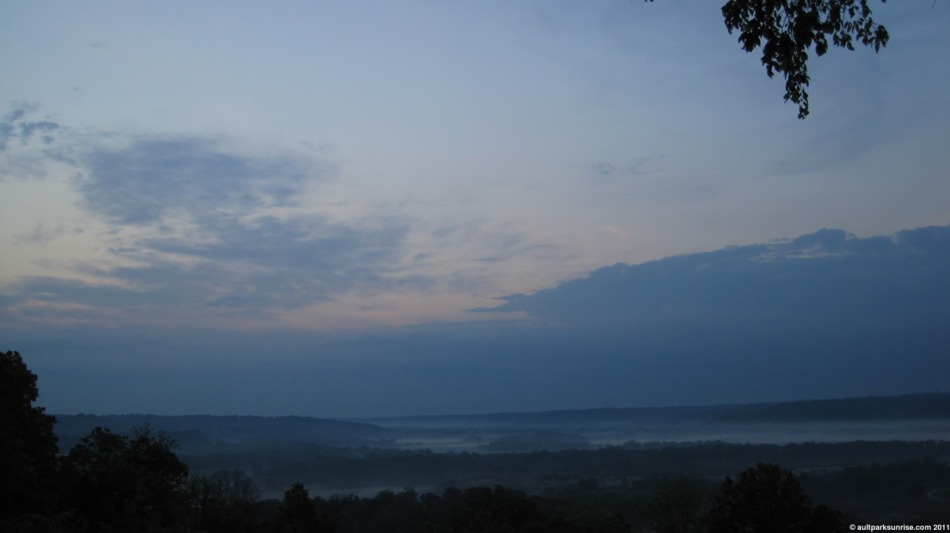 The sunrise this morning started off quiet and dark, but with the open atmosphere above the thick low lying fog bank, I knew that patience would pay off this morning. 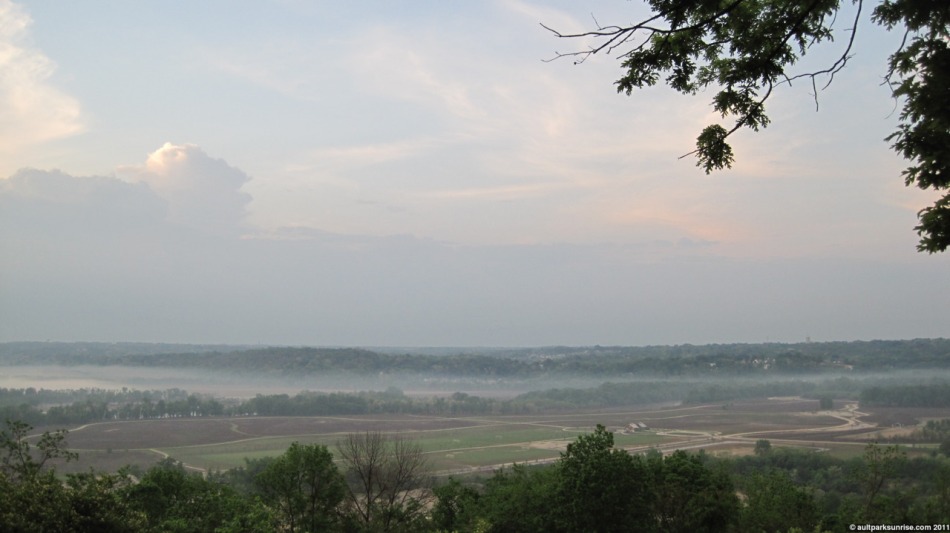 Armleder Park, where I explored yesterday morning. You can see that it is clearing up nicely. The shelter sits right in the middle of the park, and the small paved forest bench where I found the coyote tracks is located directly in the center of the picture, you can see where there is a straight path starts at the shelter and goes at about “10:00”, across the paved loop, and into the forest. 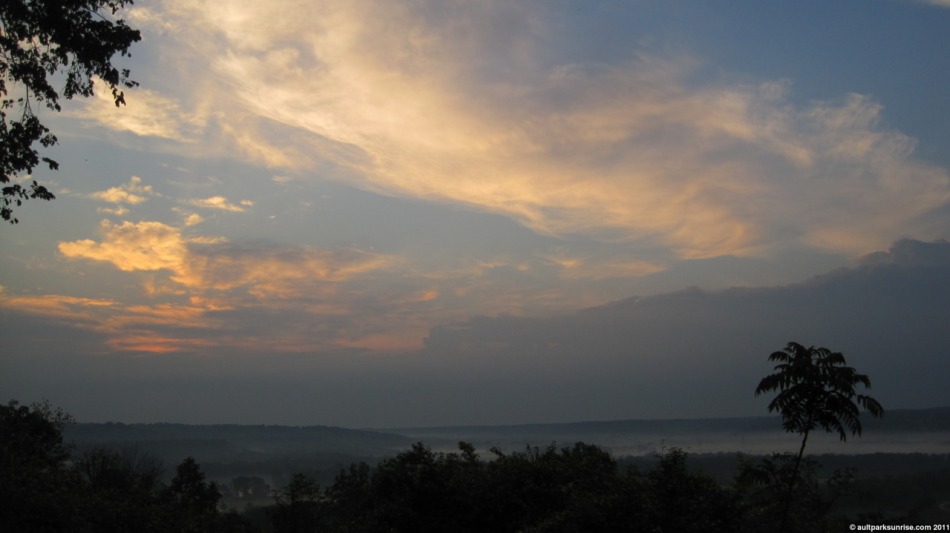 About ten minutes after sunrise, the sky started to lighten up and the upper atmospheric clouds began to illuminate 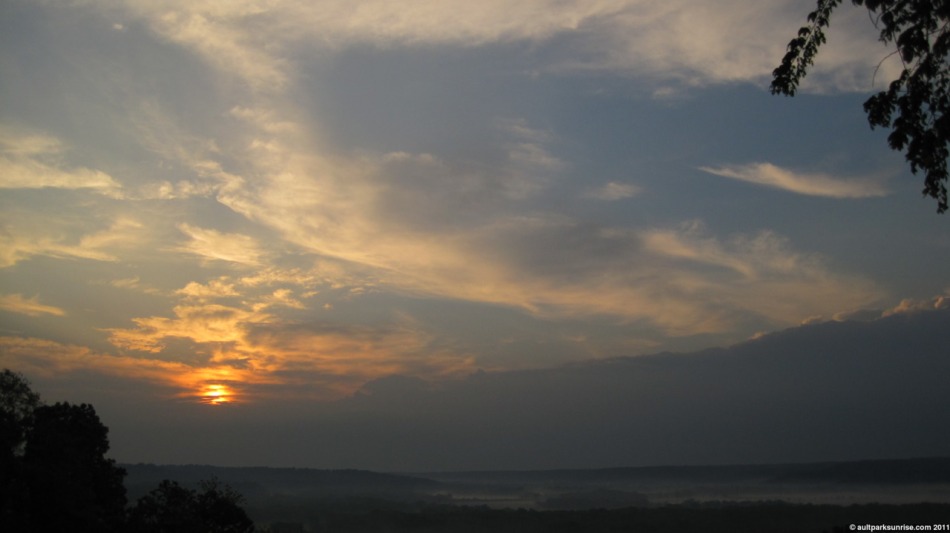 The “Delayed Sunrise”, about 25 minutes after true sunrise. If you’re on the front page, click to continue -> END_OF_DOCUMENT_TOKEN_TO_BE_REPLACED