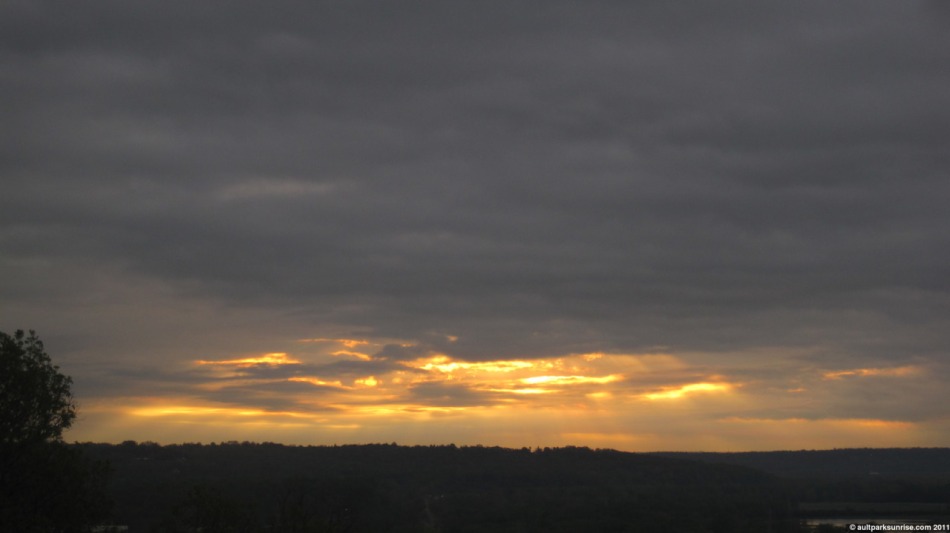 My morning routine was the quickest yet. The birds woke me up at exactly the time I should have been in the park. As it turns out, I set my alarm to 6:10pm, not 6:10am; oops! My coffee was already packed in the thermos. I was up at the park within 10 minutes from being in bed – definitely a new record. In fact I had the bike in second gear the entire time – also a first! Fortunately the sky was overcast so I didn’t miss much. It was a nice opportunity to relax and check out the view. I took a few pictures of the sun rise, which ended up showing some color as the sun crept up into the sky, and headed back home for some early morning errands. More pictures, including the arboretum and japanese maple, click continue –> END_OF_DOCUMENT_TOKEN_TO_BE_REPLACED

(Sometimes you just get lucky.  A small commuter jet coming into Lunken AND a set of Canadian geese flying north for the summer).

This morning was another beautiful day in Cincinnati. The sunrise was similar to yesterday’s: clear, vibrant, and warm.  I arrived at the overlook with 5 minutes to spare, taking time to get set up for the show. Lunken airport was fairly busy this morning, and I actually “accidentally” caught a couple of sunrise pictures with airplanes coming in on approach.

There were these thick pockets of fog scattered through the valley.  This is the first time I’ve seen these since I started this project.  Typically the fog manifests itself as a smooth mist evenly distributed through the air.  Lunken had several pockets hanging out on the runway, interestingly enough.

(More pictures after the jump) END_OF_DOCUMENT_TOKEN_TO_BE_REPLACED