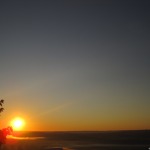 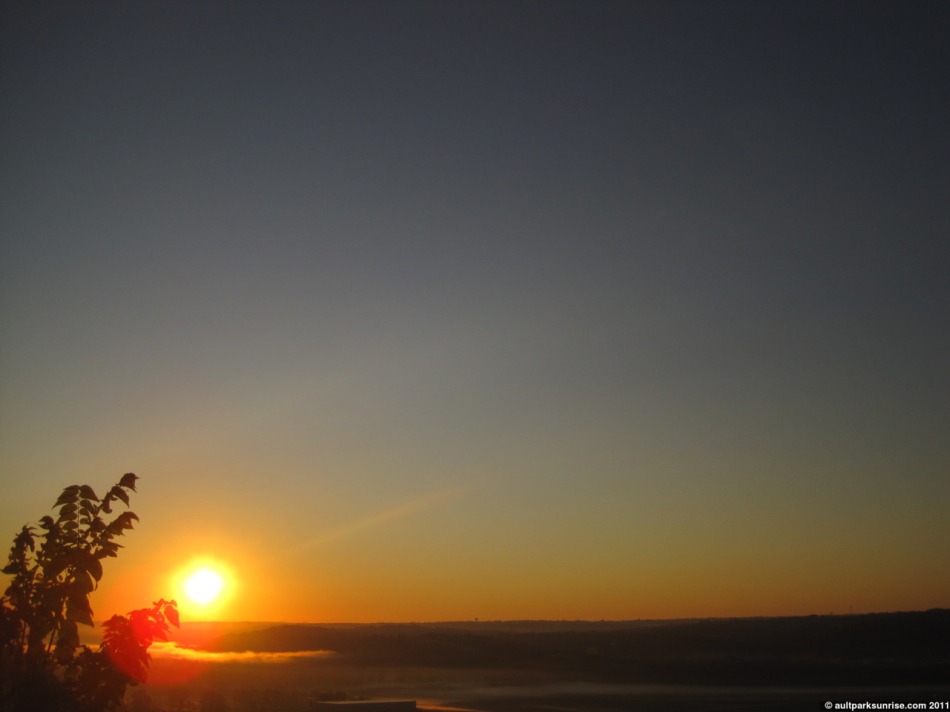 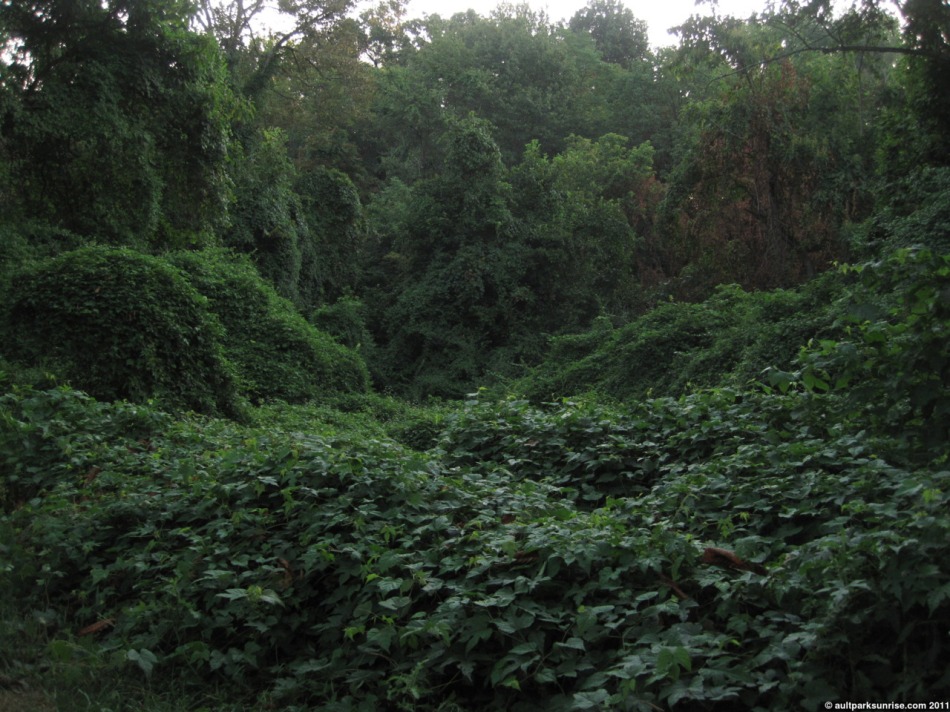 The “Kudzu Landscape”, a scene that comes to life in Alms Park during the late summer and autumn months.

Kudzu is a vine that originated in Japan. I’ve always had a slight fascination with this plant for the past several years, even though I’ve never sat down and looked up information on it. I didn’t even know the name of this vine until last week when a fellow Cincinnatian told me that the vines I was seeing in the parks was not anything resembling left over grape vines (although I’m sure they’re out there somewhere!) but in fact was this plant called “Kudzu”. Ever fall I notice the kudzu plant taking over the local hillside forests and creating a kind of surreal green blanket across the tops of the trees and bushes. I haven’t noticed the vine much lately, and that’s seems to be how it works. You don’t think about it in the spring or early summer, but when you finally realize just how expansive the vine truly is, it has already taken you by surprise!

I first saw Kudzu on a family trip down to the mountains outside of Gatlinburg, Tennessee. The vine blanketed the mountainsides and the 10 story high trees, taking advantage of the clearings at the edge of a forest, where the trees stop and the asphalt begins. The leafs on the vine are large, about as big as my face or larger. Apparently a single plant is responsible for most of the blanket in a region. The base of the plant could be located deep in the forest while the vines spread out to create a sea of flowing solar panels. It seems most of the resources that the plant gathers in the form of sunlight are re-invested back into the production of vines and, as it follows, more solar panel leafs. According to my research, the plant can grow up to a single foot a day! That explains how the vine seems to appear out of nowhere.

I still haven’t made up my mind on how I feel about the Kudzu. On one hand, the kudzu is a tremendous grower. I’d love to have a Kudzu plant of my own to prune and take care of. Imagine how lush a quiet back patio could be with a well manicured and healthy Kudzu vine. Each branch of the vine could be trained carefully to mold itself across the brick walls. It would be a lot to take care of during the heavy growth season, but it wouldn’t take much time to create a surreal breathing texture to a cozy garden.

On the other hand, in the wild it is considered an invasive species. I can see why, of course. It just grows too damn fast! It out-competes all the local wildlife and can choke the life out of a forest by preventing the trees from getting any precious sunlight. It is neat to look at, but I also find myself wondering how all of the bushes and underbrush are doing under that thick smooth mess of Kudzu. I find it interesting though that, while the plant itself grows quickly and covers lots of ground, I don’t see it *everywhere*.

It may seem that the kudzu is left free to roam through Alms Park, but now that I think about it, I have never noticed it in Ault Park. Although this also goes back and points to my theory of Ault Park and Alms Park’s Yin/Yang relationship. I’m talking about how Ault Park is manicured, designed, symmetrical, with planned gardens and lots of flowers, with the forest pushed to the edge of the park, while Alms Park is more organic, where the forest seems to be all around you. There are small flower gardens in Alms Park but they’re not the focus as they are in Ault Park. Alms Park is more quiet and has some of the most majestic oak and pine trees that I’ve ever seen. So could it be that the Kudzu is simply left to grow in Alms Park? I imagine it is a lot of work, anyway, to remove such a quickly growing and invasive plant. I’ll have to ask the park service guys about what they think of the Kudzu.

Now a little bit about the history of the Kudzu. Did you know that the Kudzu was brought over intentionally from Japan in 1876? There was this huge garden exposition in Philadelphia where many countries were invited to create a display that showcased their native flowers and plants. Japan’s Kudzu display was a huge hit, and for the next 75 years American gardeners (and government!) couldn’t get enough of the plant! You can still visit this original location as it has been preserved as a heritage site. In the East it is a well respected plant, but apparently in the American South it grows faster than back home! And without the rest of the ecosystem intact that likely would have kept the kudzu in check (with how fast the kudzu grows, you’d think it’s trying to out-compete *something*!), it continues to spread rapidly.

In the early turn of the century, there were many practical uses that came about as the plant gained wide-spread use. Here are a few of the things that are mentioned:

By 1953, however, it was apparent that the vine was growing too well! It was deemed a “weed” by the government (whatever that means).

In the next few weeks I’m going to keep my eye out for the growth of the Kudzu. I’ll hopefully get to check out some of the purple blooms by the end of the season. 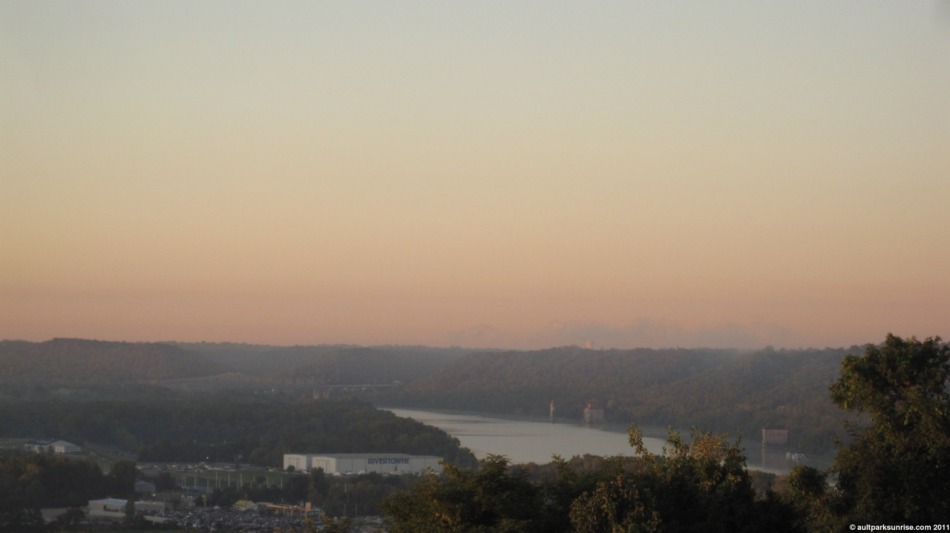 Looking down at the Ohio River from Alms Park. 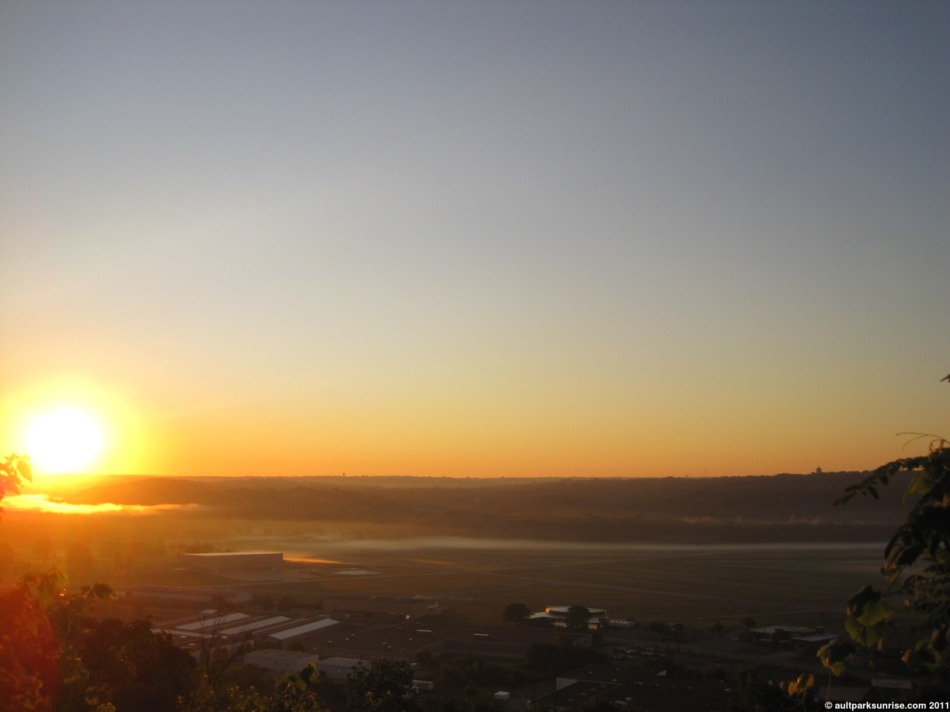 A crisp and clean summer sunrise over Lunken Airport 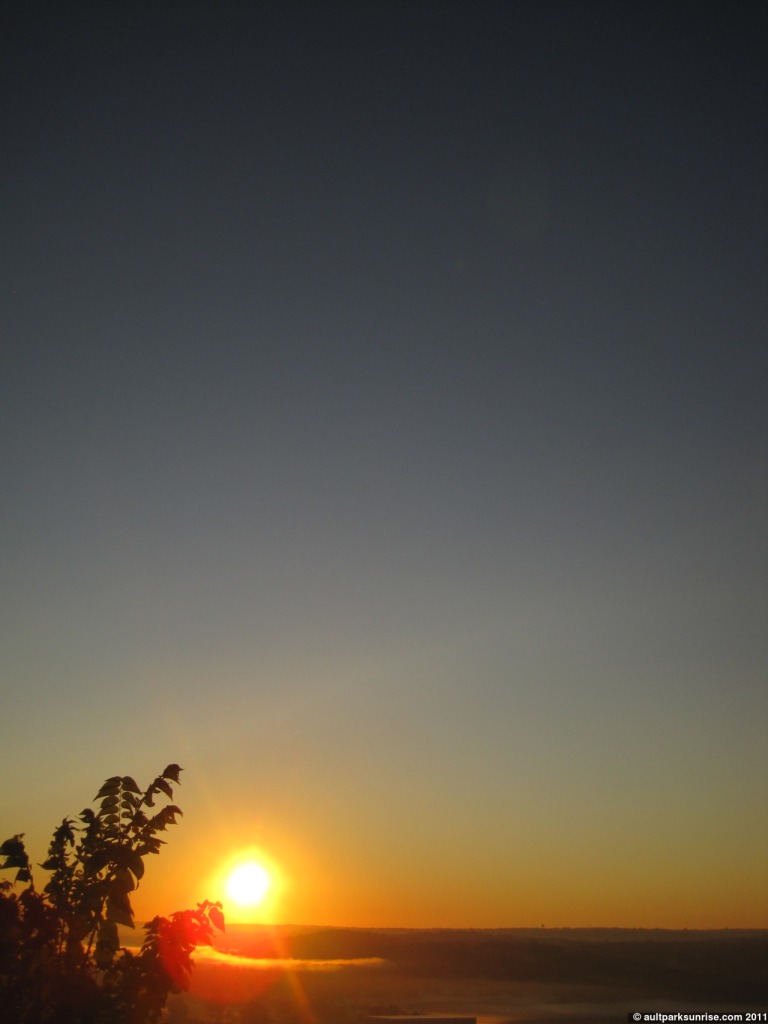 I’m becoming obsessed with these color gradients in the morning sky.

For the 8 other pictures, if you’re on the front page, click to continue: END_OF_DOCUMENT_TOKEN_TO_BE_REPLACED 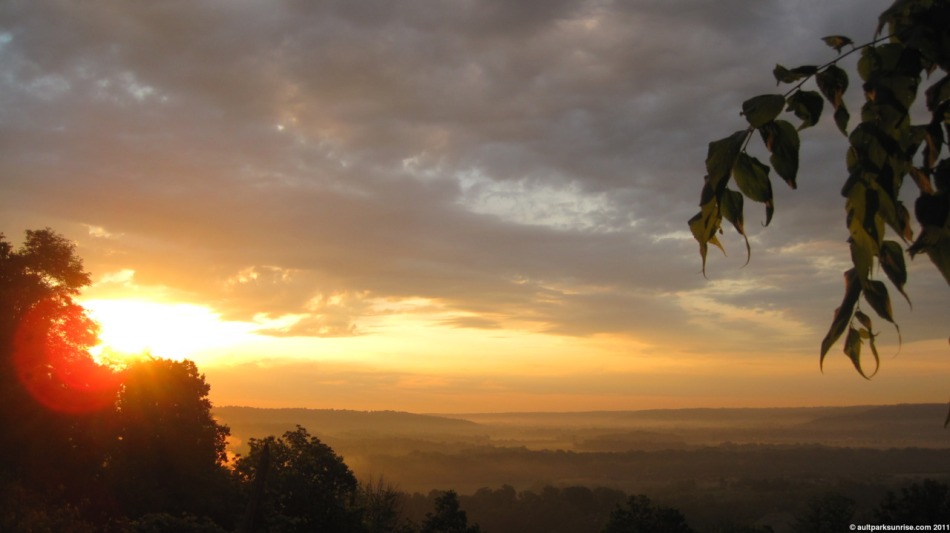 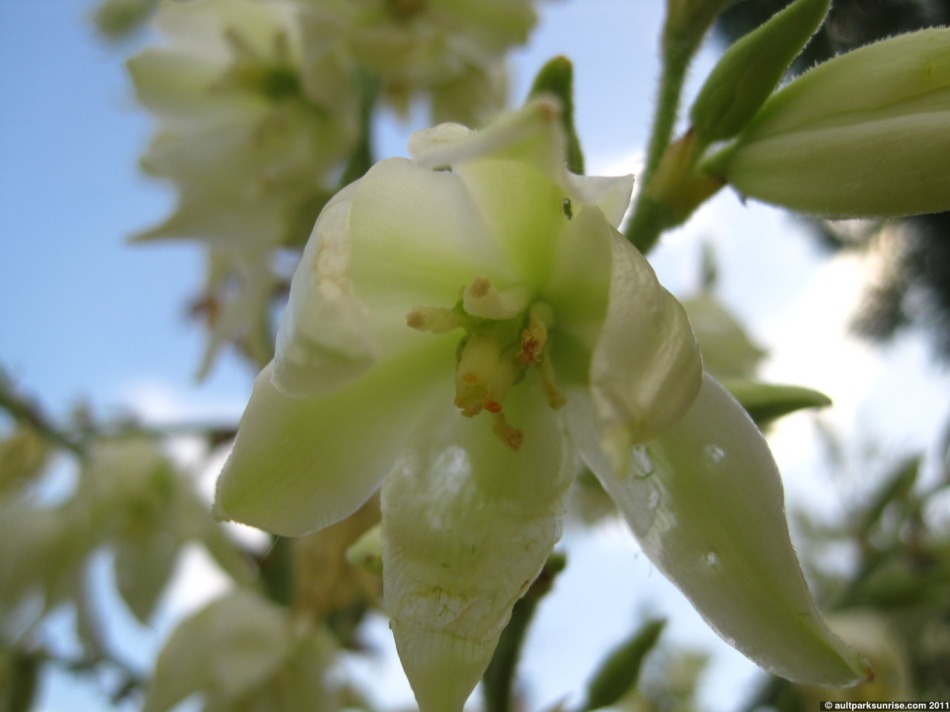 In preparation for our trip, I had an early morning appointment yesterday that didn’t allow me to see the sunrise. We’re heading out tomorrow to San Fransisco and Sacremento, California, where I’m attending (and doing a brief talk) a medical device commercialization conference for work. I was hoping to put together the “best-of” for sunrises 11-20 but ran out of time! I’m thinking that our trip will be a good time to knock a couple of the best-of posts that I’ve been meaning to generate. I’m also hoping that while we’re out there, I will get the opportunity to do a couple “San Fransisco Sunrise” and “Sacramento Sunrise”. 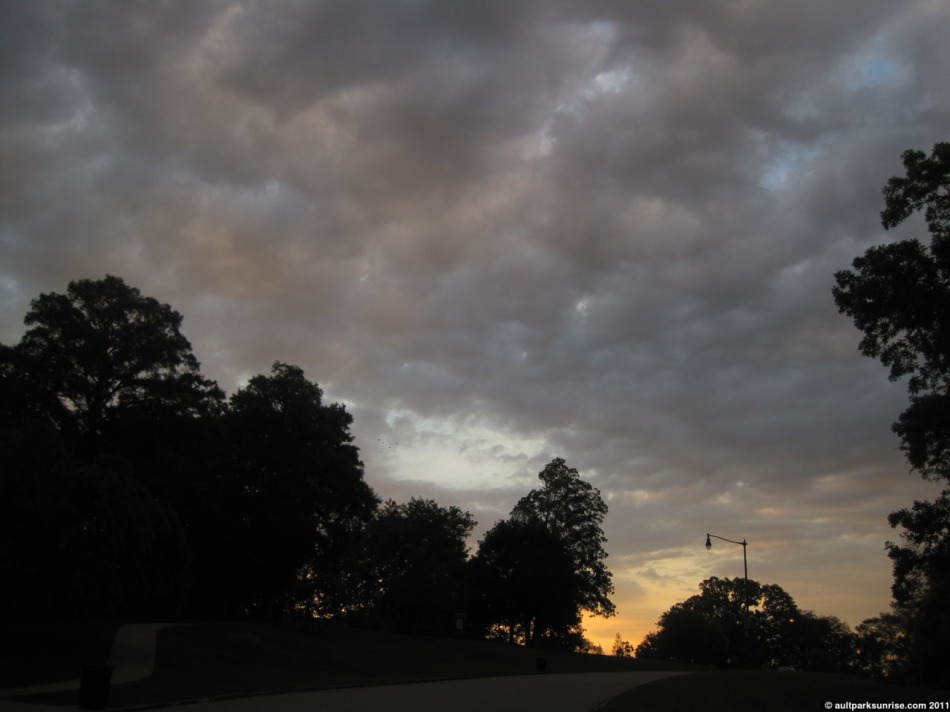 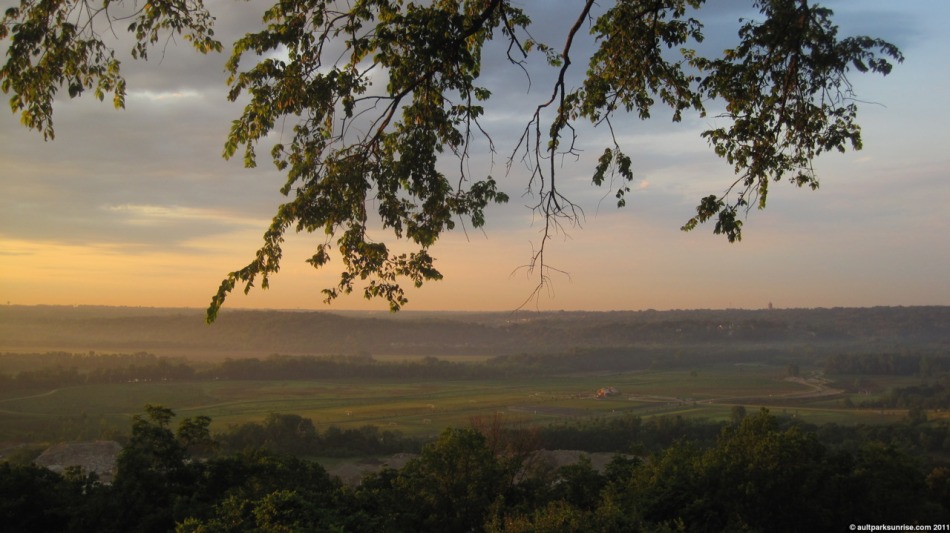 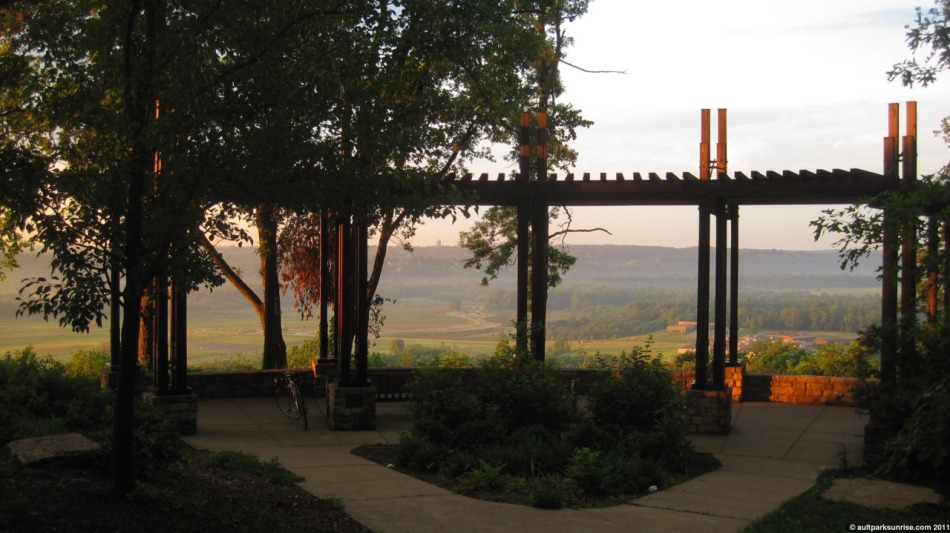 This morning was meant to be a brief sunrise due to the fact that I still have to finish getting ready for the trip! I was about ten minutes late to the sunrise but when I arrived it was evident that the morning display was going to be one of a kind. The air was warm and a bit damp, but there was only a light mist down on the valley that provided great lighting dynamics without casting Armleder Park in a thick fog. 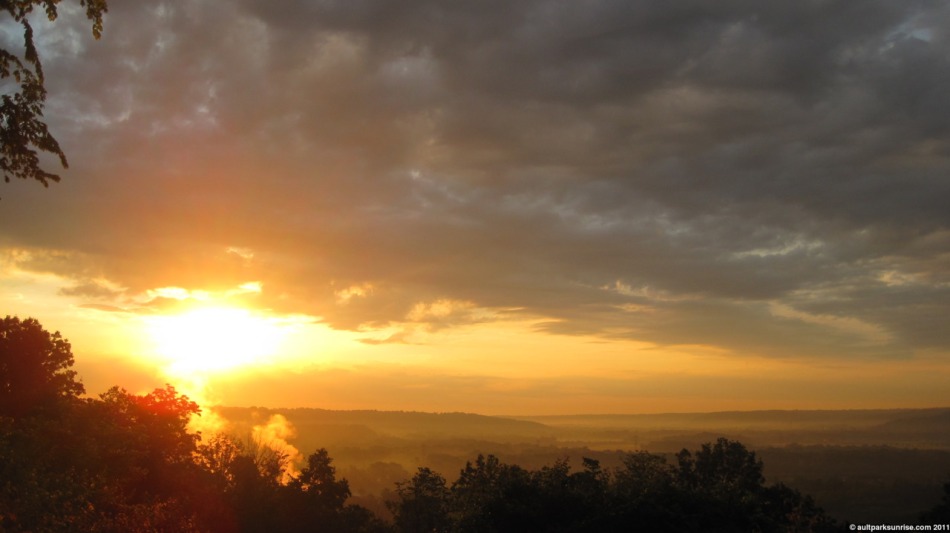 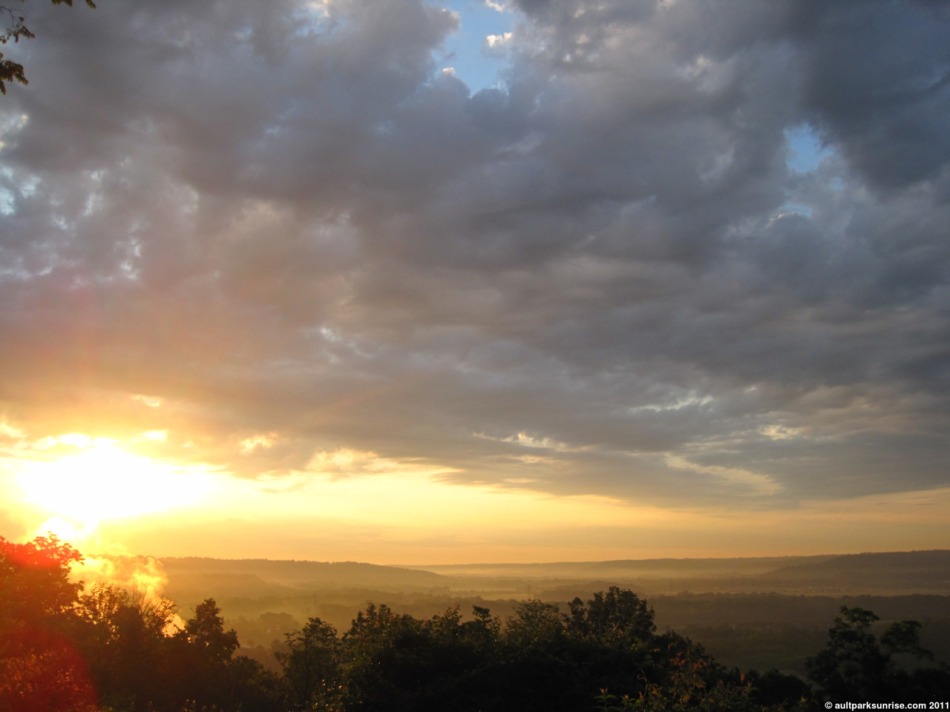 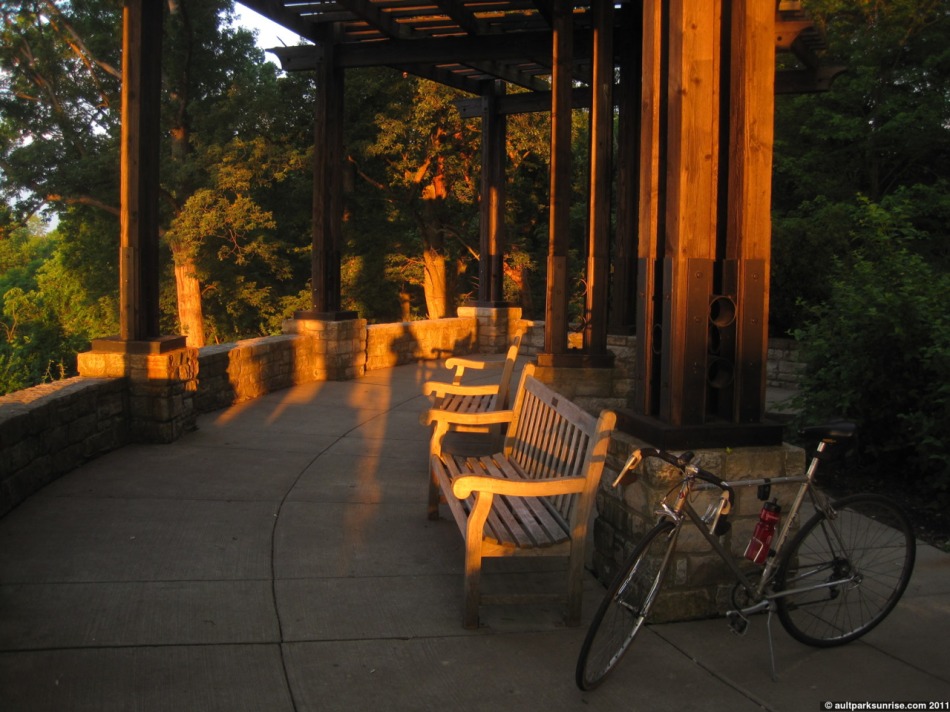 The bench and the bike 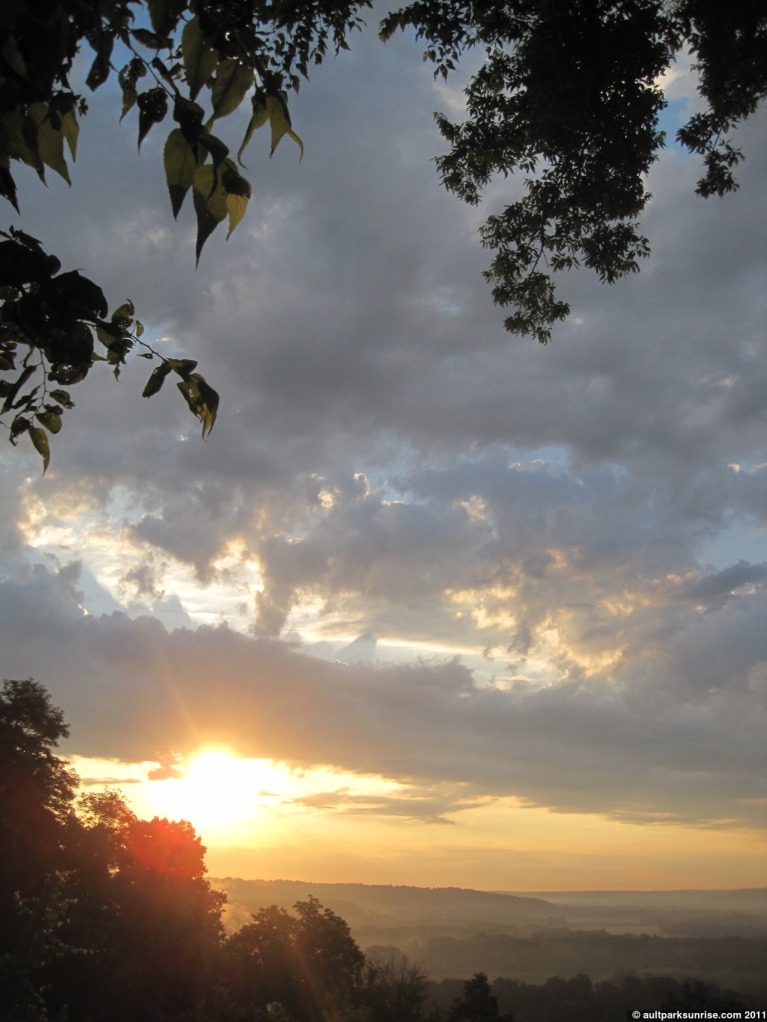 A bit of a lighter shot

If you’re on the front page, click to continue! About 20 pictures in all today. END_OF_DOCUMENT_TOKEN_TO_BE_REPLACED