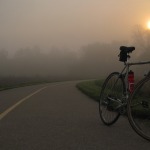 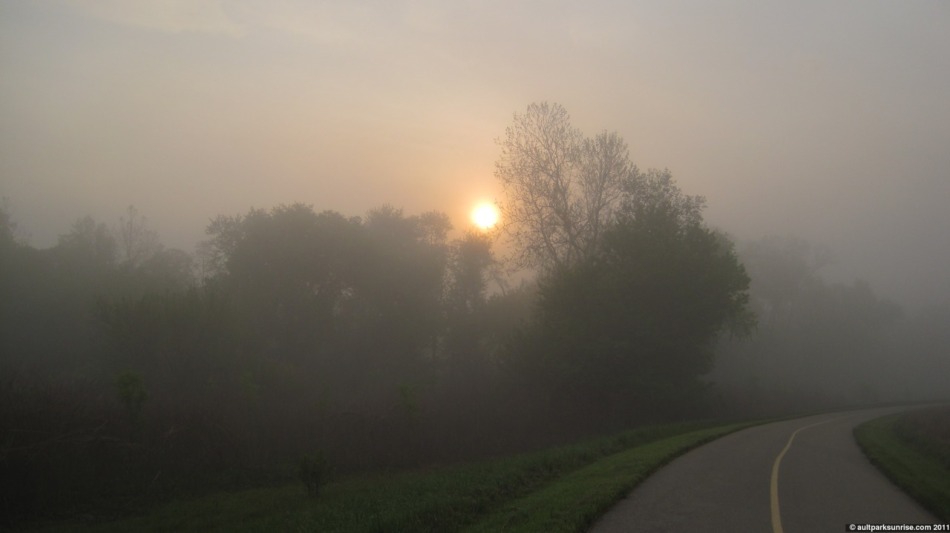 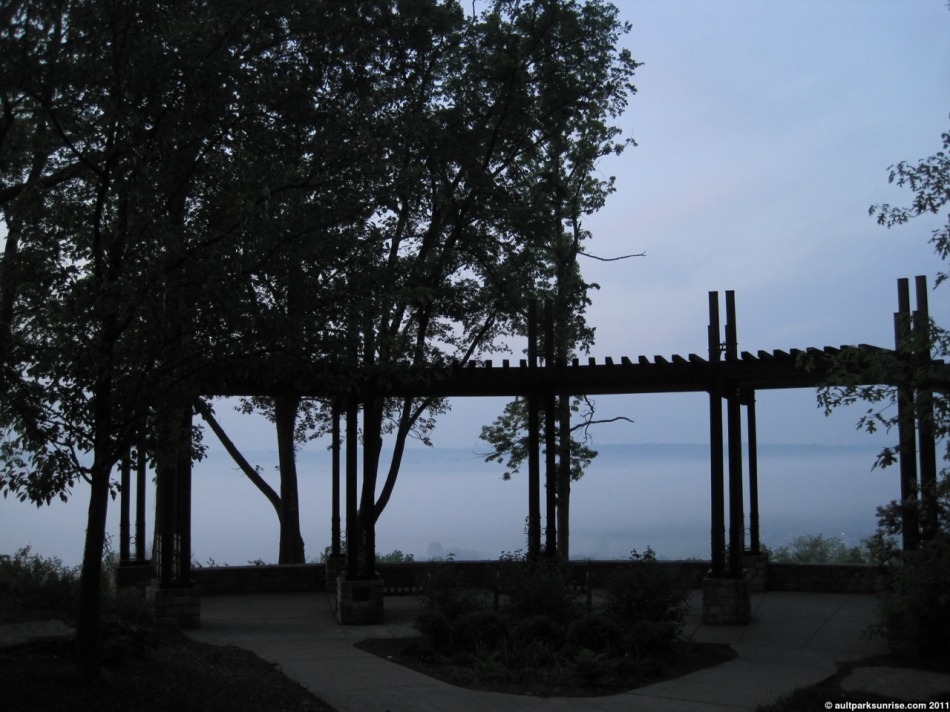 As I left my apartment I noticed that there was a slight haze to the air, a bit more than usual, but nothing close to what I would call fog. As I approached the overlook, however, I realized that the entire river valley was completely submerged in a thick blanket of fog, no doubt caused by the proximity to the swollen little miami river. I imagine that the Ohio River is just as foggy and the view from Alms Park would have been incredible. Seeing as how I didn’t have much to look at up at the overlook, and that even the fog was hard to capture correctly without the picture turning out drab and dreary, I decided that it would be a fun exercise to see if I could “catch the fog”, so to speak, by climbing down the mountain (280ft decent over about .8 miles) and attempting to, for the first time, figure out a way to get to Armleder Park on my bike. As it turns out I got sucked back up into some more history, after the historical vineyard ride from Sunday; a trend likely to continue. If you’re on the front page, please click to continue. If nothing else check out the pictures after the fog broke a bit – towards the bottom. END_OF_DOCUMENT_TOKEN_TO_BE_REPLACED