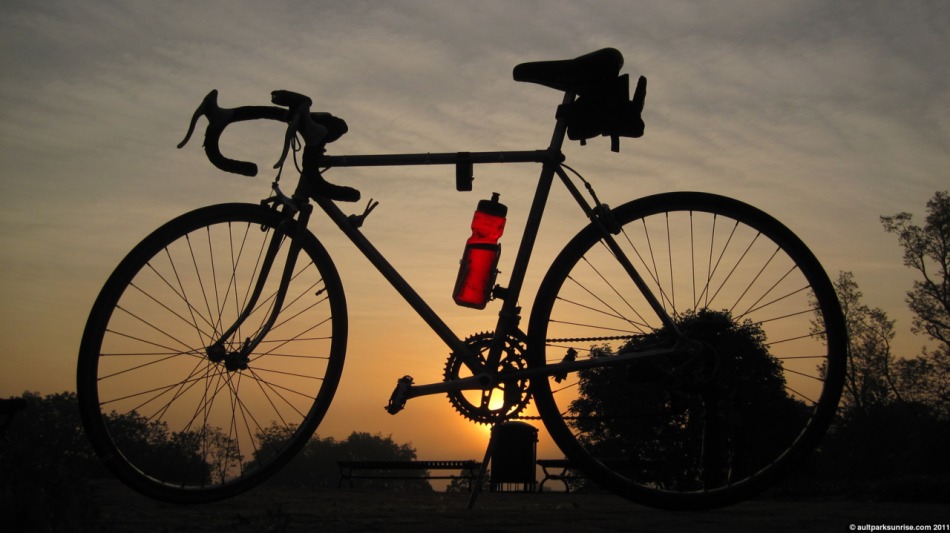 This morning was the first time I have “skipped” a sunrise. By means of coincidental timing and a wife who wishes me to stay intact and electrically solvent, I stayed in bed while the electrical Armageddon took place outside our window at exactly 6:00am. I was considering hopping on my lightly isolated steel lightning rod and riding up to the top of the mountain but I’m grateful that Amanda made the call without me having to :). The timing of the morning storm was impeccable, at 5:30am I had woken up early, noting that the rain that passed through at 3:00am had stopped. But by the time sunrise approached, a new front rolled through the area and brought with it intense electrical behavior, including several thunderous cracks that lit up someone’s tree in the immediate vicinity. I opted instead to finish writing the article from Saturday, Sunrise 36, which involves my most adventurous exploration yet. Knowing that I would still have a post to make for today made it that much easier to not venture out into the chaos.

Fair warning – lots of pictures here, sorry if it slows down your computer!

I got up with the sun on Saturday morning and went exploring around the area, this time deciding to venture north a bit. The only real item on the agenda for the morning was getting up to the Rookwood Pavilion and seeing what I could find out first hand about the remnants of the old R.K. LeBlond factory. I found out about the history behind the factory after exploring the St. Ursula Villa, which was LeBlond’s old estate. I had heard that the old industrial site had sits at what is now the Rookwood Pavilion, a shopping area developed in the mid 1990s. The developers, as it turned out, were respectful enough to keep the old factory and “smoke stack” intact. The factory building itself is now a Don Pablo’s Mexican Grill. I also explored the now-defunct rail line that runs to the south of the pavilion as well as the grassy “urban prairie” to the north of the shopping district that at one time was a small neighborhood that succumbed to the “eminent domain” of over-zealous developers whose plans have themselves succumbed to the recent recessionary period. I continued north up small residential connectors into territory I’ve never explored by car or bike, and stumbled onto the beautifully grandiose “United States Printing Company” and the “United States Playing Card Company”, a building that surprisingly enough was even more impressive. 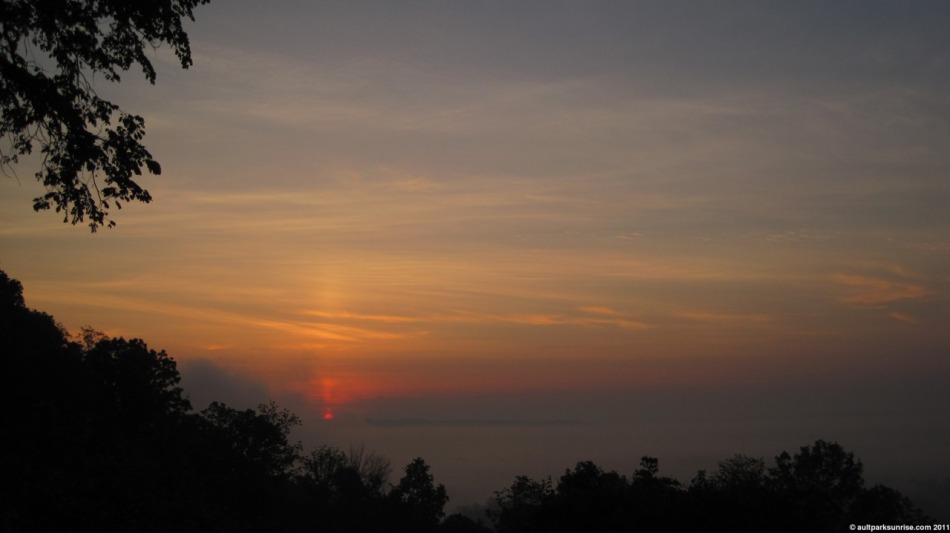 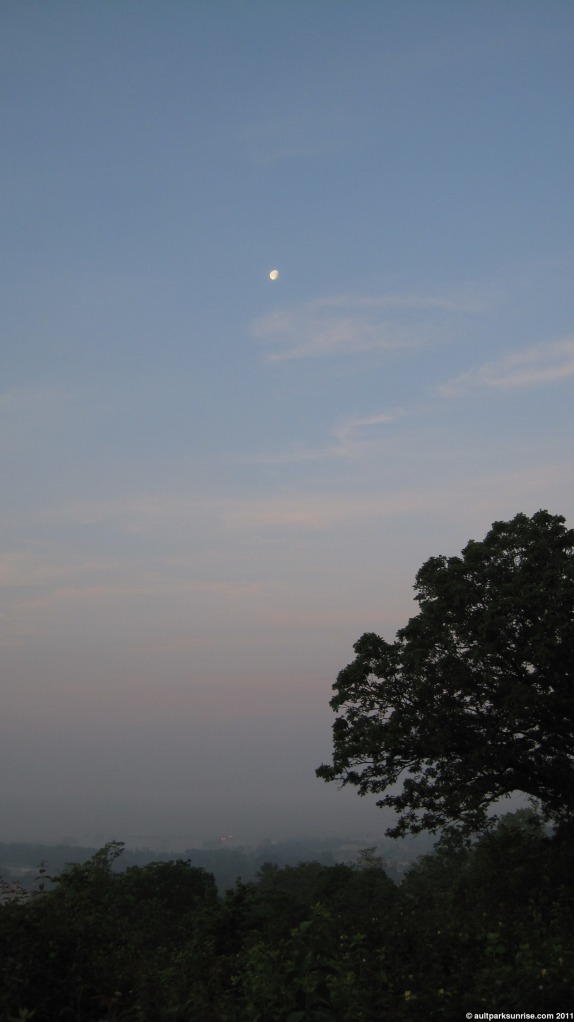 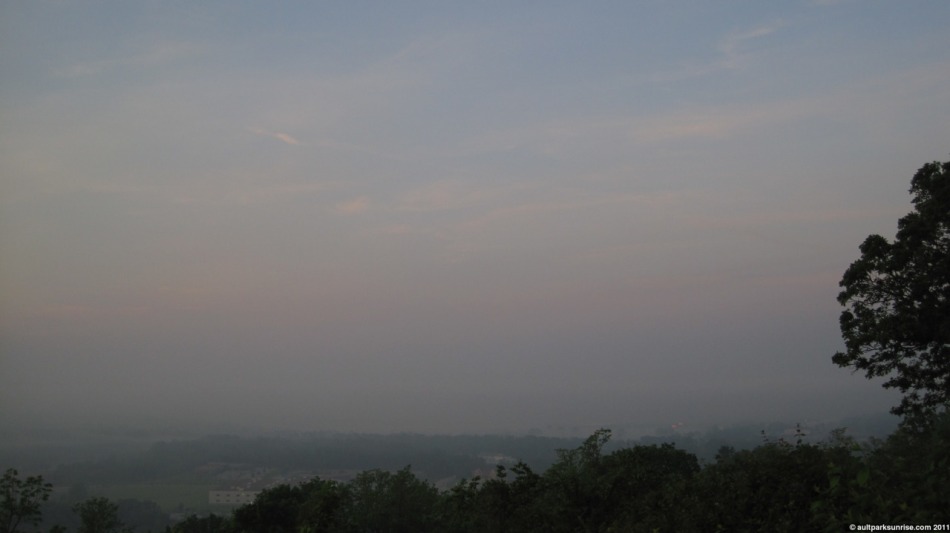 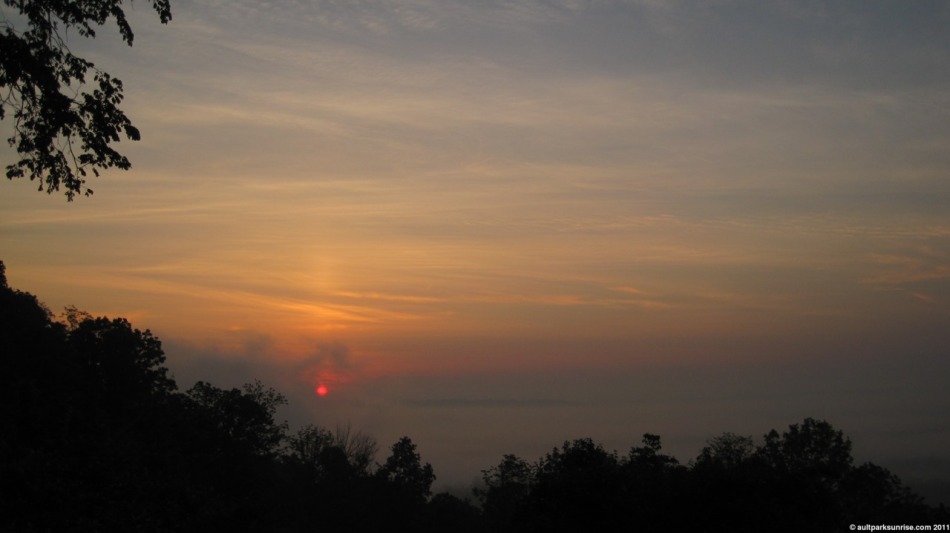 After the break in the overcast weather by the great sunrise Friday morning, I was hoping for another colorful morning at the overlook. The morning sunrise was marked with a haze in the atmosphere and a light layer of upper atmosphere clouds. Once again a thick layer of fog had settled down into the valley, causing me to consider altering my proposed “RK LeBlond Exploration” in favor of a southern valley exploration. I have been meaning to take pictures of Lunken Airport and a morning with thick fog and a clear morning sun would provide some fantastic lighting opportunities. In the end I saved this for another day, although I put off making a decision about it for another hour or so – wondering if I could in fact do both.

If you’re on the main page, click to continue. 100+ pictures in total today –> END_OF_DOCUMENT_TOKEN_TO_BE_REPLACED