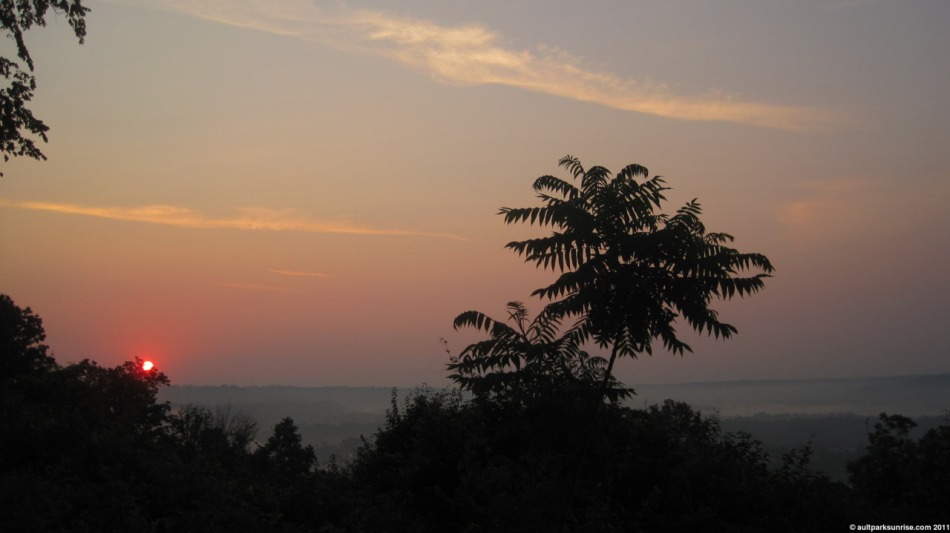 I decided on my way to the park this morning that I was going to have a “light” day on the pictures. I felt like re-connecting to the first posts of the project, over 40 sunrises ago. And this is exactly what I did! The sunrise was peaceful, serene, and warm. The birds were chirping loudly and the squirrels were flitterpating. I saw several pairs of squirrels running around through the streets and loudly clamoring up and down the trees. 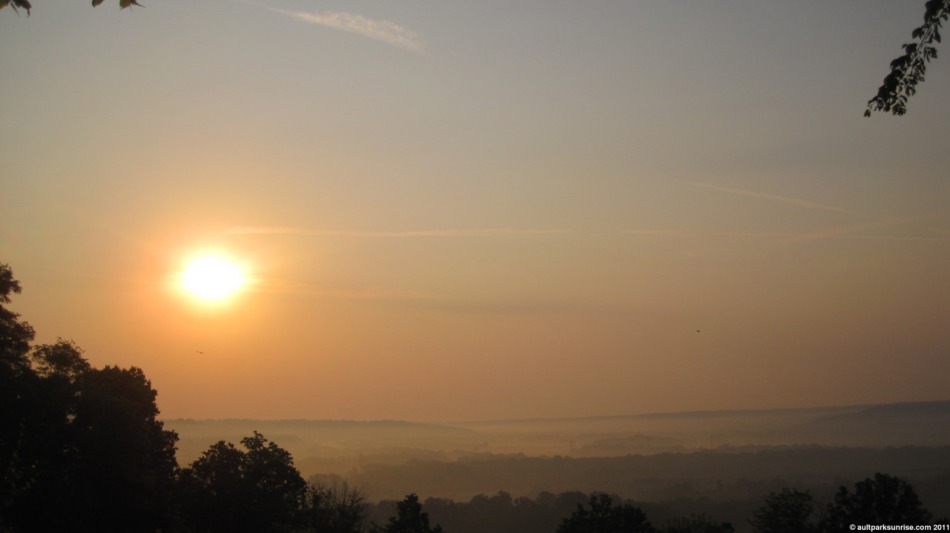 It makes for an entertaining show – watching as the squirrels play a game of tag back and forth through the trees, no doubt a side effect of the female testing potential mates for traits that would help her young survive. I’ve noticed that Ducks seem to be the masters of this. There aren’t any Ault Park Ducks but I’ve watched several ducks down by the Ohio River and at lake behind our friends’ home. The females can take off in a tear, weaving and dodging between trees, swimming quickly around the boats and obstacles, and take off again. The female can be followed by anywhere from a single male up to a group of four or five. Every maneuver she makes sheds one from the pack, until at the end of the obstacle course a lucky male is left with the female’s attention all to himself. Their babies will, of course, have this predisposition for an intricate mating ritual, perpetuating the genes responsible for the behavior. Mr. Peacock would have something to say about picky females. 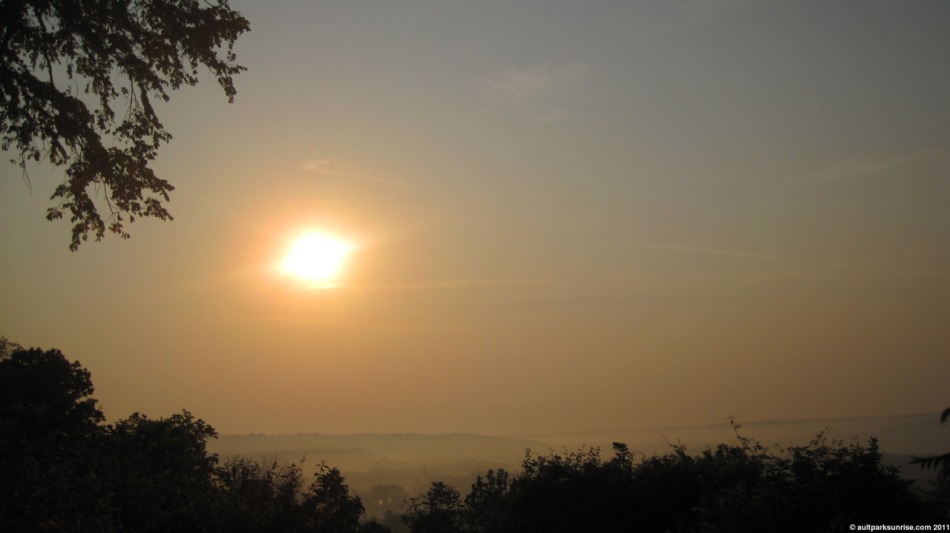 After about twenty minutes at the sunrise, I was joined by a gentleman who wanted to check out the sunrise. We ended up talking for about half an hour; a welcome break from my morning solitude of the past couple of weeks. Biking around checking out the neighborhoods is a great activity, but it is nice to switch it up a bit every once in awhile.

The gentleman, Bill, was a chauffeur for a driving company. He told me about all the big time executives that he interacts with on a daily basis, learning about their lives and their stories, before they disappear back out into the world forever. He said that being a driver is, in a way, kind of like being a barber or a bartender. In the solitude and privacy of a car, people relax and open up. Bill’s well-honed skills of listening to a stranger found a good match with my talkative nature, I only hope I didn’t hog the conversation too much.

Bill was probably the first person who I’ve had a detailed discussion about the sunrise project and morning rituals in general, outside of a person who discovered Ault Park Sunrise on their own or someone who I told directly. We even talked about an idea that he had about taking a picture of all the random places he travels to in a given week to pick up people. I imagine he has enough interesting stories to fill up several books!

One thing Bill told me about that I am going to try my best to check out is the upcoming car event at Ault Park. This Sunday there is a car show, one that sounds classy and features the traveling high-end rare classics. The event is the Concours d’Elegance and occurs every year in Ault Park. This year is their 34th year in Cincinnati. There are only a handful of locations in the United States that the Concours d’Elegance rotates through. Tickets look to be $20 pre-sale and you can buy them online up until Saturday night at 10:00pm (the event is Sunday). There looks to be something called the “Countryside Tour” which you can do for $35 per car (that sounds like a good deal if you’re allowed multiple people per car!) The ticket allows you to ride in one of these classic cars through the countryside of Ohio and Kentucky. Here’s the gallery page from the 2010 tour. Not sure yet if I’ll be in attendance but it sounds like a fun time!

It is really starting to feel like summer. The trees are thick with leaves and the air was humid and warm.