(Not sure what flower this is, but I really like it).

This morning was similar to yesterday morning in that the temperature is in the lower 40s (about 6-8 Celsius), except that today I was ready for it. Perhaps it was this preparedness that made the morning chill seem not too bad. Whatever the reason, I was determined to not let the thick overcast sky and the sharp bite of the wind put down my explorative mood. Today I set off on my friend Geoff’s Trek 4000 again, with its knobby tires and low gearing. I realized, after talking with Geoff last night, that in fact I had ridden the bike incorrectly yesterday morning. I commented on “how low the center of gravity was” on the bike, but what I really was talking about was how low to the ground I felt. As it turned out I rode the bike with the seat all the way down at the post – a position Geoff had set the seat to for storage purposes. After raising the seat about 8″, and suddenly feeling stretched out and more mobile, I set off towards the park at a much more comfortable pace. Eventually I’ll check out the “Garden of Old Roses” – one of the three lawns in the center of Ault Park, below the pavilion. The new growth in the garden is a bit young, having only been blooming for a week or two by now. I imagine in another month it will be exploding in color.

The overcast cloud bank was thick. It was also relatively low to the ground. I lost most of the planes taking off from Lunken Airfield quickly as they rose up into the atmosphere. I decided that instead of sitting at the overlook, a location that has become familiar and comfortable, staring at the featureless gray sky, I would set out to the arboretum and have my morning coffee at one of the benches hidden back under the small trees. I set off for the pavilion to look for a photo subject or theme for the morning. Now that I have a new image processing script that takes the tediousness out of adding pictures to this post, I was prepared to be generous in the usage of my small camera. (Before my update to my script earlier this week, each picture would take, let’s say, 1 minute to add to a post individually. Now I can add all of them at once so it costs no time extra to take a few additional pictures). 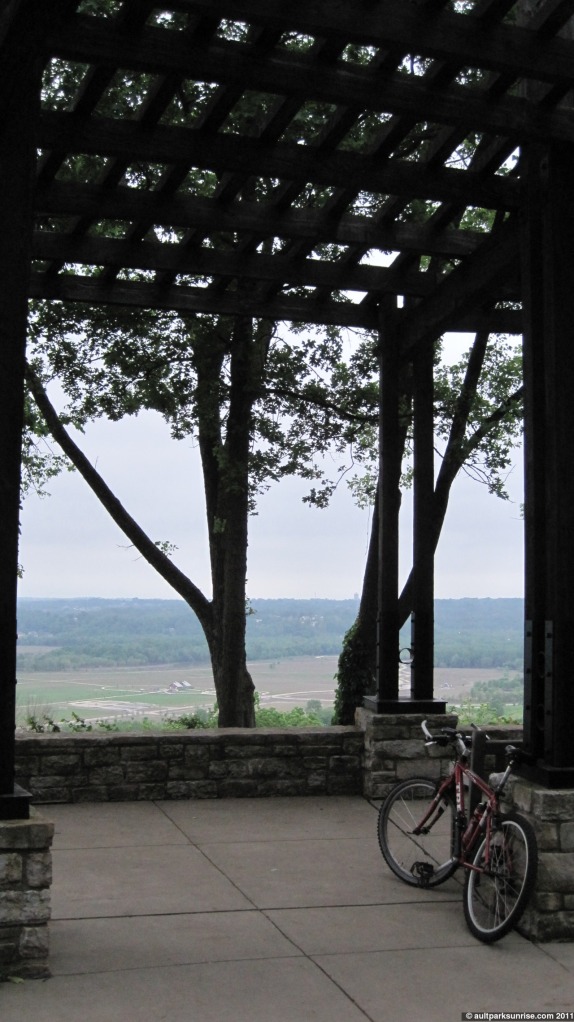 The kickstand-less Trek 4000. It is nice not having to worry about the gravel trails in the lawn, but the top speed is about half of my Fuji-S10s for the same effort up the hills.

The sky was a dark gray; I had a surprisingly hard time figuring out the best lighting configuration with the camera. If you’re on the front page, please continue to see the roses and more. END_OF_DOCUMENT_TOKEN_TO_BE_REPLACED