I woke up this morning at 5:55am and hit the snooze button. I should have taken notice when my alarm first went off and I couldn’t hear it; perhaps snoozing wasn’t the best idea. We had a floor fan turned on that was generating lots of white noise, perfect for sleeping but not perfect for hearing a phone alarm on the lowest volume setting. I woke up in a fury at 6:21am, 3 minutes past sunrise. Was I too late?

Last night we had a behemoth of storms come through at around 8:00pm. Tornadoes were spotted in the sky up north and roofs were blown off of restaurants. I was actually out biking last night, likely feeling the itch after staying inside during the electrical armageddon of yesterday morning, and got up in the storm. Nothing gets the old legs pumping faster up the hills than running from a mega-storm. I was actually down by Lunken Airport last night when I noticed the dark thunder head rolling in from the west. My sister-in-law took a great picture of the storm moving about 50 miles up north in Dayton, OH: 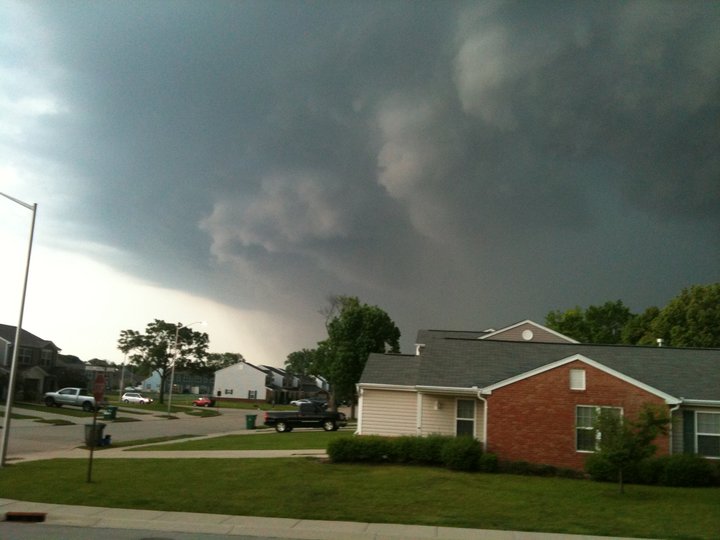 I actually almost got blown off the bike a few times as I was cranking up the 250ft accent from the river basin to Mt. Lookout.

Back to the morning wakeup. I leaped out of bed and threw on my clothes. I looked outside – a light gray sky indicating a possible overcast scenario. Good! I thought. At least I won’t miss anything! I was out the door by 6:24am.

As I pushed up to the park, I noticed how sweet the air smelled. It wasn’t raining by now, and in fact the atmosphere and ambient lighting was getting brighter by the minute. The air had that after-rain smell to it, (I recently learned this is called petrichor) and the trees were still dripping. As I climbed the hill, I noticed that the sky had started to burst open in a light orange color. I pedaled as quickly as I could, mentally kicking myself for not being more prepared for a perfect “after-storm” sunrise. I’ve been noticing a lot of incoming google hits for phrases relating to “the sky after a storm” and “kinds of clouds after a storm” so I realized that this could be a great sunrise that I didn’t want to miss. 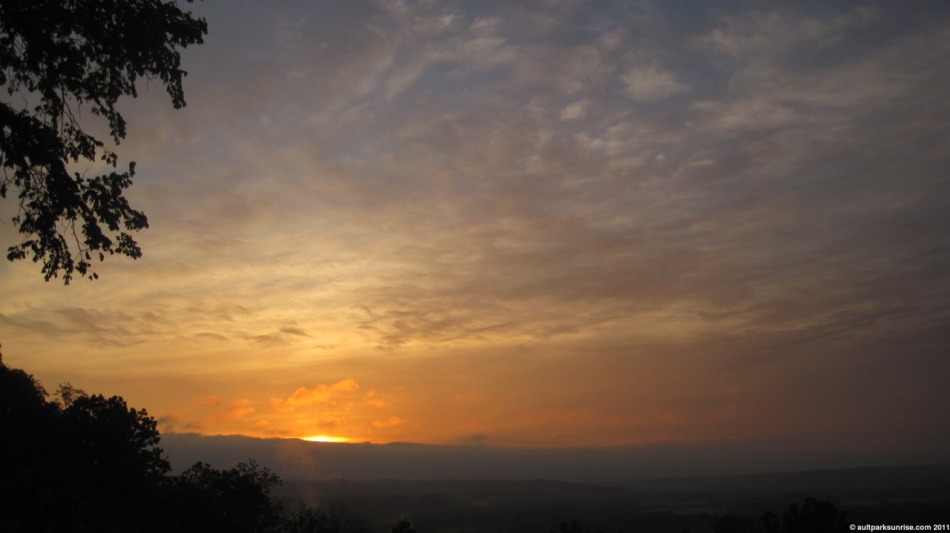 The bright orange sunrise. Little did I know that it wouldn’t last long. If you’re on the front page, click to continue –> END_OF_DOCUMENT_TOKEN_TO_BE_REPLACED