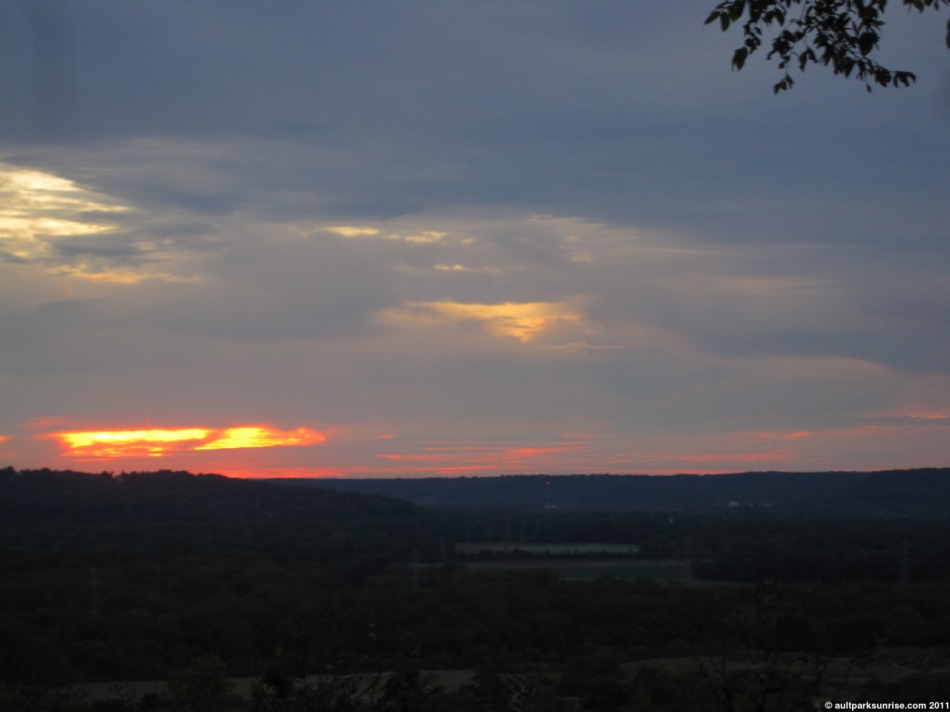 The sunrise this morning was overcast, quiet, and dark. There was a bit of orange display happening just above the horizon and the sun poked through a hole for about a minute before rising up into the clouds. There were many patches of sky along the horizon that provided some excellent lighting scenes, but they were impossible to capture on the camera.

Overcast with a small hole above the horizon

Great Ohio Bike Adventure, 2011. This was left behind and now that I see it is a decade old, I regret not picking it up and leaving a note. Hopefully the person who left it remembers where they last saw it and come back for it! The Great Ohio Bike Adventure (GOBA) is a week-long bicycle trip around a different loop in Ohio every year. I’m tentatively hoping to try it out next year.

Over the weekend we camped with some friends and family. On Sunday we visited a small town in Indiana called Metamora. I had never heard of the small town before, but my mom had visited with my grandfather many years ago. I didn’t have my camera, so I wasn’t able to take any pictures! I was really surprised to find out that the small town is maintained as a “canal village” that dates back to 1838. The “whitewater canal” is still intact and you can ride a passenger boat that is pulled along on the tote path by two 2,000lb Belgian horses. There is also a train rides along the rail line on the tote path to take passengers down a 15 mile trip through the Indiana countryside. The buildings were all in the familiar 2-story mid-1800s architecture style that I’ve come to recognize as the midwestern hallmark.
There was one thing that was curious to me and I found myself thinking about this morning when I was heading into work. There was one building that was titled the “I.O.O.F” building. I recognized the IOOF acronym, although I’m not sure from where. On my way to work this morning I took an alternate route through the heart of historic Madisonville, where there are many buildings from the late 1800s that have seen better days. I passed right by a small 2-story brick building and was surprised to see, sitting at the apex just below the roof, the words “I.O.O.F”. As it turns out, IOOF stands for Independent Order of Odd Fellows and is a fraternal organization dating back to 1811. There are 51 chapters still around in the United States, and I’m sure that the Metamora chapter is still around. I swear I’ve seen another I.O.O.F building at some point in the last year, either in Cincinnati or up around the Columbus area. A quick google search reveals many buildings around Cincinnati. I’m definitely going to keep my eye out and see what else I can find. It looks like the particular building I saw this morning, located on Mathis street, isn’t even included on the previously linked registry.