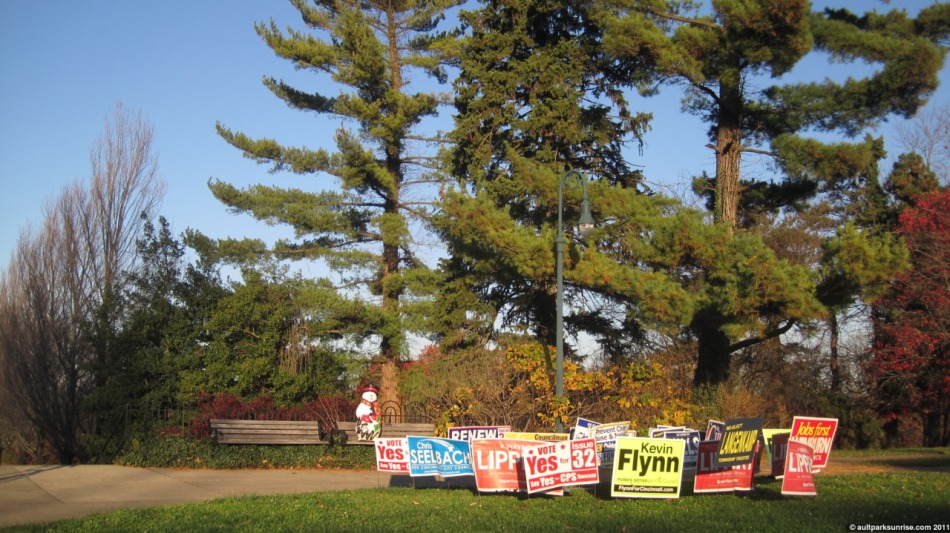 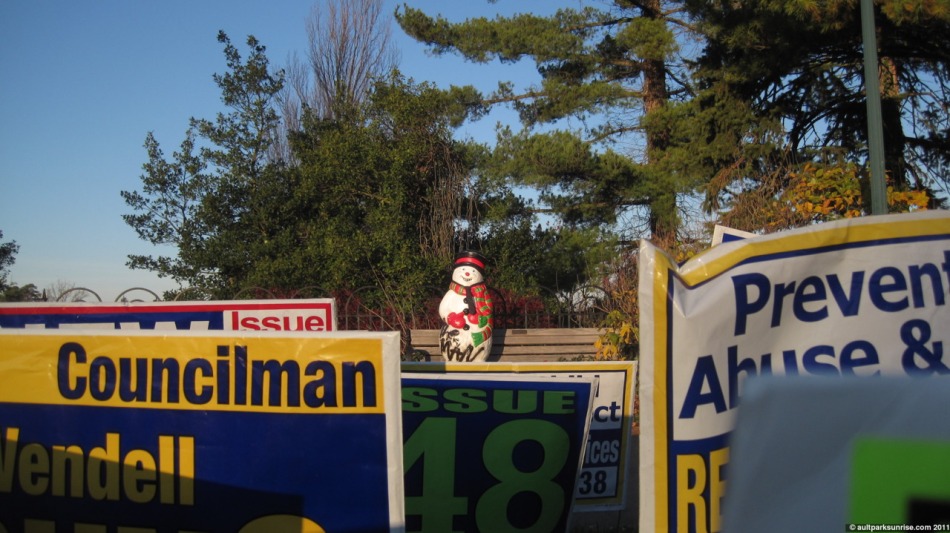 I, for one, welcome our new snowmen overlords.

As promised yesterday, this is the second part of Sunrise 118’s post.

Yesterday morning, after checking out the sunrise, I ventured into the park to see what was new. As I approached the lawn I noticed something across the way, about 80 yards on the other side of the park. Someone had gathered up a bunch of political signs and planted them together in a group. After all the local TV ads stop and the results are tallied, what ends up happening to all the political signs? Well, some of them ended up in Ault Park!

Upon closer inspection, however, it became apparent that these signs were not randomly placed about the lawn. Rather, they were all neatly organized in parallel rows, facing forward towards the set of benches. On top of one of the benches, low and behold, was a plastic Christmas snowman. As it turned out, I was the first to come across a renegade piece of art placed in the lawn of the park by some artist or group of artists. Here’s the scenario as I saw it:

I actually found it to be a very interesting piece. I have no idea who made it, or how much thought was put into it. Given the detail of the snowman, the tight clustering of the political signs, and the writing on each of the signs, someone out there certainly wanted it to be seen. Personally, there are several parts about the piece that I really loved. I may be extracting meaning where the artist didn’t intend there to be meaning, but I’ve always thought that relative purposeful meaning can be derived outside of the intentions of the original artist depending on the context in which a viewer of an art piece experiences the piece. Anyway, here we go. This is what I like about it. 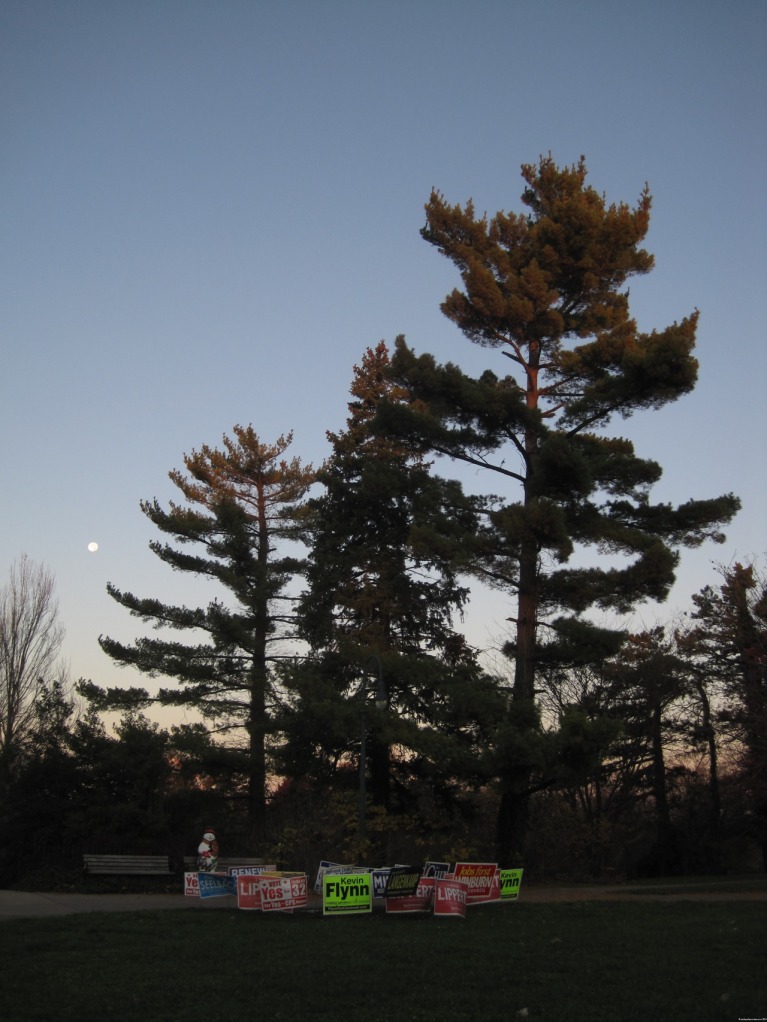 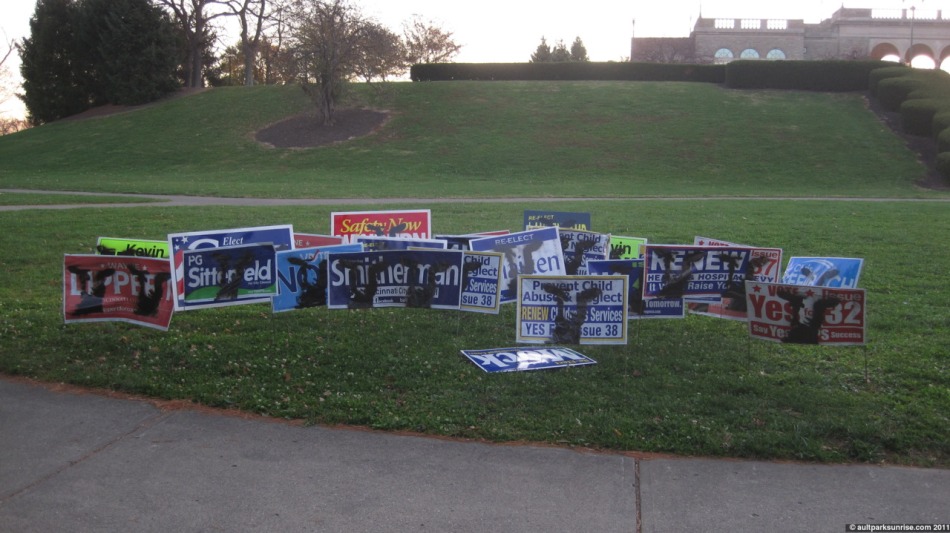 The eager audience, each “marked” with a V or double V in black shoe polish stencils of a sheep. 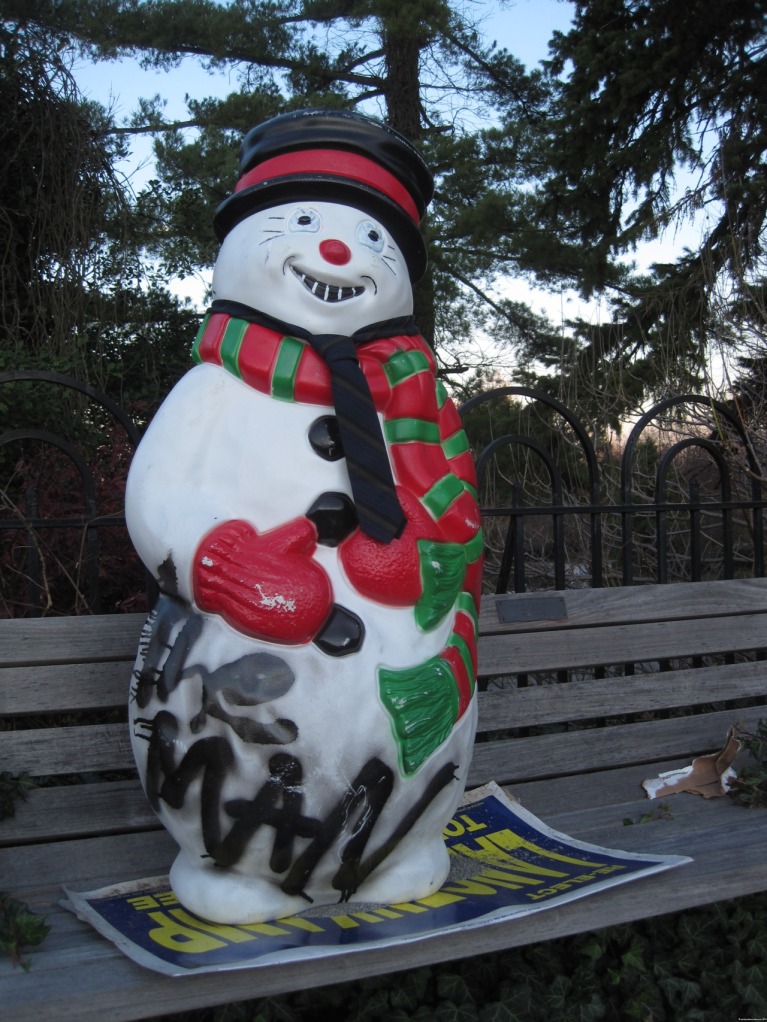 If you’re on the front page: for the rest of the pictures (about 19 total), please click to continue. 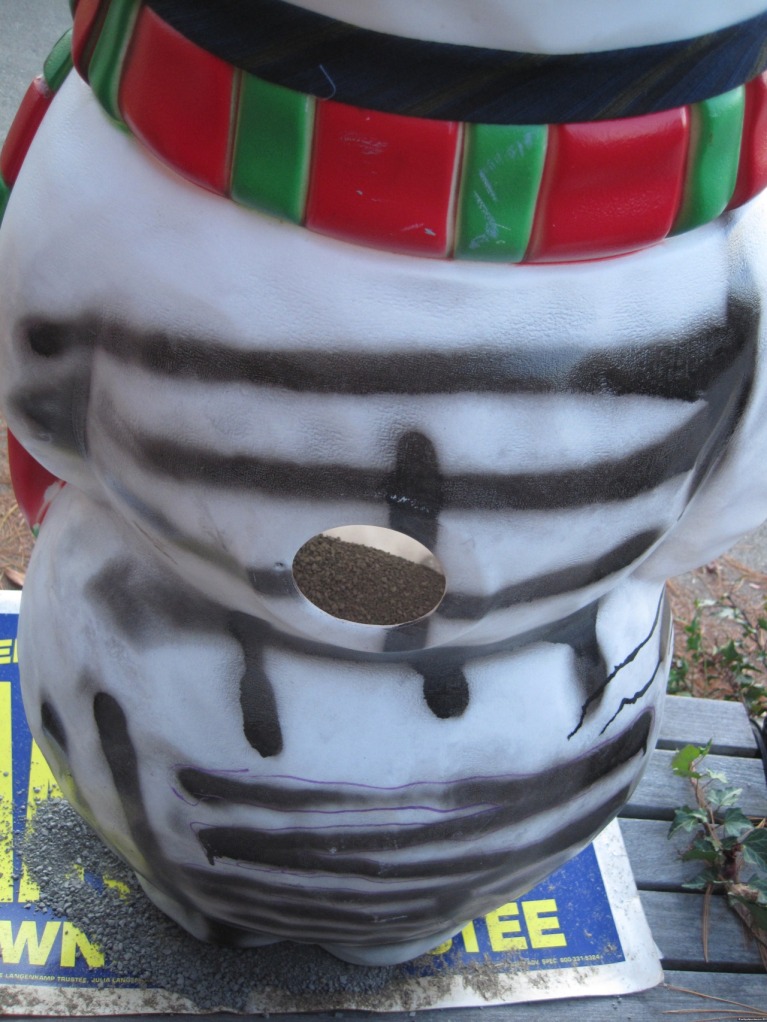 “The Man” marking on the rear of the snowman. 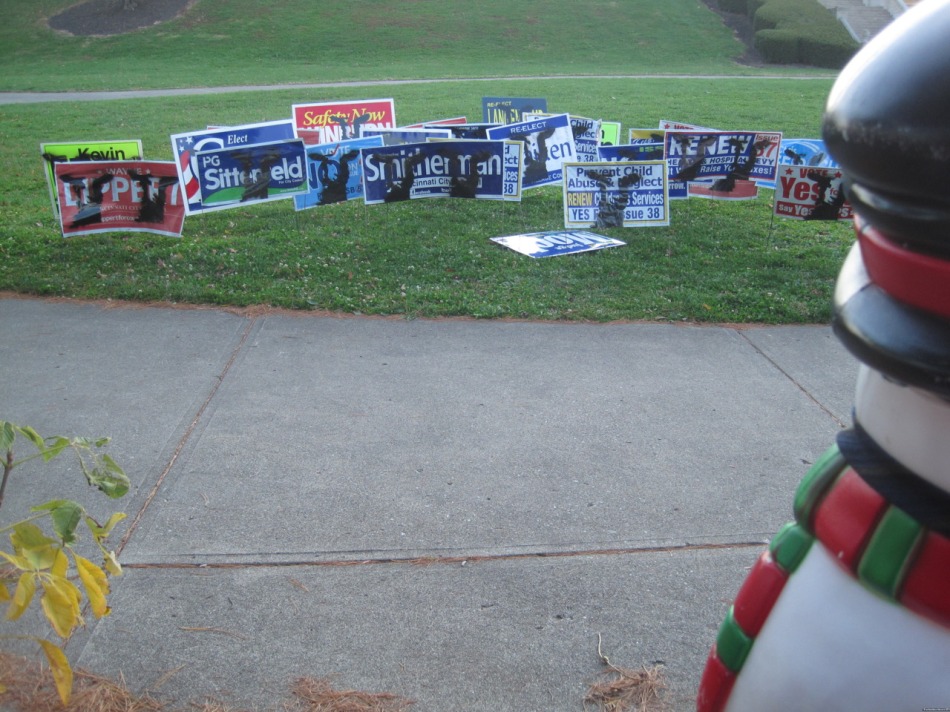 Looking out to the rally, the Snowman addresses his audience. 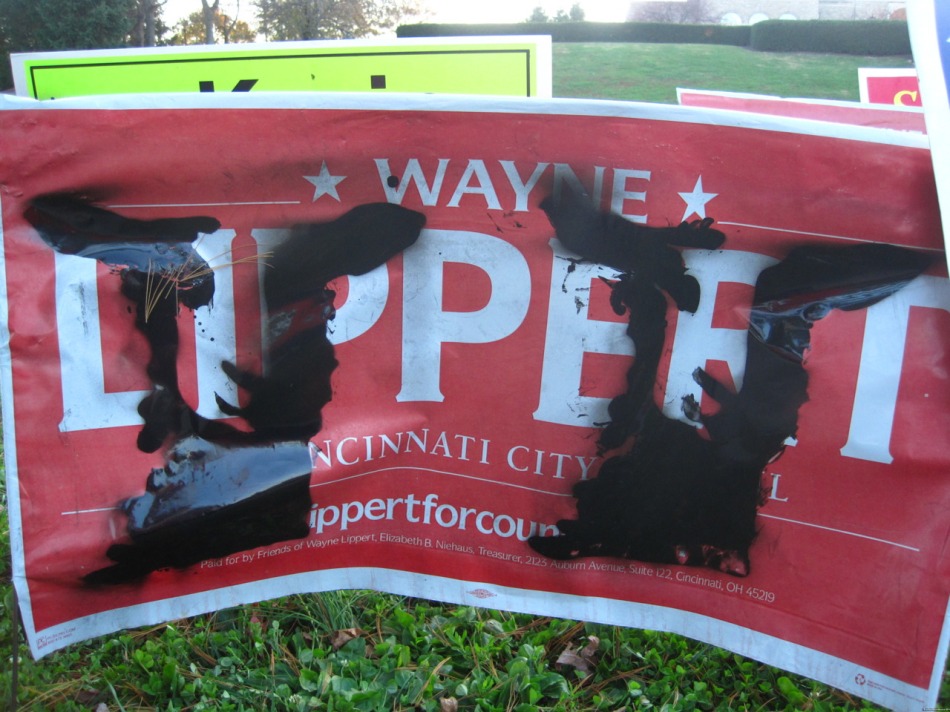 An example of the “double V” double sheep. 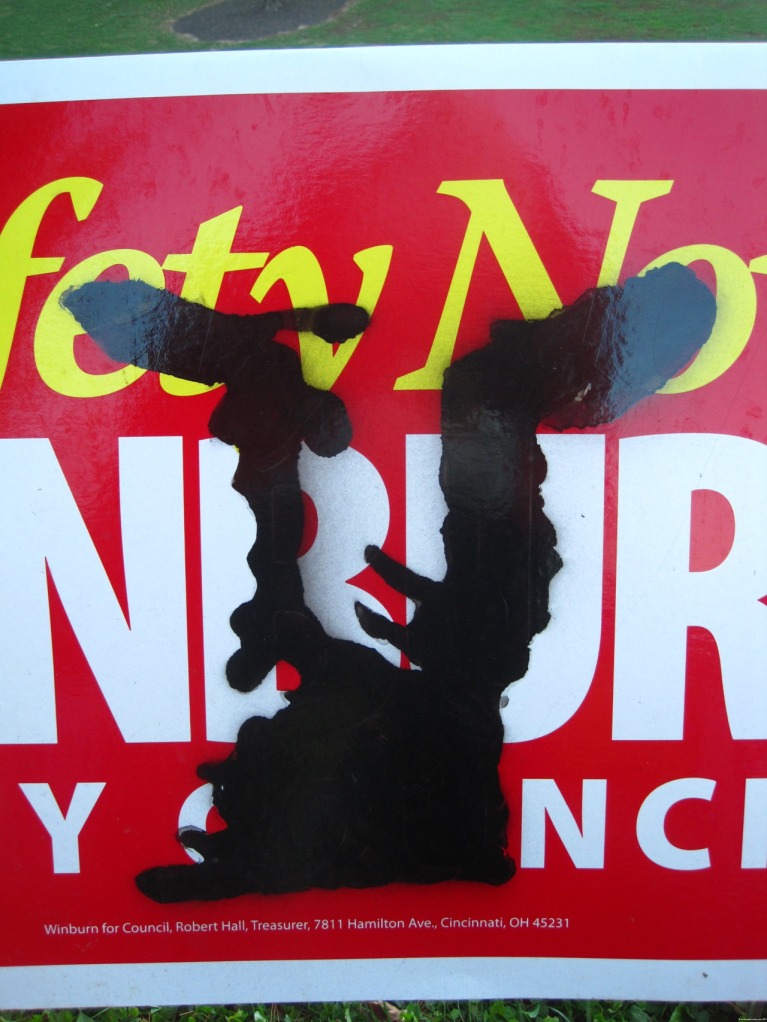 The best example of the head-on view of a sheep stencil. 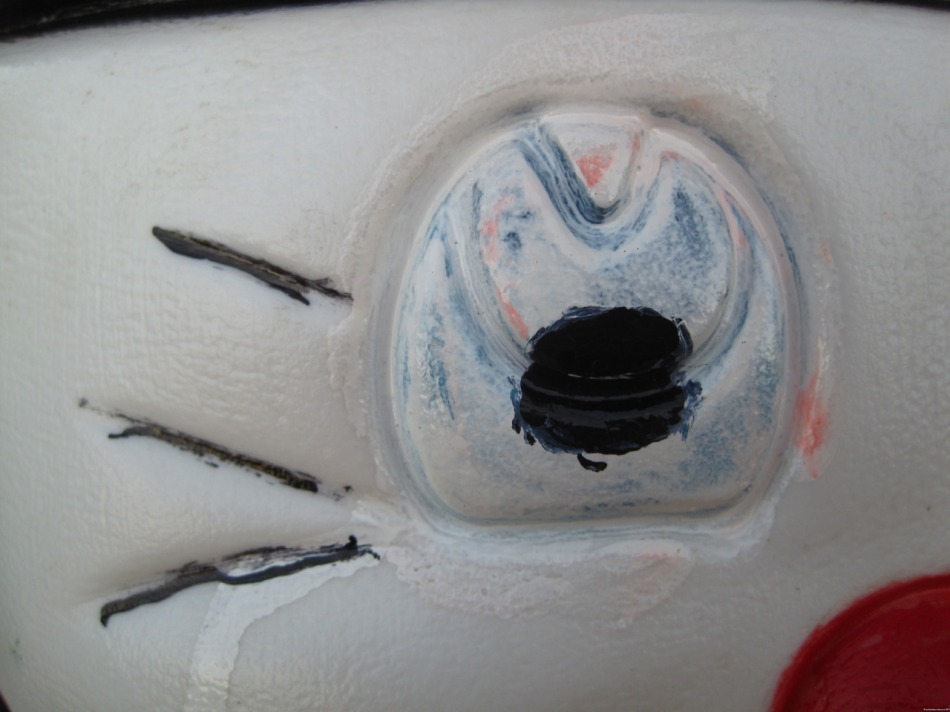 Detail of the eye work. 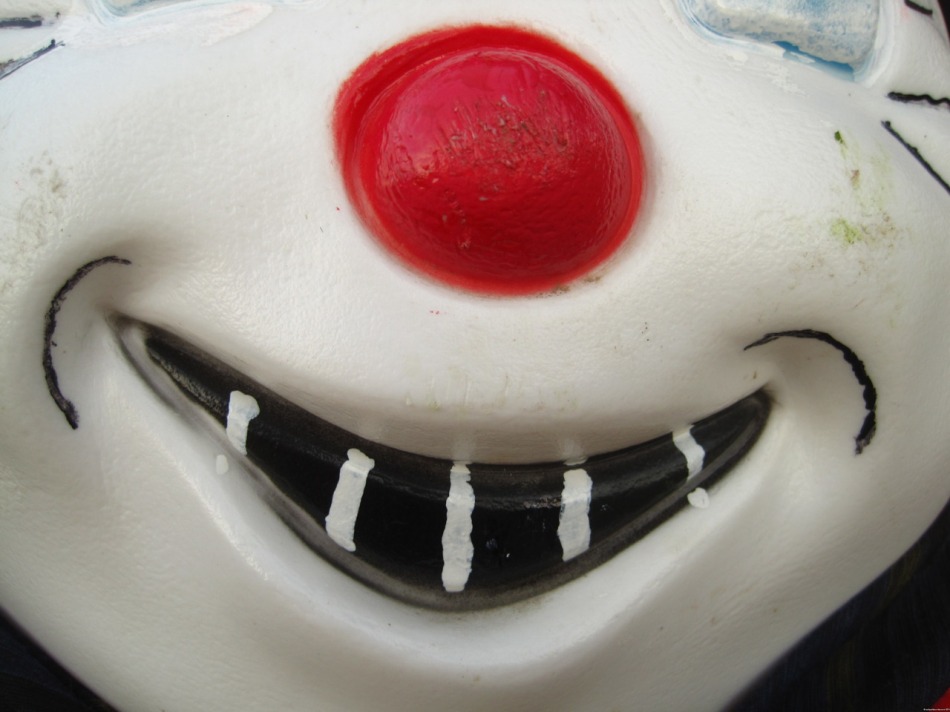 White out across the face. 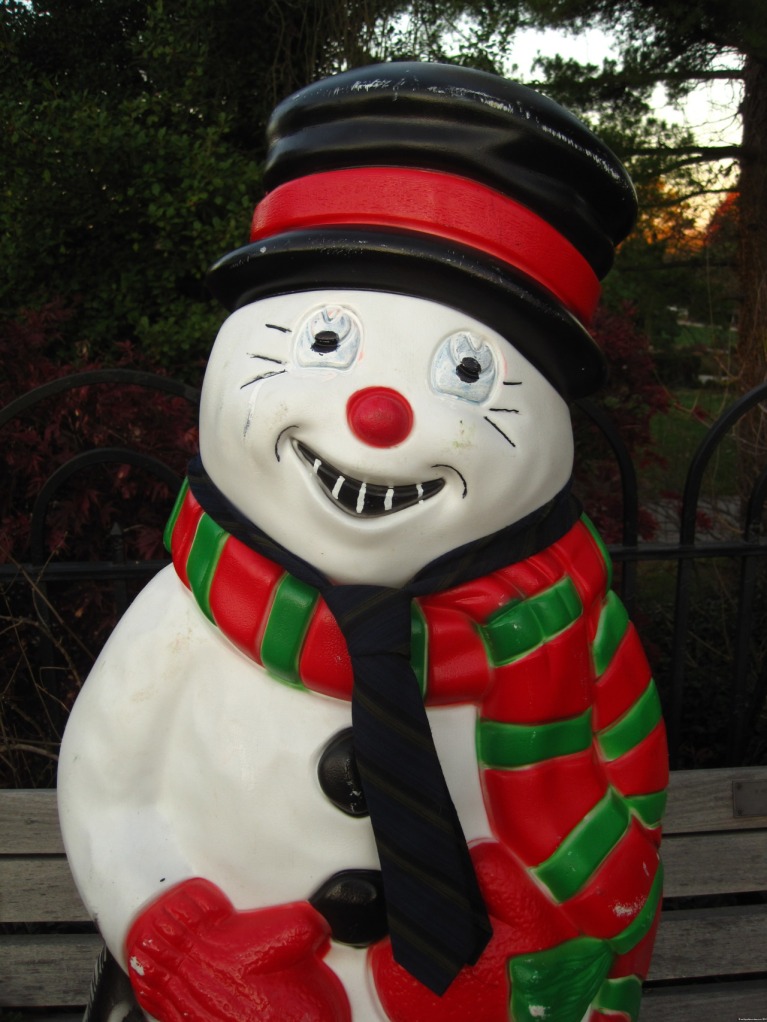 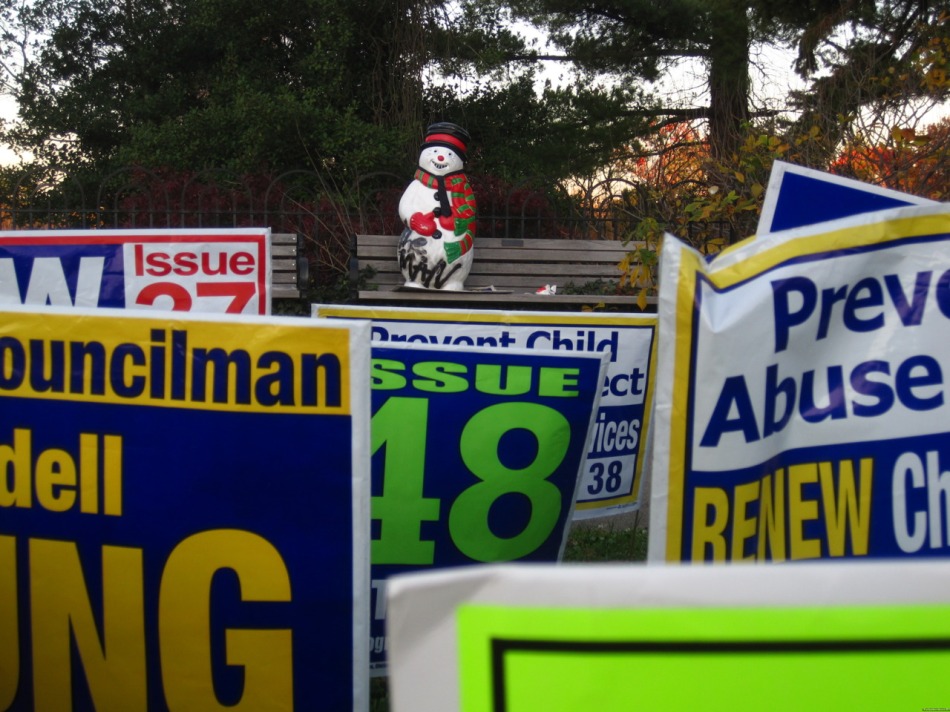 Looking out at the snowman! 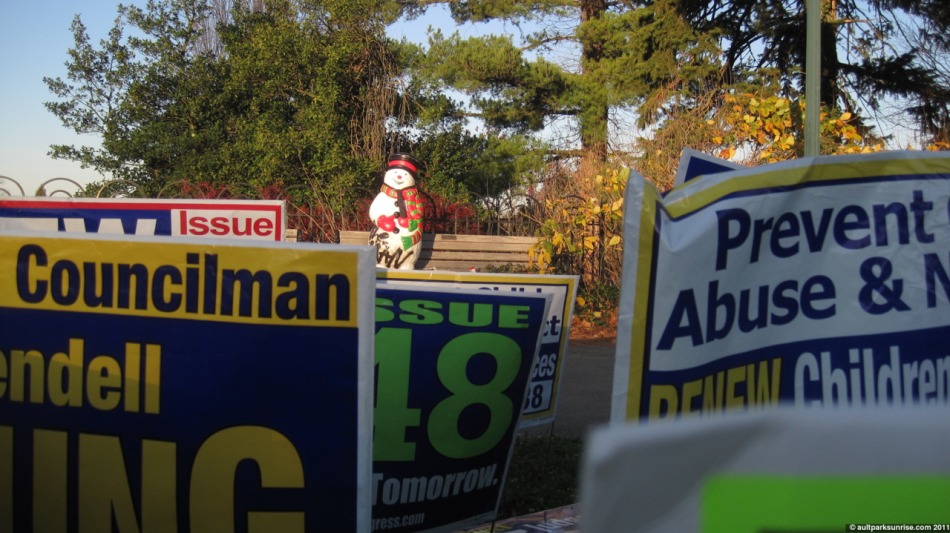 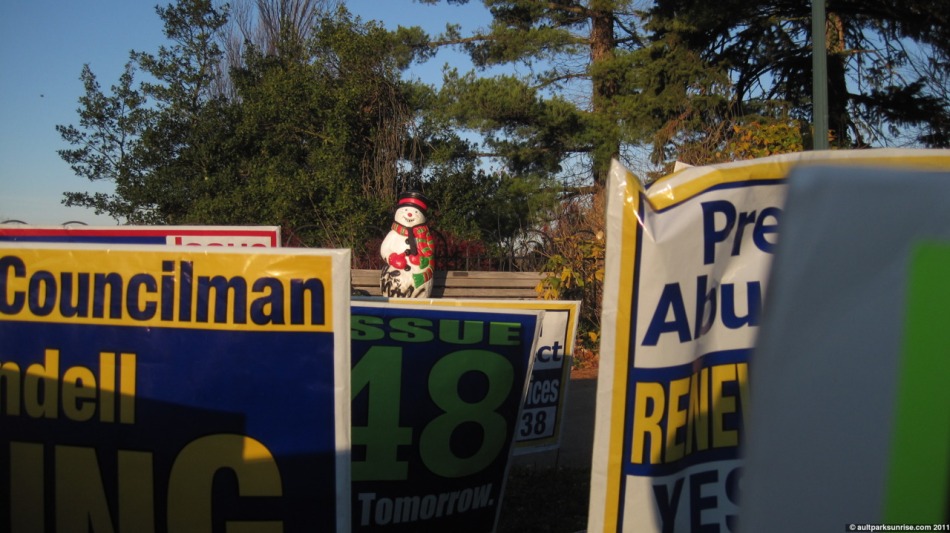 The rustling of the signs under the gusts of wind made me think all the signs were cheering together in support of Leader Snowman. 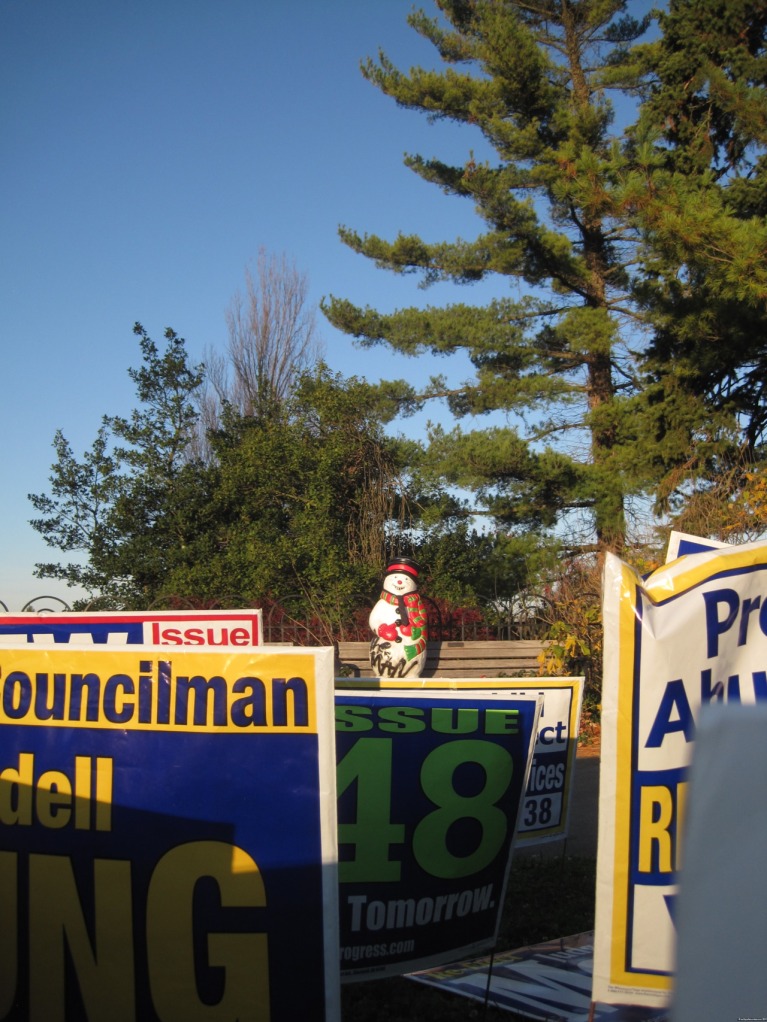 Snowman under Blue Skies. I had to wait until the sun came up over the pavilion and lit up the snowman in early morning light. 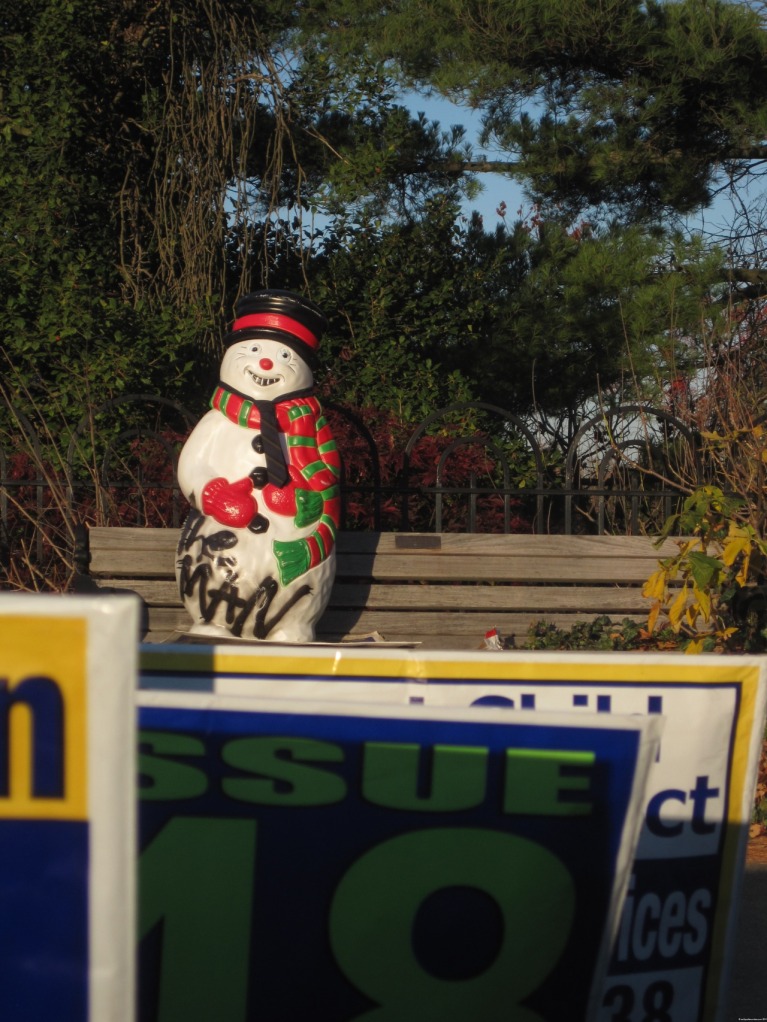 A bit of a close up 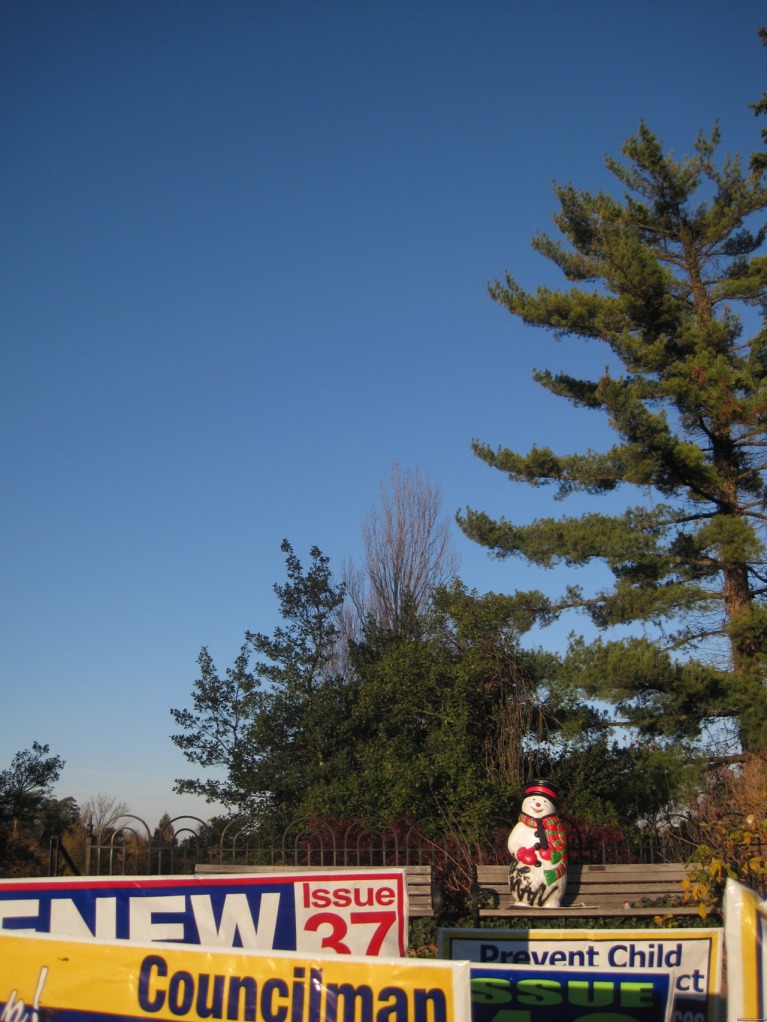 What would a post on Ault Park Sunrise be without a nice open shot of the sky? 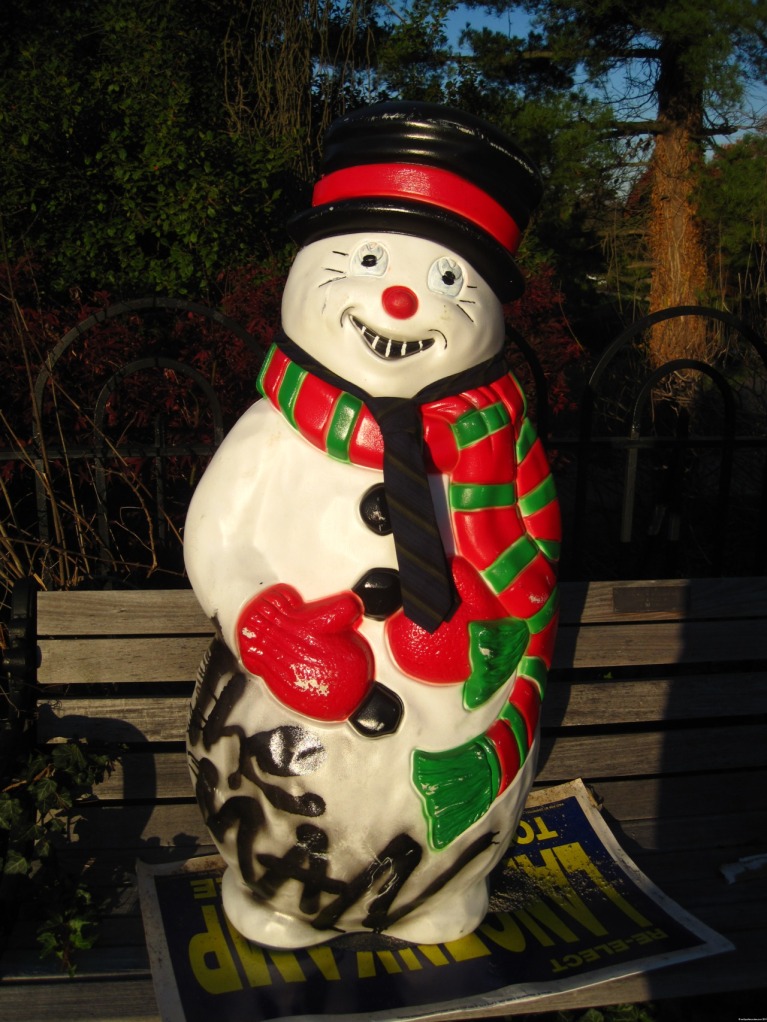 A final shot of the snowman, up close under the new morning light. 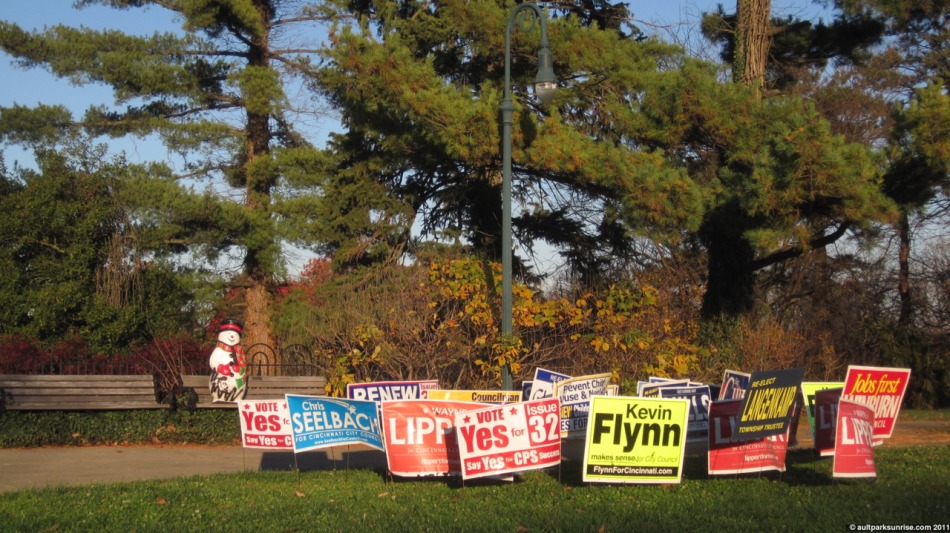 A final shot of the renegade art piece. Thanks whomever put this together, it really made my morning (and Sunrise 118) interesting! 🙂

This entry was posted on November 13, 2011 by Ault Park Sunrise. It was filed under ault park, clear skies and was tagged with art, ault park, cincinnati, snowman.