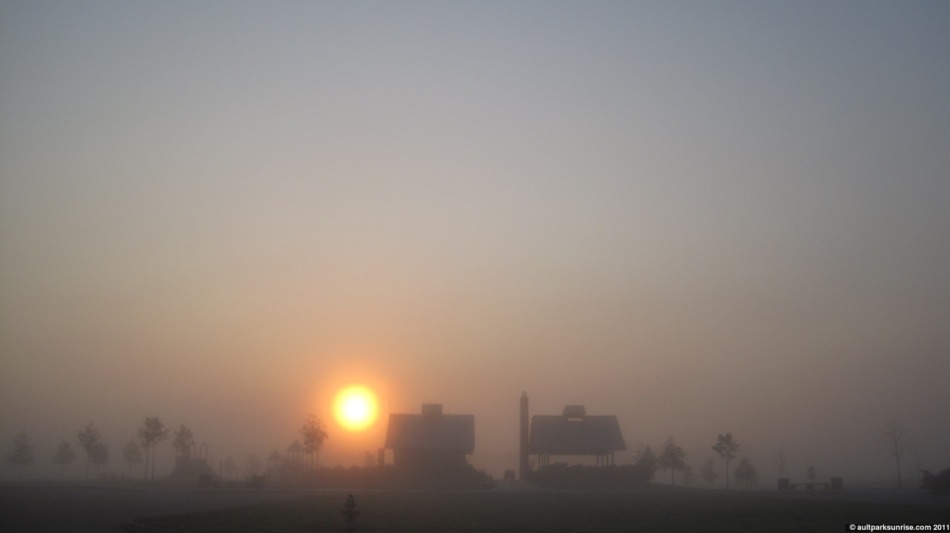 These are the shelters in Armleder Park that we see, on a clear day, from Heekin Overlook in Ault Park. 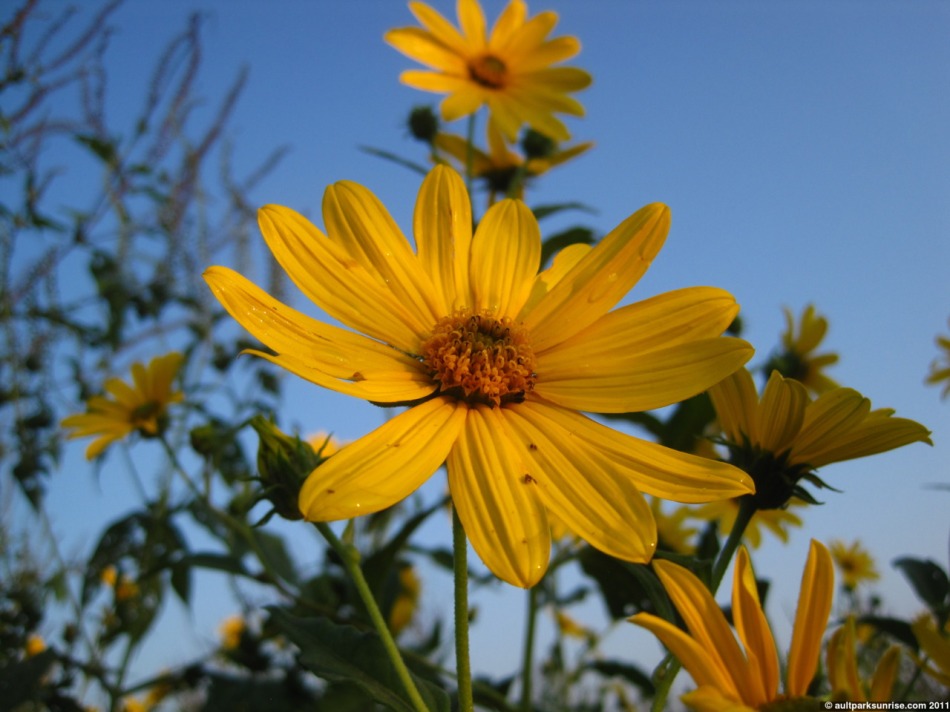 Sunrise 94 was the first clear sky sunrise that we’ve had in several weeks. The high humidity that is no doubt left over from the hurricane behavior provided a thick wet blanket across the Little Miami River Valley. The sun rose up in a deep red hue. It was one of those sunrises that you can stare directly into for a full 10 minutes after sunrise without worrying about it being too bright.

I took the opportunity to drop down into Armleder Park and ride through the prairie in the fog. It is amazing how fast the sun dissipates the moisture from the air. The fog rarely lasts longer than 25 minutes after sunrise. The river was flowing quietly and I climbed through the now lush 7-foot high river foliage where the packed mud trail has become a mere suggestion to emerge soaking wet on the other side. Cincinnati is in a northern-most tip of the “Sub-Tropical Humid” climate, the same climate that encompasses most of the South and South/East of the US. This fog is likely a crucial element in the ecology of the river basin plant life. The foliage is lush and green and it seems that almost daily there is a morning transfer of water from the river, up to the air, and then onto the plants as the sun warms the fog. I find it interesting that Armleder Park seems to always be foggy. The Little Miami River is smaller than the Ohio River, and yet the fog of the Ohio River rarely spills beyond the river’s banks. I wonder what’s up with that?

It looks like it’s going to be another beautiful day out there. It’s amazing how much that streak of overcast rainy days can make me appreciate these clear cool late-summer ones. 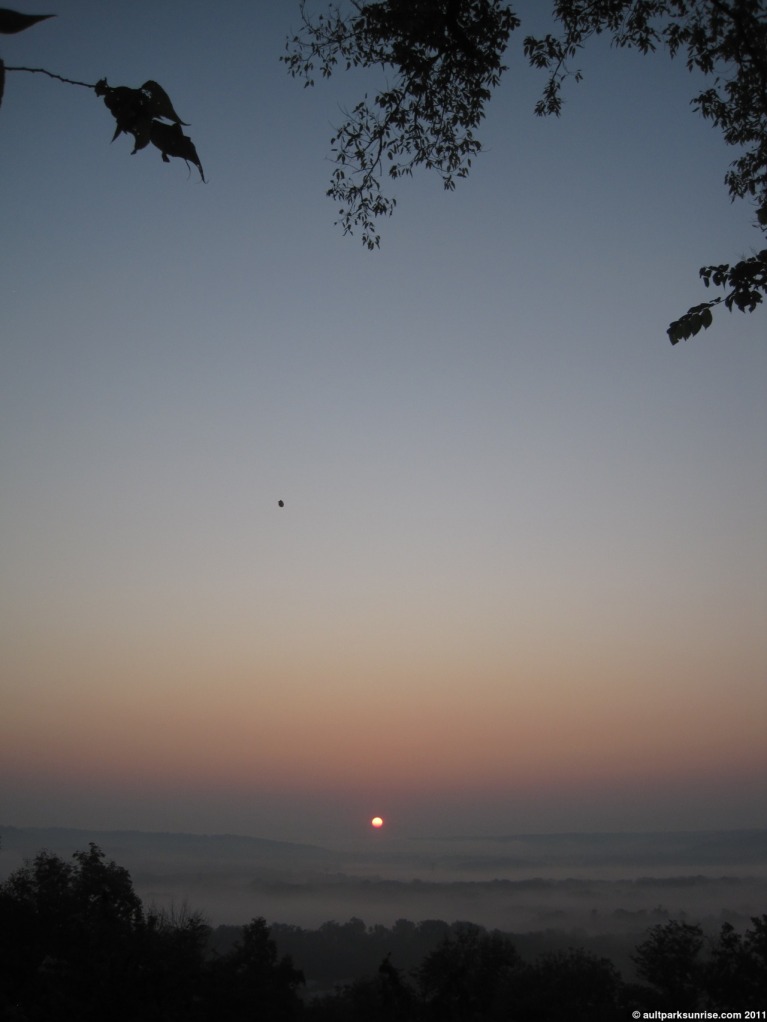 The early dawn was dark! Looking East over the Little Miami River Valley. 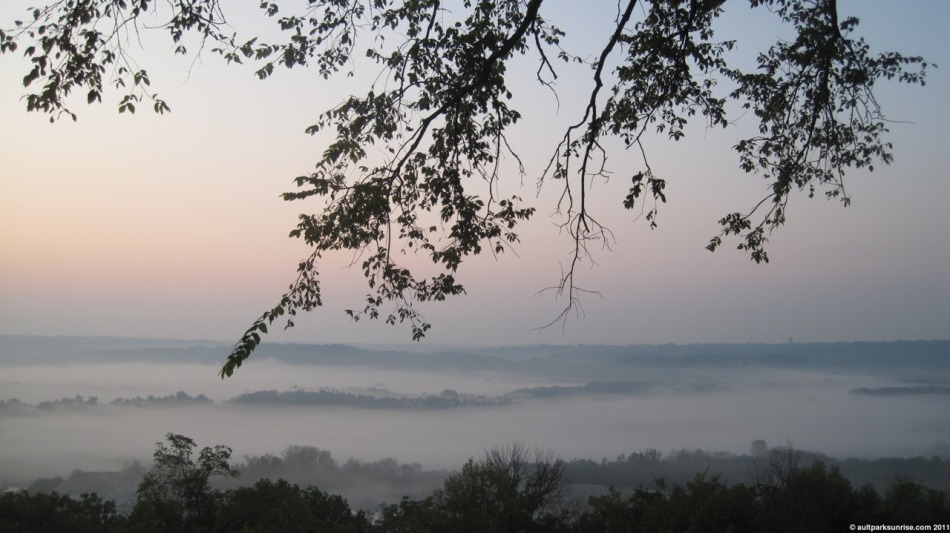 That’s where we’re about to go. Down the hill into Armleder Park. 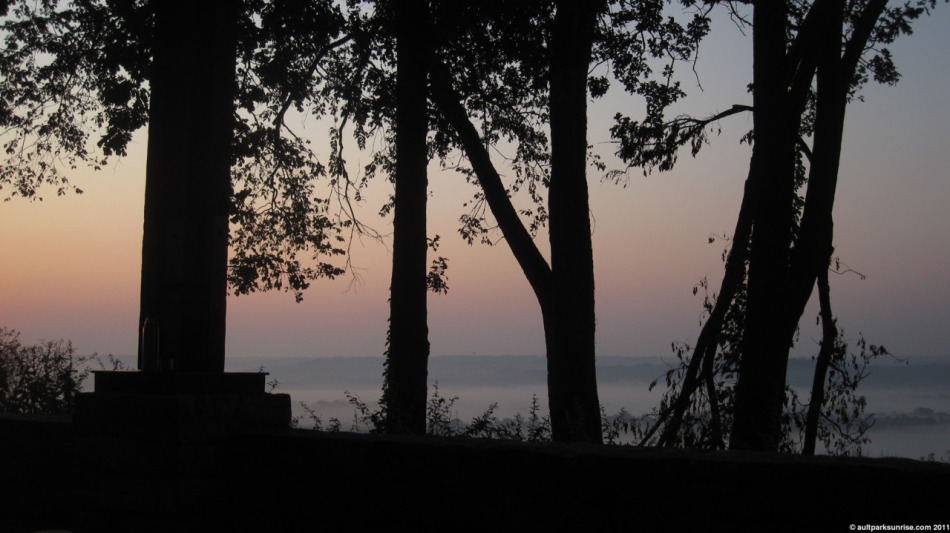 The colors were dominated mostly by a light pink that is so hard to pick up with the camera. 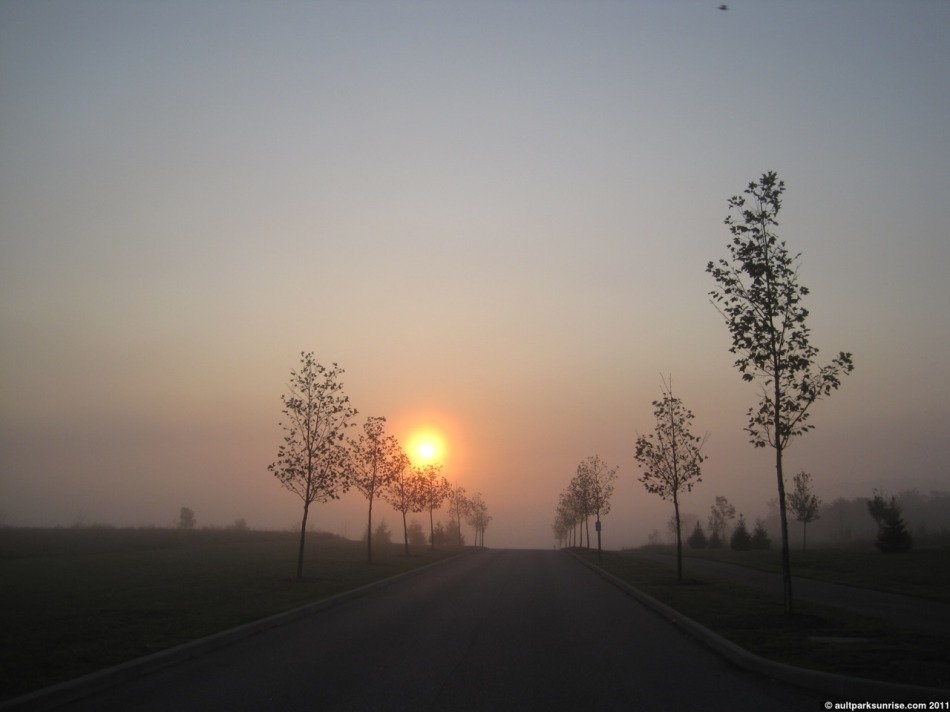 Into the park we go. Most of these pictures are kind of dark so I’m sorry about that. Under the blanket of fog, however, there truly isn’t much ambient light unless you’re looking straight into the sun. 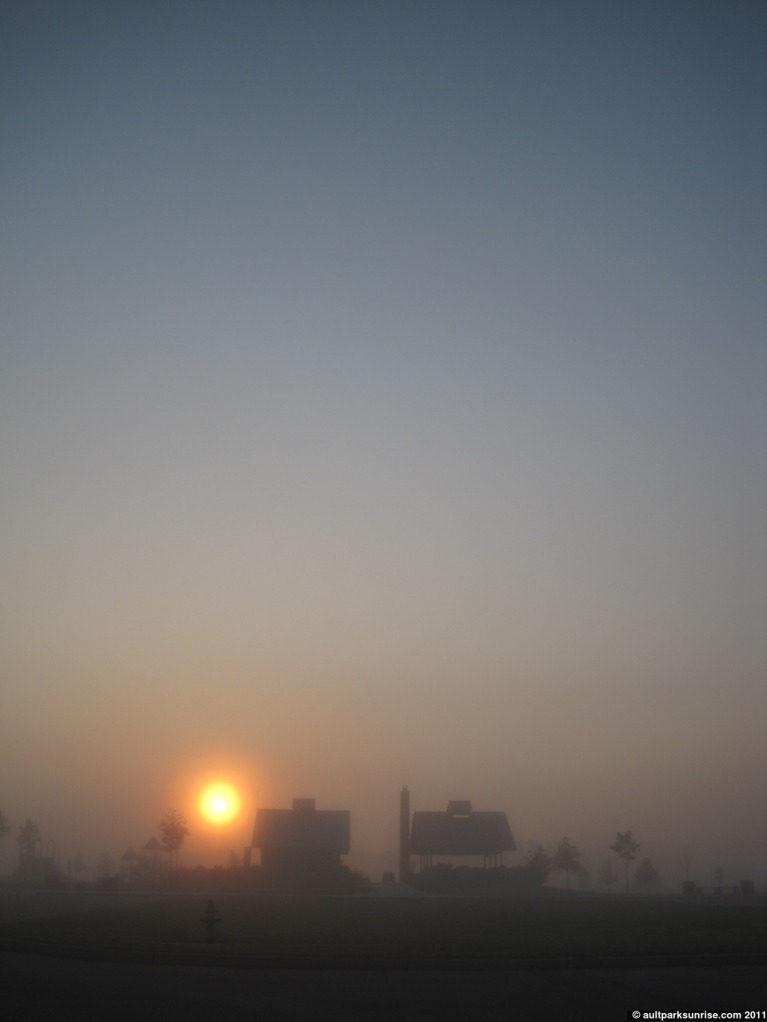 A vertical shot in an attempt to capture the blue in the sky. 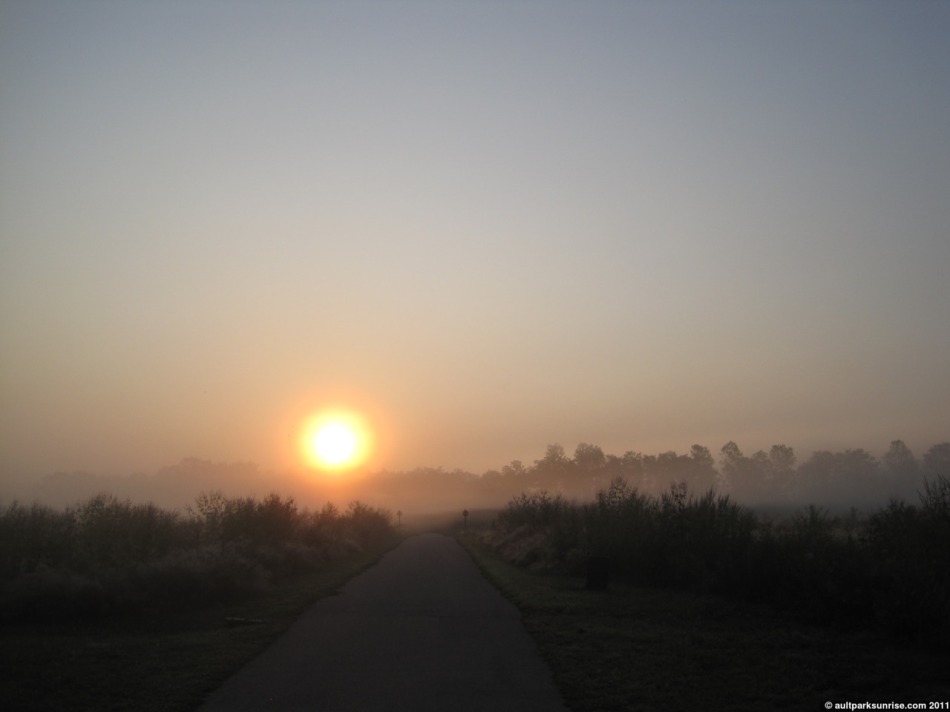 I head straight through the park to the small dead-end that dumps us out in the forest. 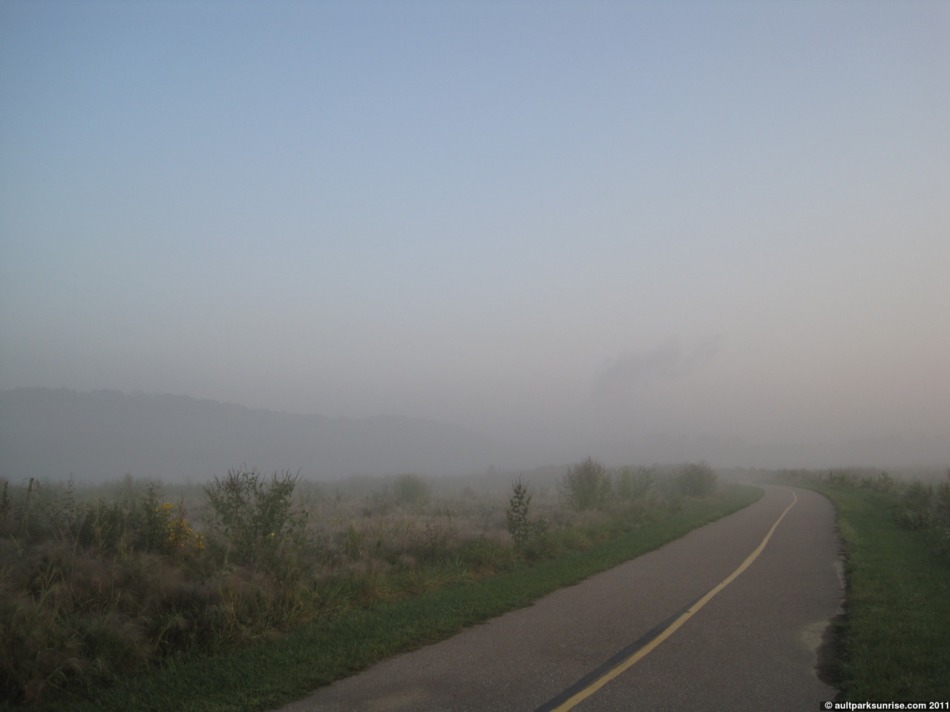 About 25 pictures total. If you’re on the front page, click to continue—-> 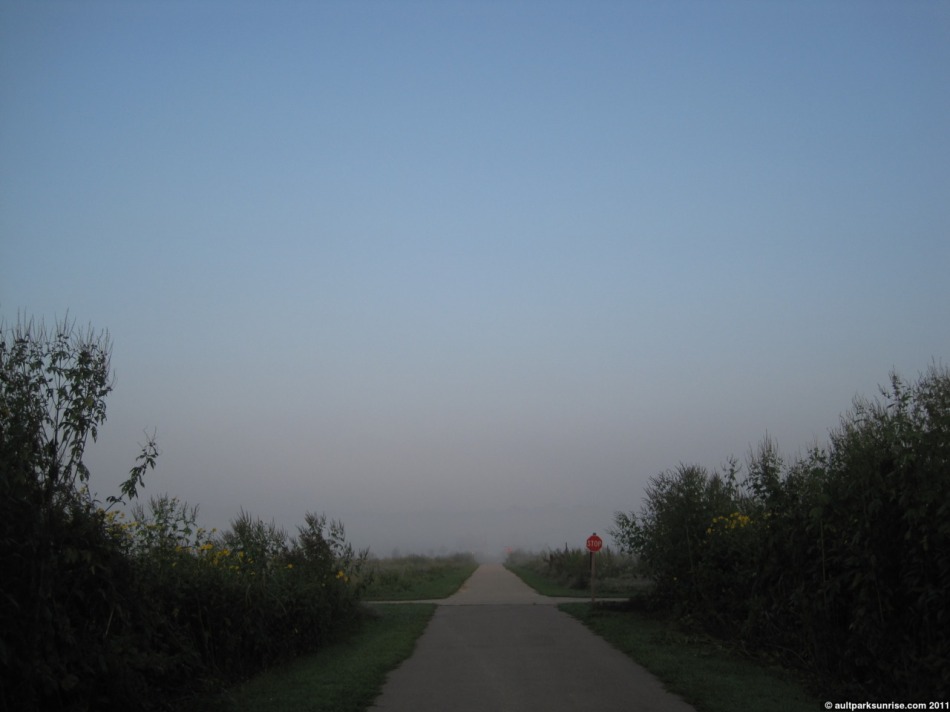 Looking out from the “dead end” into the prarie. Behind me I can almost feel the intense drone of crickets. 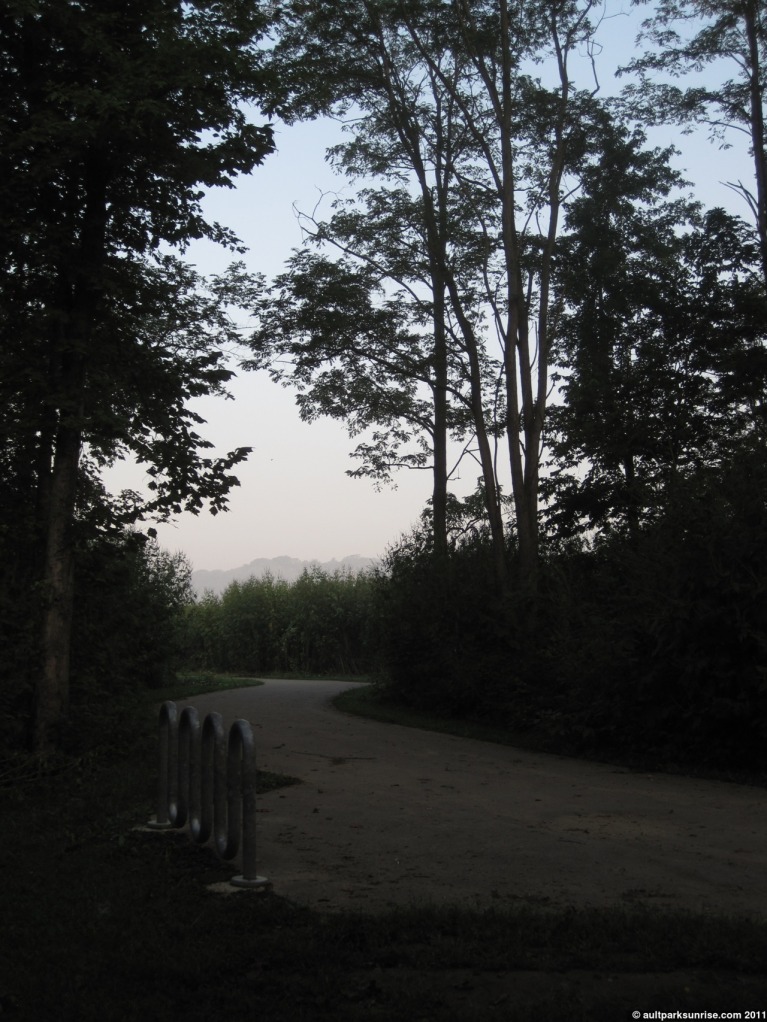 The bike rack and benches are a nice touch. 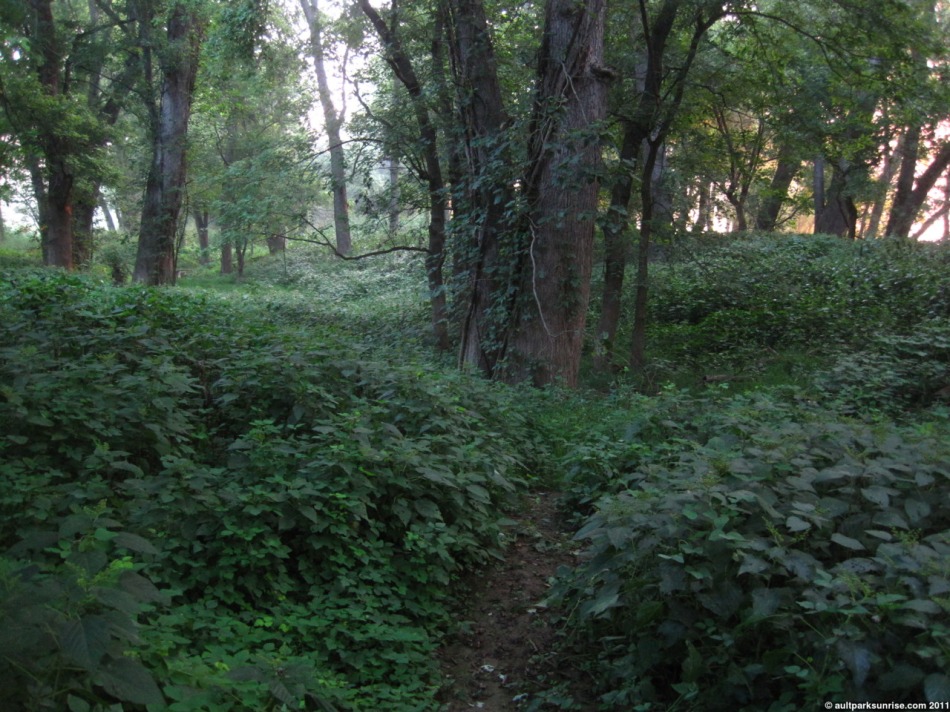 The forest is so lush from the continuous stream of fog and all that spring rain. 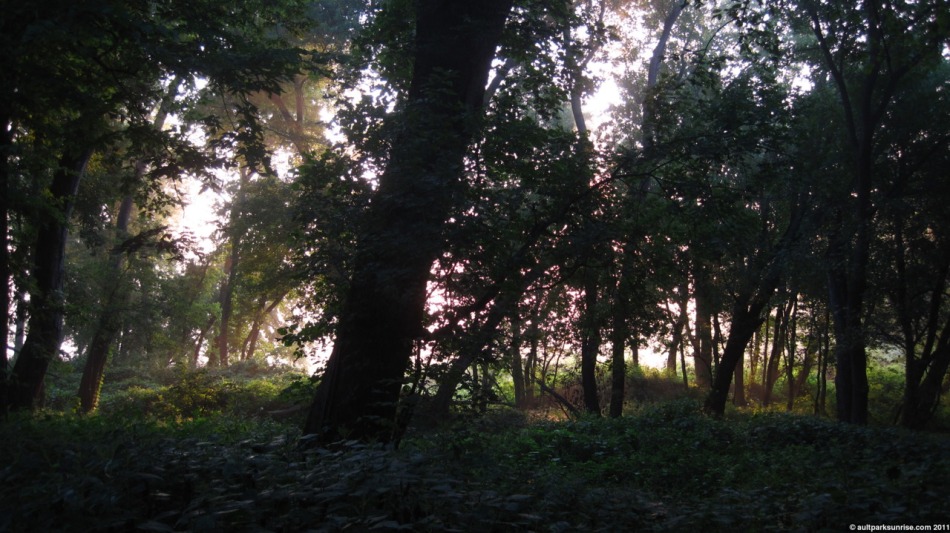 Beyond the trees is the sunrise. The air is pink and orange and becoming intensely bright. 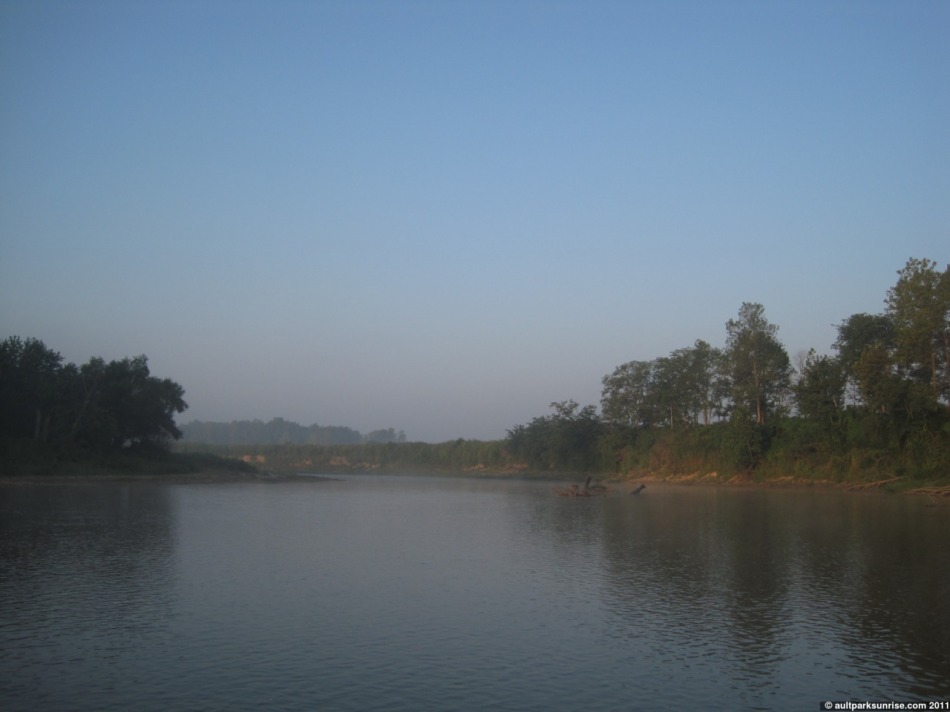 The Little Miami River, with a bit of mist in the air. By now the sun is already dropping the water out of the air and into the forest. 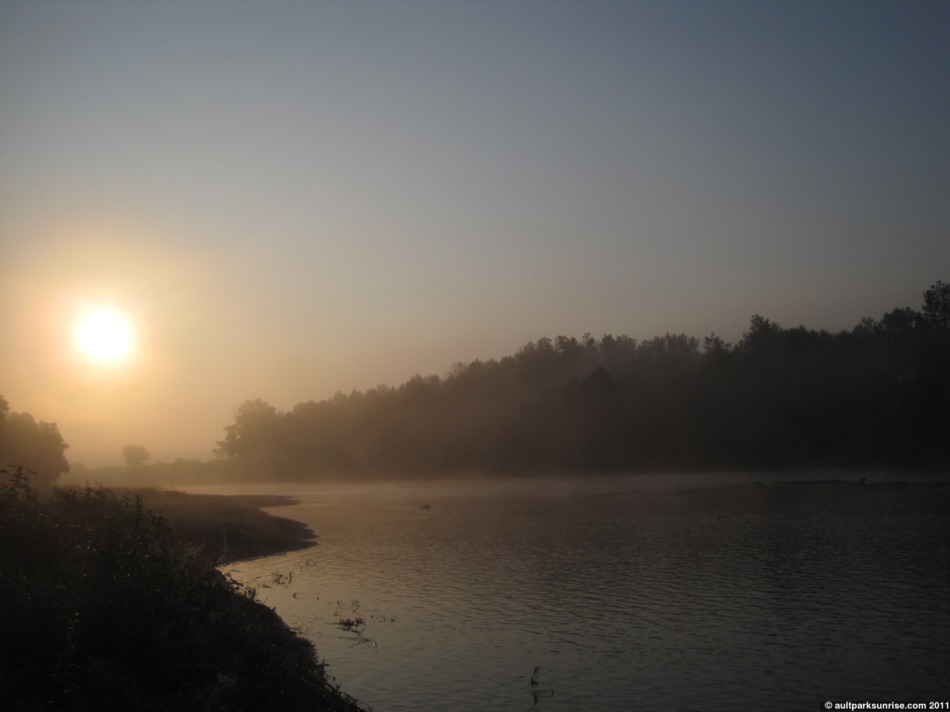 Upstream, into the sunrise. 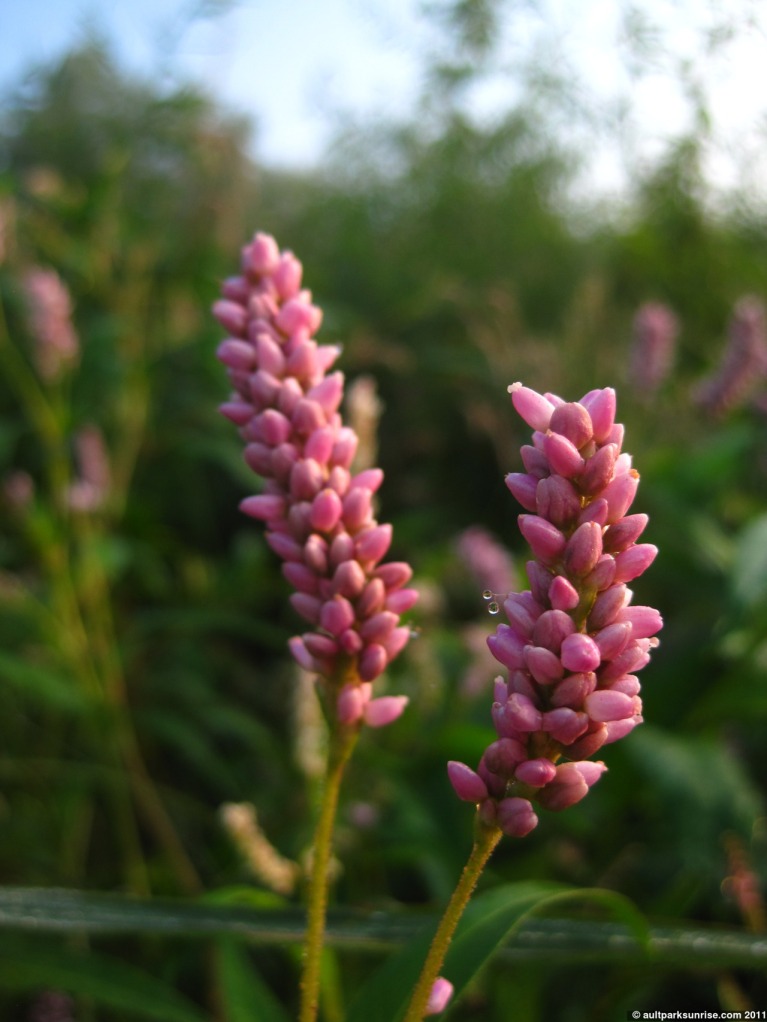 There are lots of late-summer wildflowers that are blooming. These purple flowers are blooming nicely by the edge of the river. 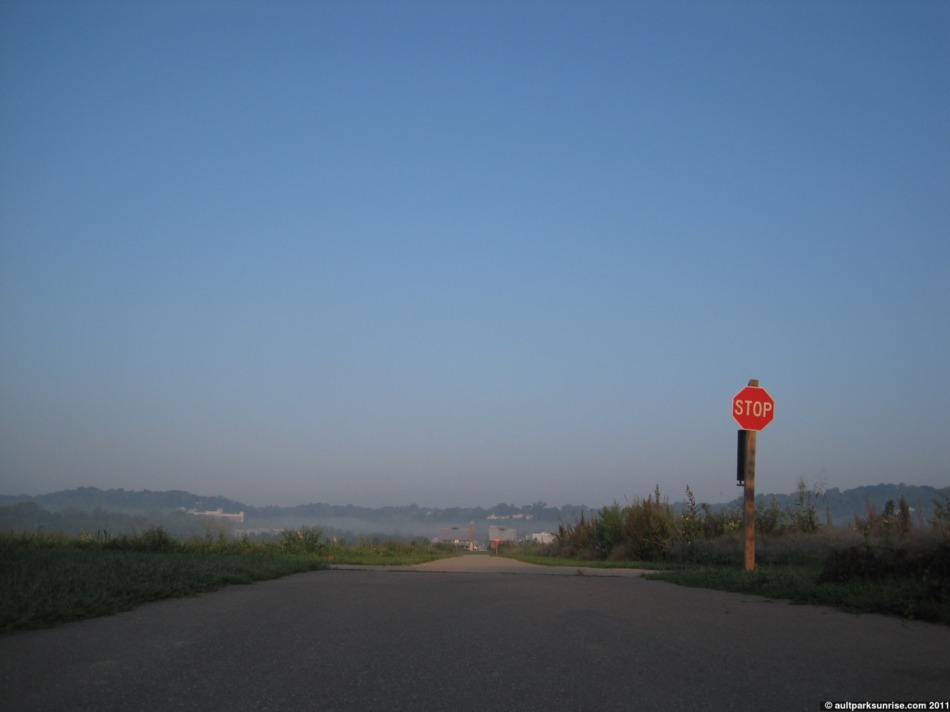 Heading back home, we can see how the fog is clearing away. 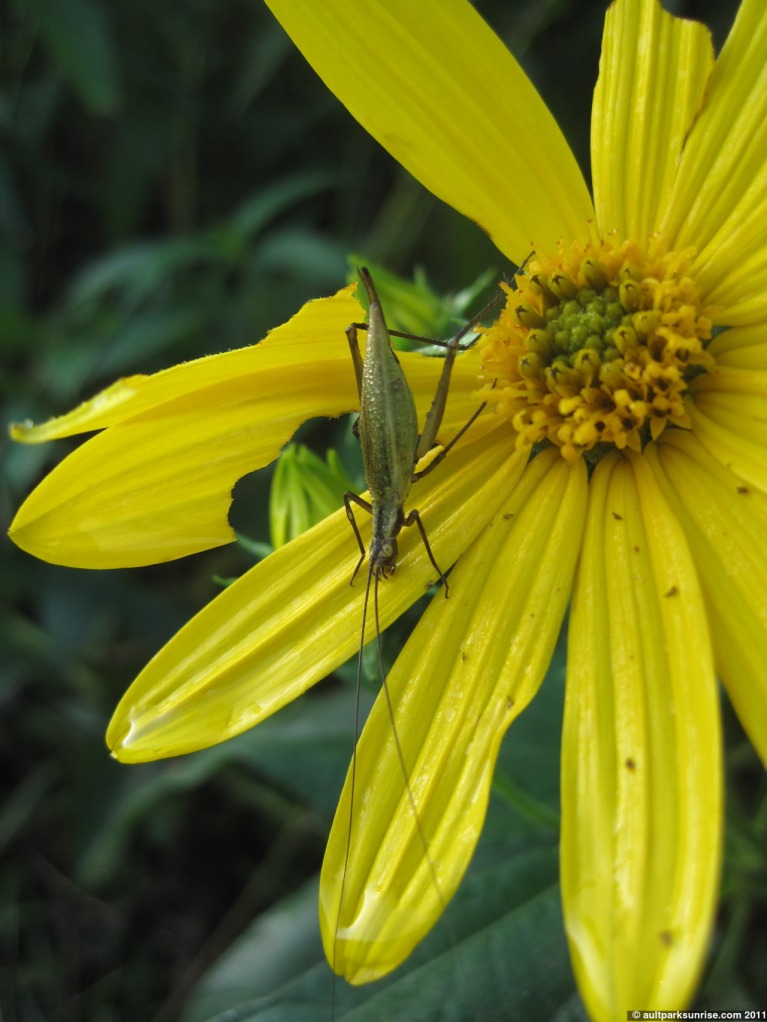 Some kind of prairie insect. Look at those chompers! 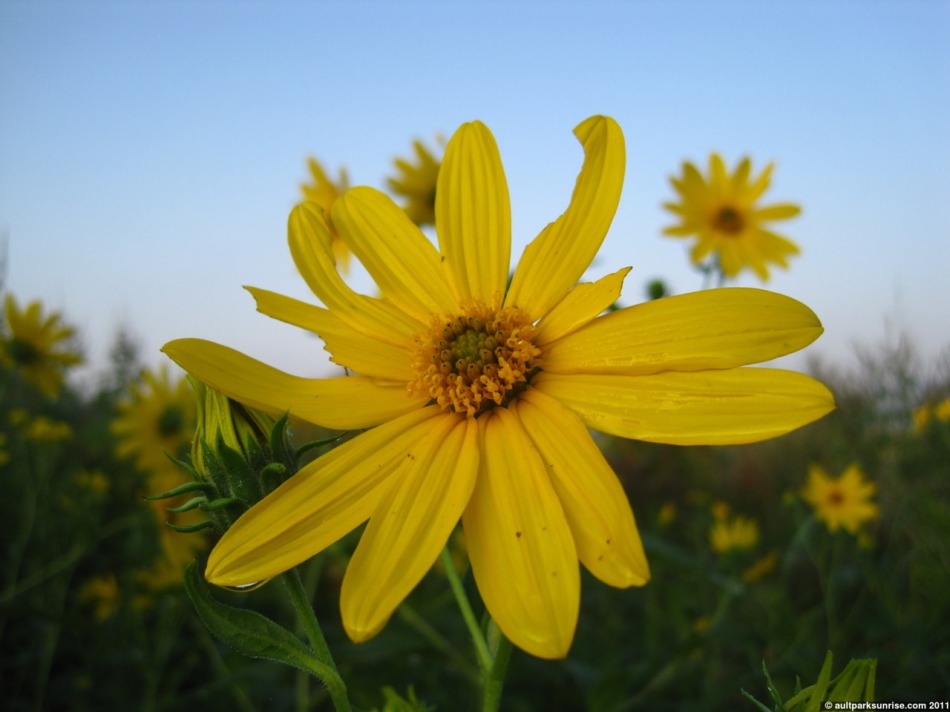 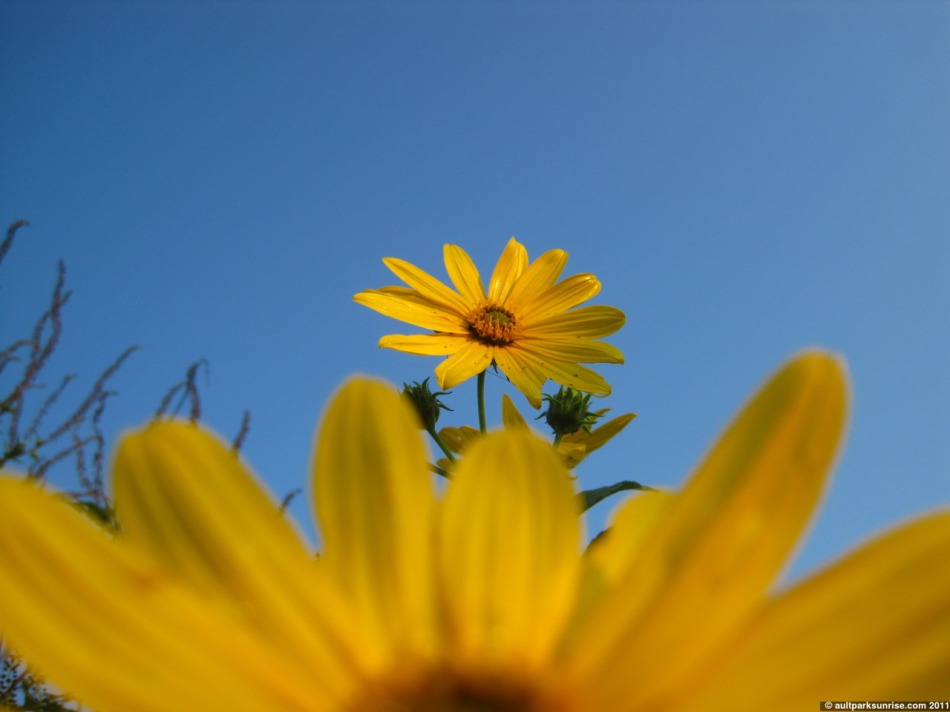 If I were a bumblebee, this would be my viewpoint. Or at least that’s what I was thinking when I took the picture. 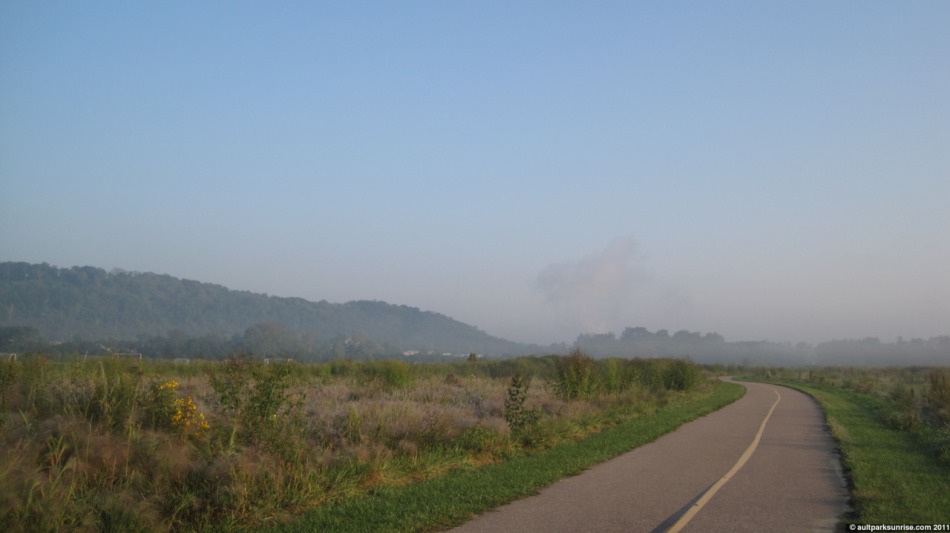 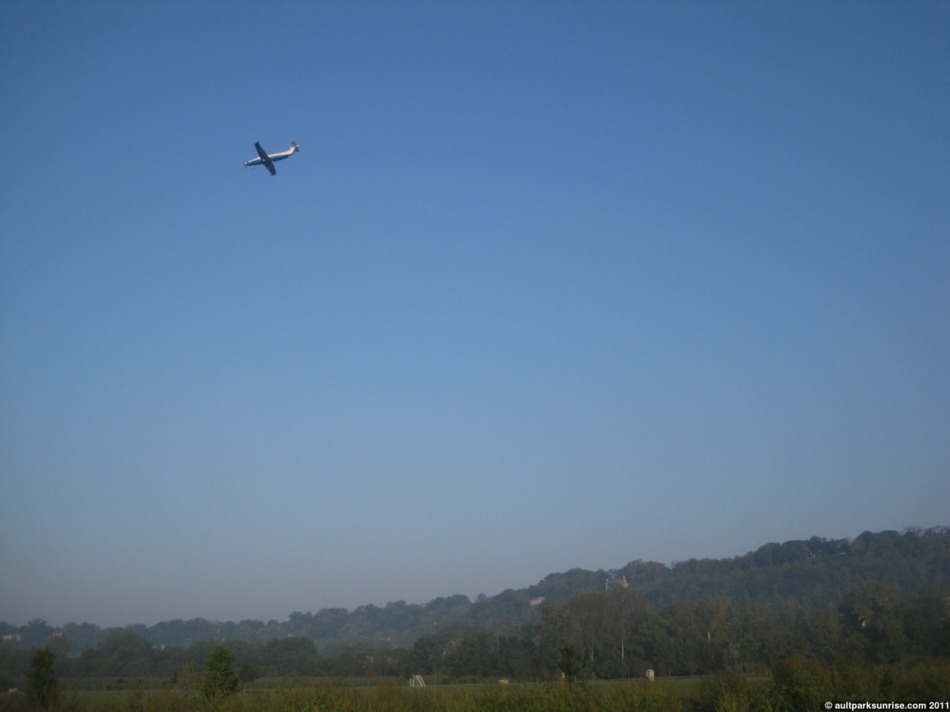 An airplane lands at Lunken Airfield. 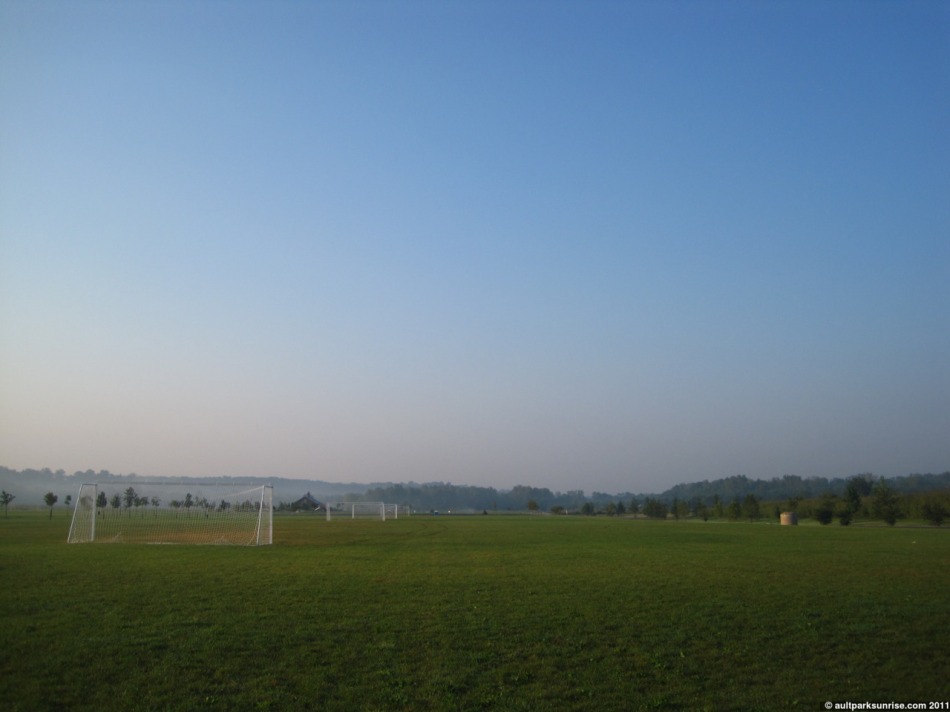 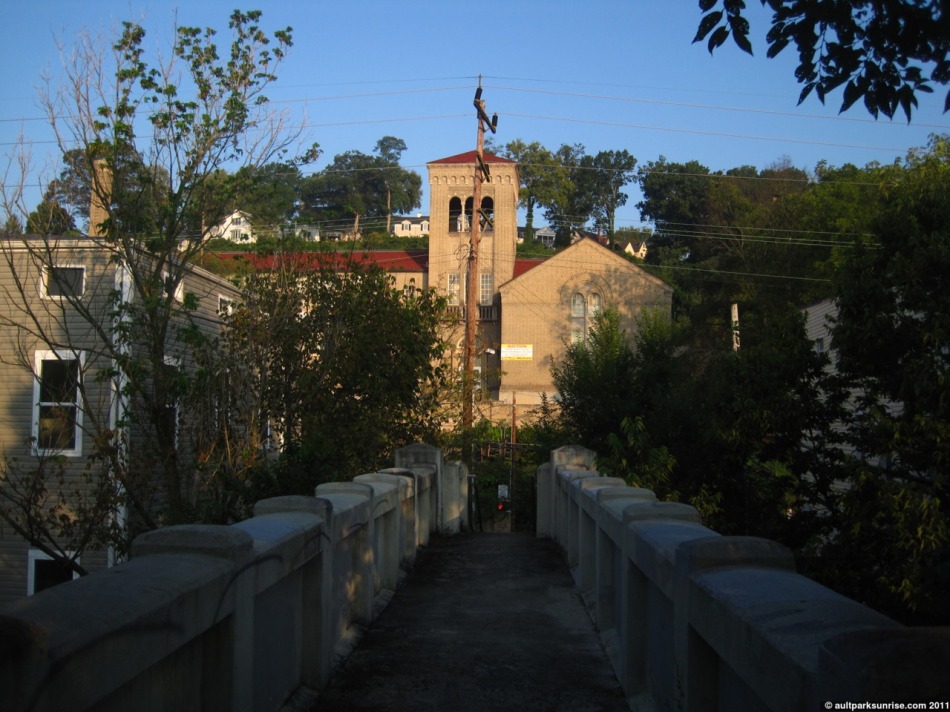 Just before climbing the hill back up to Ault Park, I have to cross over the stone pedestrian walkway. In the background we see the abandoned Linwood Public School.