So this is weird… due to a strange artifact that has been present on the lens, but only visible when I zoom in, I haven’t touched the zoom for several weeks (maybe even a month or two). I tried it again today and suddenly the artifact is gone. It left as quietly as it arrived. It was definitely internal to the lens, but I had the feeling it was like a moisture bubble or something similar. Hopefully I don’t have many wet mornings in the near future. Maybe I’ll start carrying the camera in a zip-lock bag.

Ault Park has officially celebrated its 100 year birthday! There was a big party in the park last night, true to the “Ault Park style”. “Ault Park Style”, in my experience, includes music, beer, food, and lots of people. It always amazes me to see just how well supported the Ault Park events are by the local community!

Amanda and I have ran the local Reggae Run 5k twice in the past three years, and it has become legendary for the huge after party that takes place in Ault Park. The Reggae Run after-party includes a live band, delicious food, and lots of my favorite two things: beer and people :). The fireworks display for the 4th of July was also jam packed with people.

So it should come at no surprise that last night’s 100 year birthday party was anything less than a big deal! Unfortunately (and awesomely!) for our writer, I had my first co-ed softball game (which was a blast!) last night so I wasn’t able to check out the festivities until later, between two games when I had to run home on an errand, and even then I only had time to drive through the park for a quick visit. I was, however, blown away at how much the party was still hopping at 9:00pm when I drove through! If I were to guess, I’d say the attendance of the night easily surpassed 1,000 people. Easily! It looked like an excellent time and I do regret not being able to check out the “history room” that I saw advertised on the facebook posting. (Also: shameless self-plug for Ault Park Sunrise’s facebook page)

It’s also interesting to me to contrast the social night-owl version of Ault Park: with the loud kids running around, blanket and young couples lying in the grass, sparkler glowing in the night, elderly and college kids with beer in hand, overflowing trash bins, loud music, and full of city life, with the early morning sunrise Ault Park: quiet and peaceful, with park service diligently pruning and nurturing the plants, birds and squirrels loud in the trees, and the rising ambient sound of the city slowly waking up. Considering the fact that I have now spent roughly 80 mornings in Ault Park, and perhaps only 3 evenings during the same period, I’ve come to mentally view the park through my own bias of experience. To me, thoughts of Ault Park conjure up images of gardens, privacy, and nature. Every time I visit Ault Park at night during a social event, I’m reminded of the many hats that a healthy city park wears throughout its life as an extension of the community it lives in. And that’s one of the primary things that makes Ault Park so special to me: in these days of budget cuts and sad economic stories, the park shines as an excellent model for a true “city park” that can only be possible with the help and will of the local community.

That being said, when I rode up to the park this morning I was curious what kind of “leftovers” I’d find from the big bash last night. After the 4th of July party, I found all kinds of trash, spent fireworks, lighters, and other obvious signs that the party ran late and people left, quite hastily, in the dark. I was surprised, however, to find that Ault Park looked… completely normal. Other than some full trash bins, the park looked clean and not hung over. I’m not sure how late the event ran, but whoever was responsible for the cleanup did a great job!

The sunrise came up through a dense hazy layer of moisture. This was one of those sticky damp atmospheres that blocks the majority of the sun’s rays for a few minutes after sunrise, causing the sun to appear a dark blood red. Once the sun peaks out over this dense valley moisture, it can blast through the atmosphere within a matter of minutes. 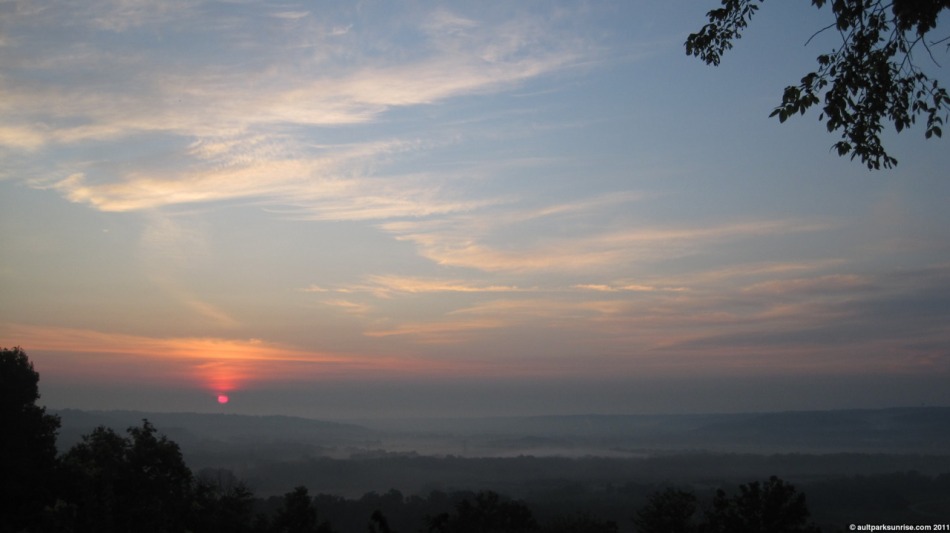 A dark orange sunrise. At approximately 7:00am, it’s getting too late! 😦 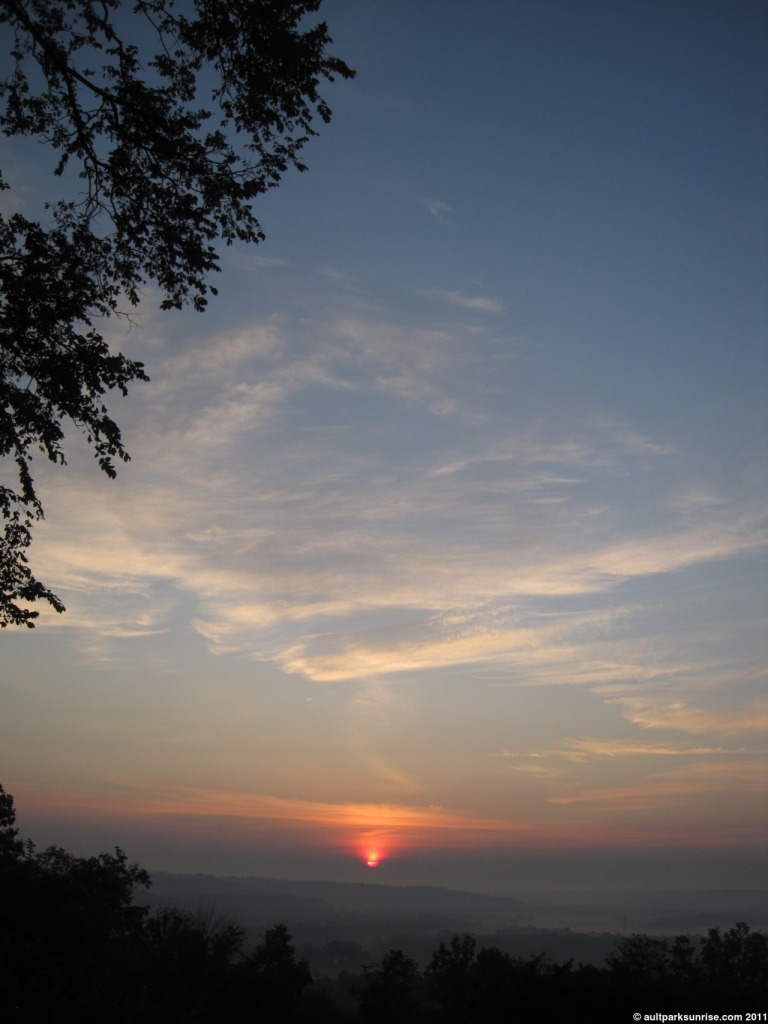 A vertical sunrise shot, for the ladies. 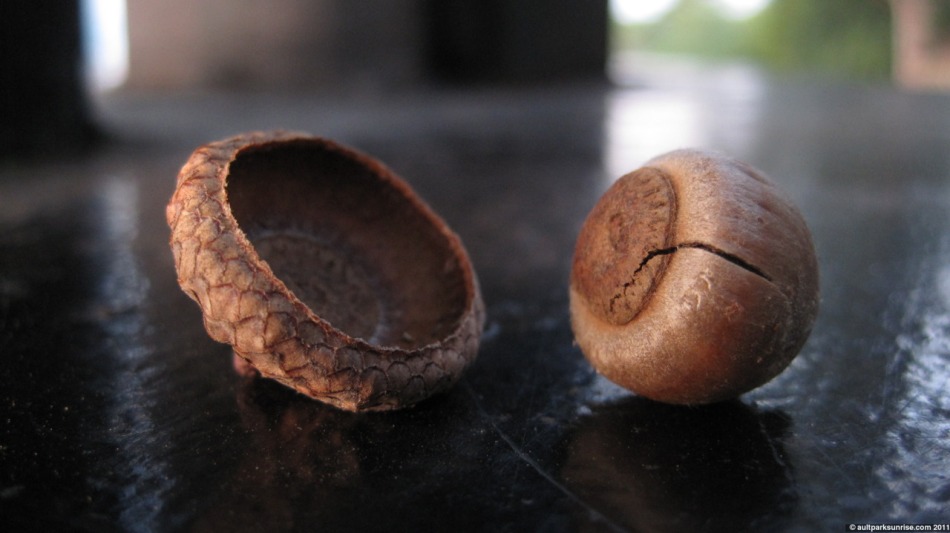 We’re coming into acorn season! I heard these puppies falling all over the vicinity of the overlook. They were dropping at a rate of about one per 3 minutes. There were bits of them shattered all over the concrete. I’ve noticed a lot more squirrels giving me death stars and fake promises of running out in front of my bike lately. They must be ramping up to get ready for the acorn foraging season.

Several months ago, I asked a rhetorical ‘what will this white flower turn into?’. Well now I know. These little blue berries are growing on the plant that I previously examined when I found that it was a host to the aphid-herding ants.