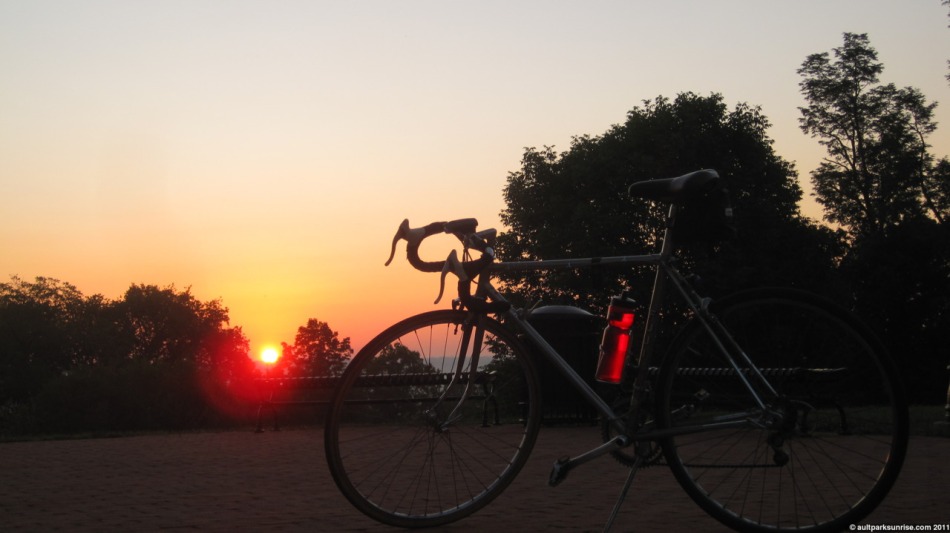 I realized that I haven’t had too many “bike shots” recently. This small patio is where I sat and enjoyed the sunrise. I met a jogger who said that I was the only person she’s ever seen enjoying the sunrise here at her favorite spot. 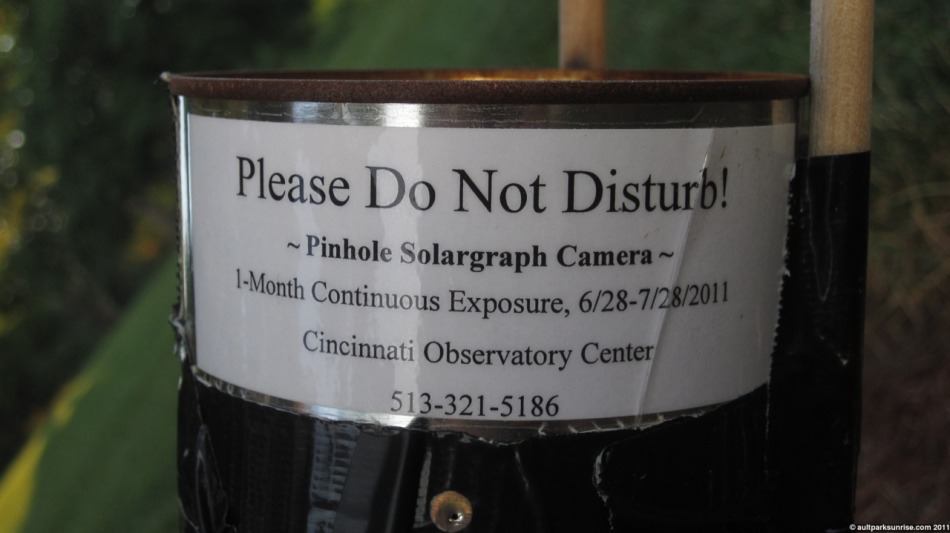 Pinhole Camera! Ironically (or, perhaps not) the pinhole camera technology dates back to the late 1830s. Only a few years later, the 11″ lens now located in the Mitchell Building (the smaller of the two building on the Observatory’s campus) will be constructed.

Final shot of the sunrise against the Mitchell Building.

This morning I got up with plenty of time to spare. The sunrise was around 6:30am and I was at the Mt. Lookout United Dairy Farmers filling up my thermos ($.99 for the entire 26oz! And free on Mondays! UDF rules) by 6:20am. I read the weather forcast last night so I knew that this morning was supposed to be “clear” with only 10-20% cloud cover.

The forecast was right! After the foggy sunrises of the last week the beautiful clear sunrise was a welcome change. To honor this clear morning Tuesday I continued past Ault Park and ventured on over to the historic Cincinnati Observatory on Observatory Ave. I have never actually seen the sunrise at the Observatory because I normally only swing by on on the way back from Ault Park. With the sun moving all over the sky this summer I wasn’t even sure if the view of the sun would be appropriate. As it turns out the sun has moved far enough back to the right that there were no trees blocking Sol as he came up over the ridge line. I was impressed with just how perfect of a sunrise spot the Observatory actually is, but I can’t be too surprised considering that astrological alignment is basically their biggest concern!

The history alone of the Cincinnati Observatory is worth checking out. I have always found it interesting that the original lens in the large building was originally in Mt. Adams but it was moved to this site due to the pollution building up in the city. I never realized that they didn’t actually move the building from Mt. Adams, just the hardware. So while the lens itself dates back to the mid 1800s, this building dates back to the move to Mt. Lookout in 1873. You can find the cornerstone of the original Mt. Adams building to the back right of the new building, dating back to 1843. Now that I think about it, this may be the oldest building stone in Mt. Lookout. I’m sure this isn’t actually true, but as it stands currently it holds the Ault Park Sunrise record. This even pre-dates the 1850s construction of Crusade Castle & Vineyard. 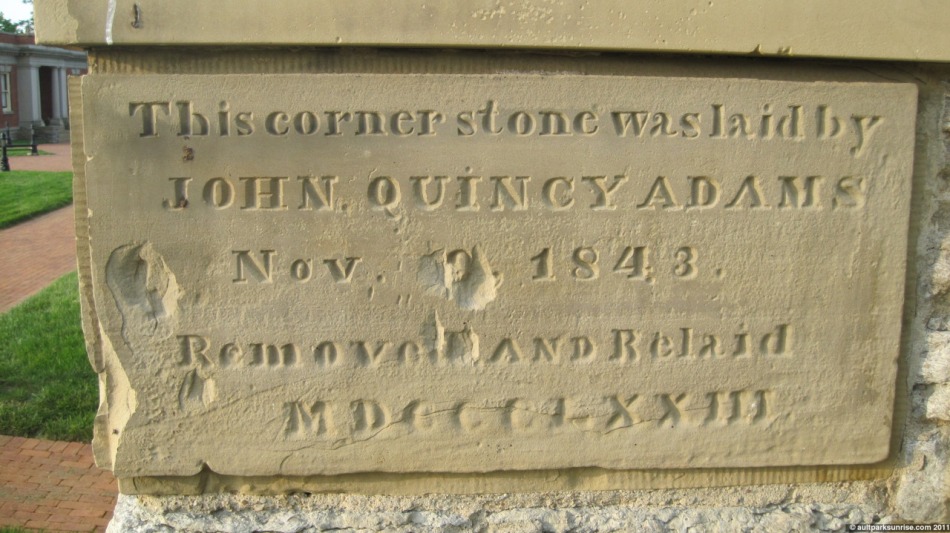 The cornerstone, borrowed from Sunrise 41. 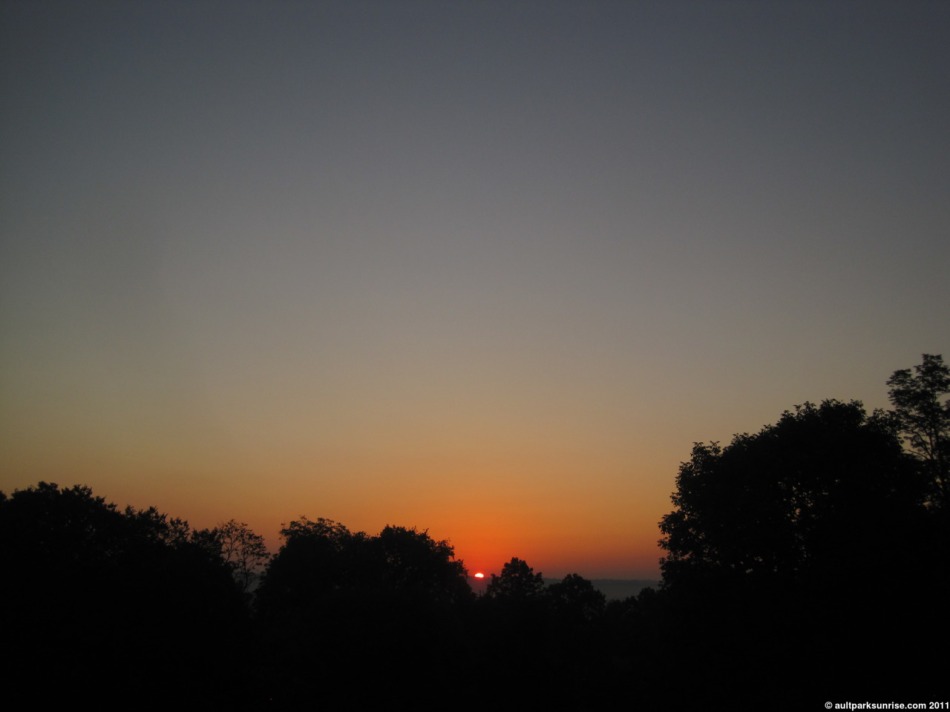 At the Cincinnati Observatory, the sun rose up from the break in the trees. 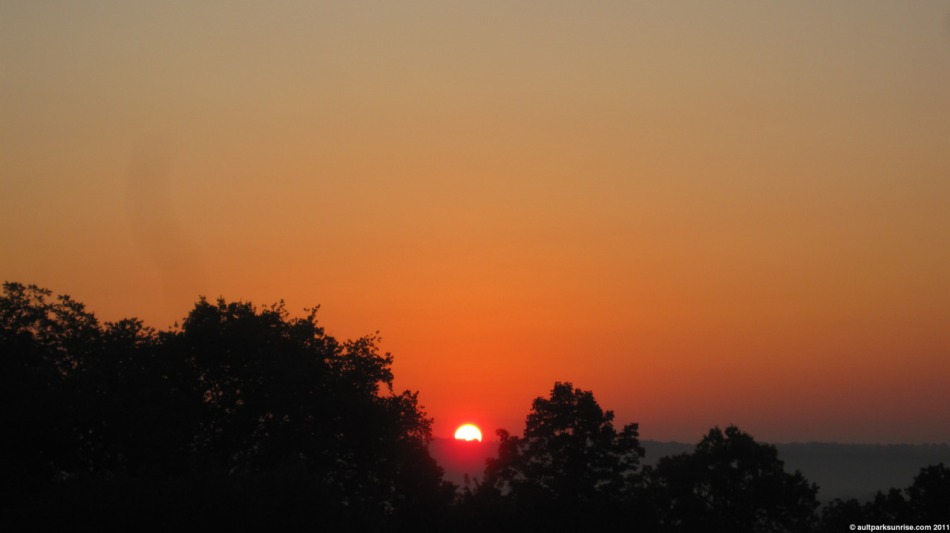 Not a cloud in the sky. A beautiful summer morning that you’d expect to see just after a storm.

This spot is out in front of the main Observatory Building (built in 1873). There is a circular brick patio with a handful of benches lining the outside it. It has all the great things that you’d expect to see at a true Cincinnati historic site. Murdock Fountains, late 1800s street lamps, Ohio Historical Markers, A memorial sundial, pre-1900s buildings, and a dedication by John Adams on the corner stone.

Looking East from the patio at the second building on the campus. This smaller “Mitchell” building has the original Merz und Mahler 11-inch telescope that dates back to 1843. The “main” building houses the 1904 16″ Alvan Clark & Sons telescope. Thanks wikipedia!

A vertical sunrise showcasing the late morning yellows and the deep blue gradient.

Looking towards the main building across the sundial memorial.

To the west of the main building I saw a funny contraption sitting on the lawn. Upon closer inspection (and with no physical contact whatsoever, of course!) I realized that it is a pinhold solargraph camera.

I imagine the purpose of this camera is to capture the sun’s path for the 31-day period between June 28 and July 28. They’re almost done! I’d like to see the results of this camera and I hope that they publish it. It’d be neat to see the same thing for a month of sunrises, too.

I wonder how they compensate for the possibility of the camera being blown over by the wind?

Outside the Observatory there are two big flower pots. 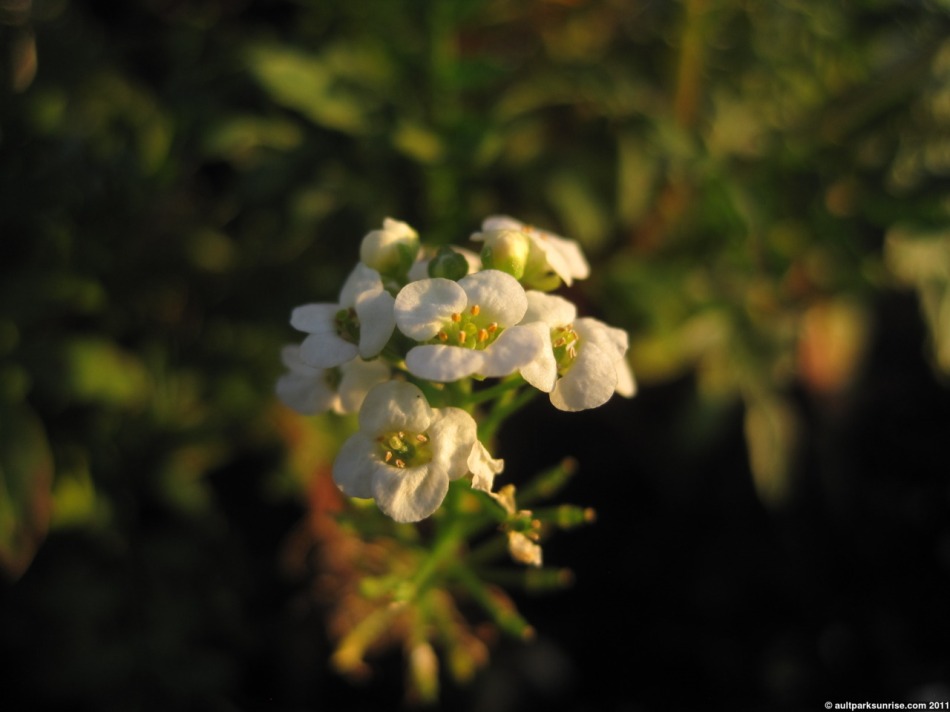 The red / white combination of flowers made for a great arrangement. Considering how my own flower pot experiment is failing miserably, I took mental notes and physical pictures.

Classy Arrangement. Maybe next time I try this at home I’ll use this as inspiration.