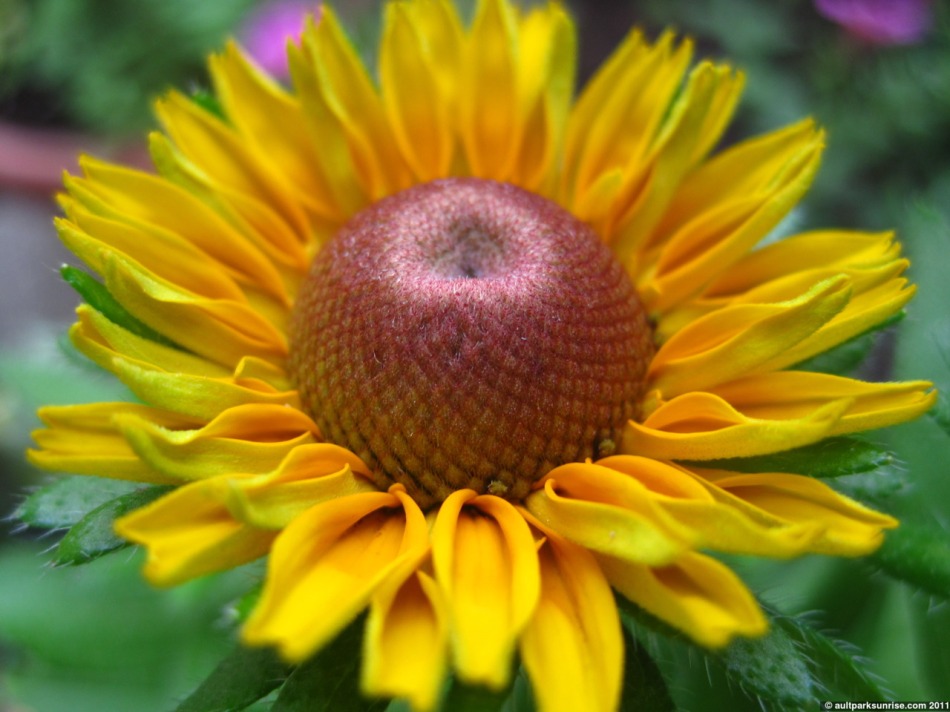 My favorite picture of the morning.

This morning was a quick trip up to the park! 6 months ago I made a dentist appointment for June 13 2011. I was feeling a bit masochistic so with a bite of dark humor I scheduled the appointment for as early as possible – 7:00am. “Haha that’ll be a surprise for my future self” I thought as I scheduled the morning visit. Deep down I was doing myself a favor by providing a reason to get up early on that fateful summer day. Fast forward six months and I find myself in the middle of project Ault Park Sunrise. How ironic it is, then, that my morning ritual had to be cut short so that I could make it to the Dentist. I’d like to think that my 6-month-younger self would have been pleased (and quite shocked) at my creative early morning ritual. 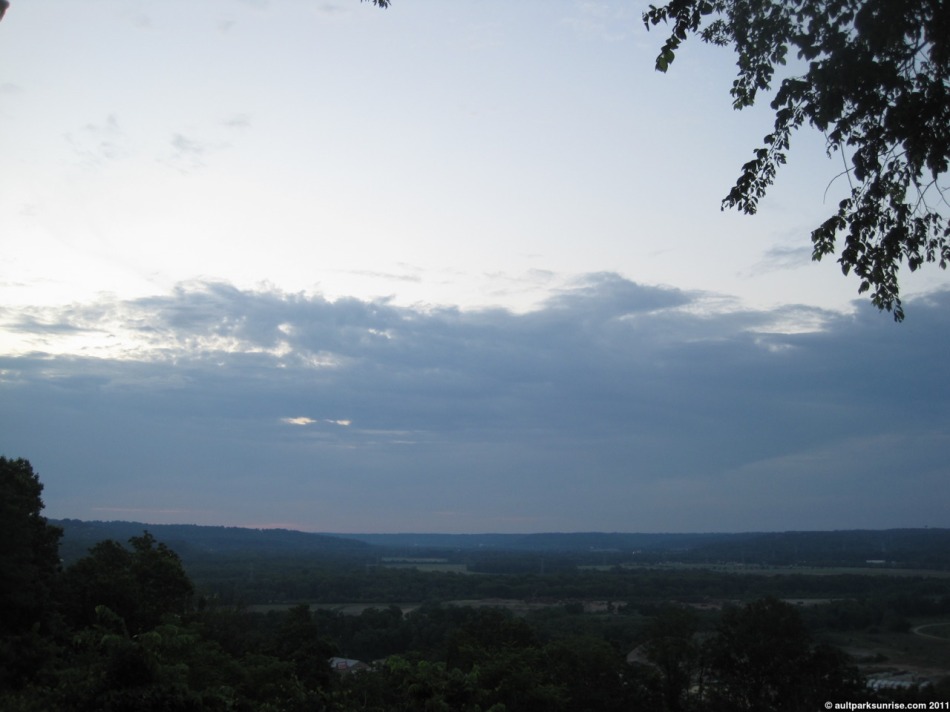 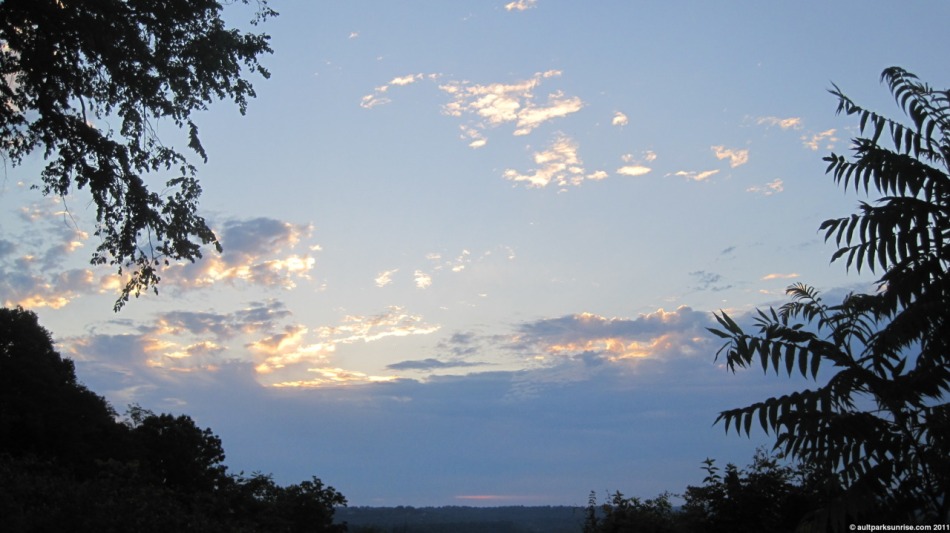 The clouds are starting to light up ahead of the sun

I arrived at the park a bit early this morning. The sunrise was scheduled for 6:11am (we’re approaching summer solstice – the earliest sunrise of the year!) and I arrived at around 6:05am. I realized that as the sun has started coming up earlier and earlier in the past few weeks, I haven’t been adjusting my arrival time at the same interval. The dawn sky this morning was a perfect reminder of how part of the excitement of the sunrise comes from watching the light unfold across the clouds. It is hard to tell what kind of a show you’re going to get so you really just have to watch it happen. 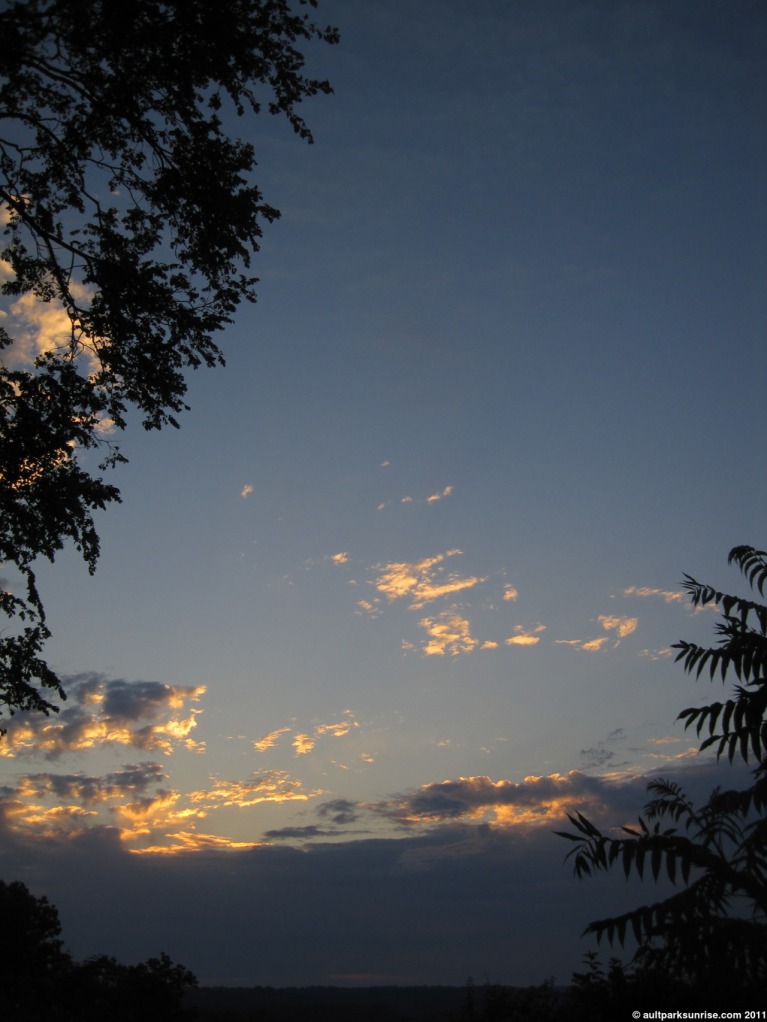 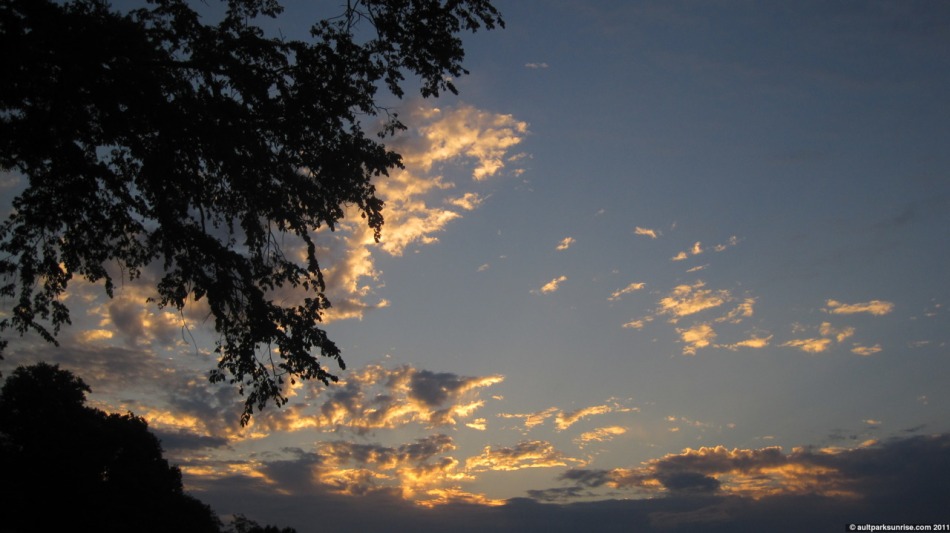 Too bad I won’t get to stay until the end.

The sky this morning was clear and blue except for the cloud bank lying over the horizon. I was only able to stay for 20 minutes so I ended up leaving the park before the sun came up over the clouds. It would have been a good delayed sunrise, though, because the clouds were starting to light up nicely and there was some high contrast between the sky and earth. It was one of the mornings where the perfect time to watch the sun come up is about 40 minutes after sunrise. With all the recent storm activity I wasn’t quite sure what the morning sky would be like. 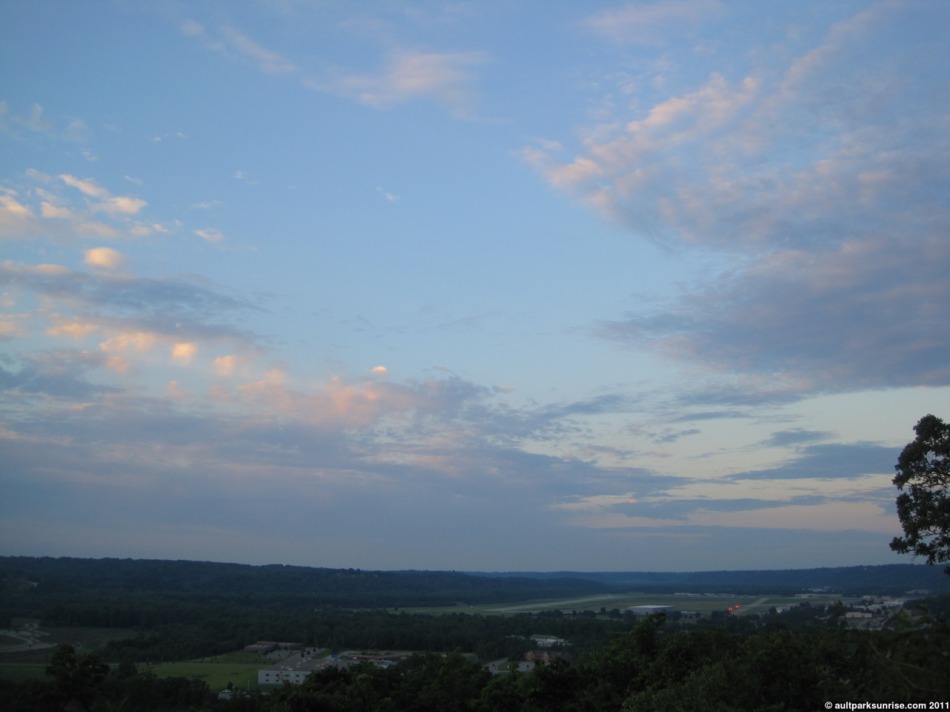 A peaceful shot of Lunken airport. No fog today!

I did, however, grab my camera on the way to the Dentist’s Office (which put me driving on 32 east down through the Little Miami River Valley – a road I can see from Ault Park’s Heekin Overlook). Just as I was coming through the fertile valley into Newtown I realized that I was going to see the sunrise after all. 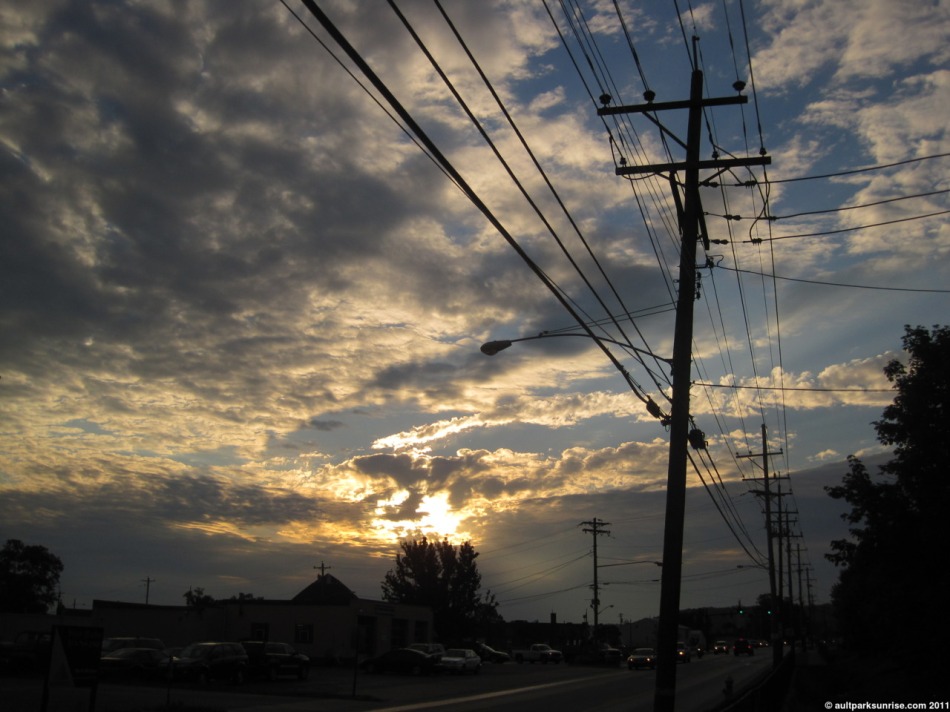 I pulled over and got a single picture of the sun coming through the light cloudy layers at 6:50am. The wind must have changed because by the time I left the dentist’s the sky was a gray overcast.

I realized as I got home that the Black Eyed Susan (Tiger’s Eye) that Amanda and I planted out in our flower pot had recently bloomed. We noticed the small bloom last night when we got home from a graduation party and this morning it had grown even more. I took a few pictures of it along with the other companion plants – miniature petunias and a coleus. 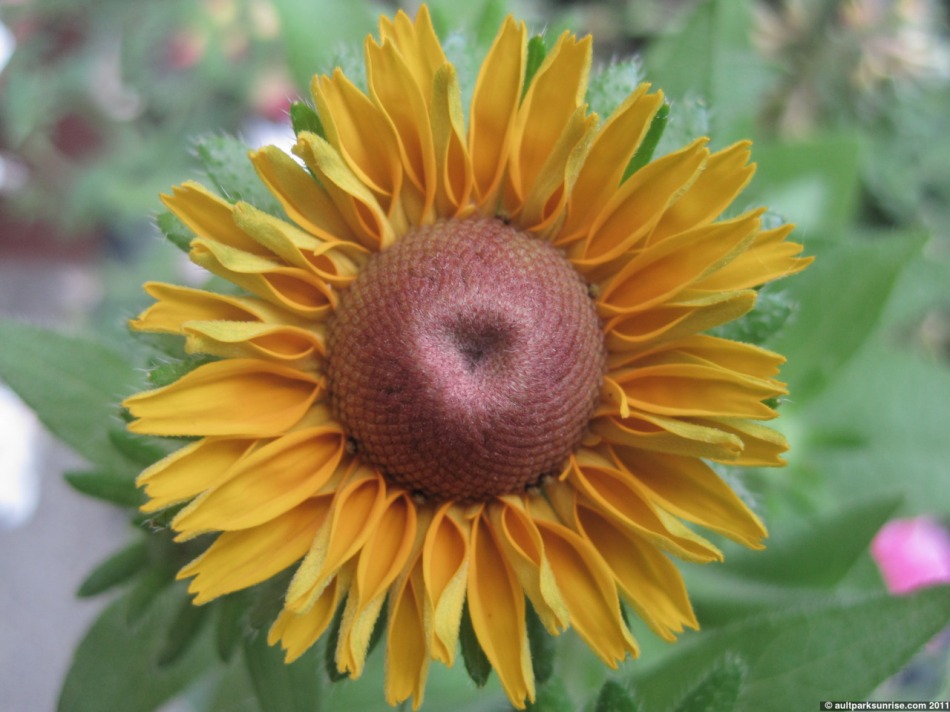 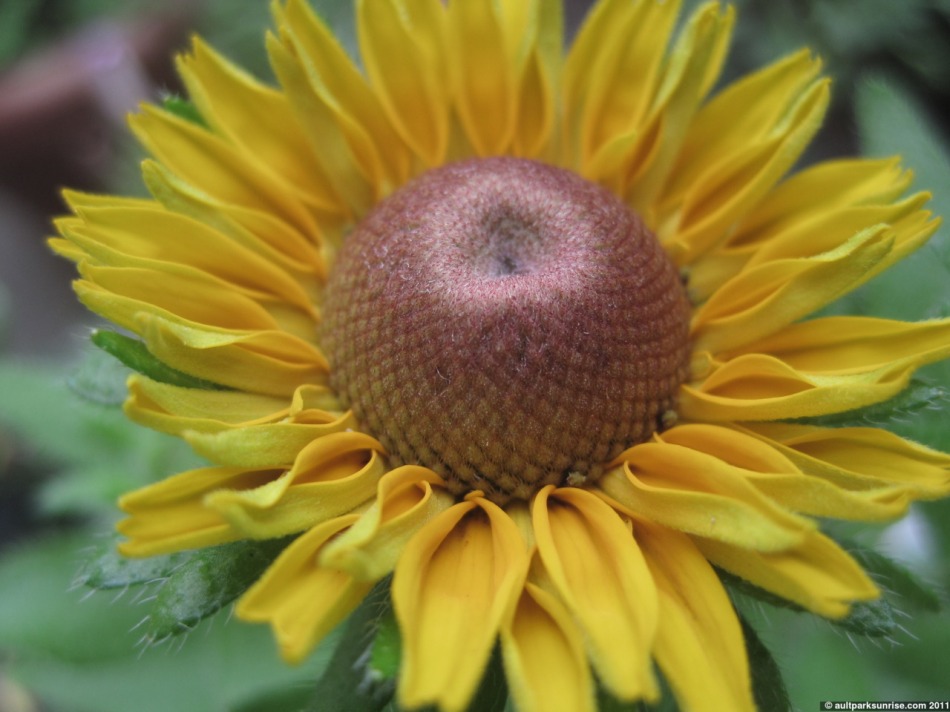 A close-up at an angle. I think it’ll get much bigger. 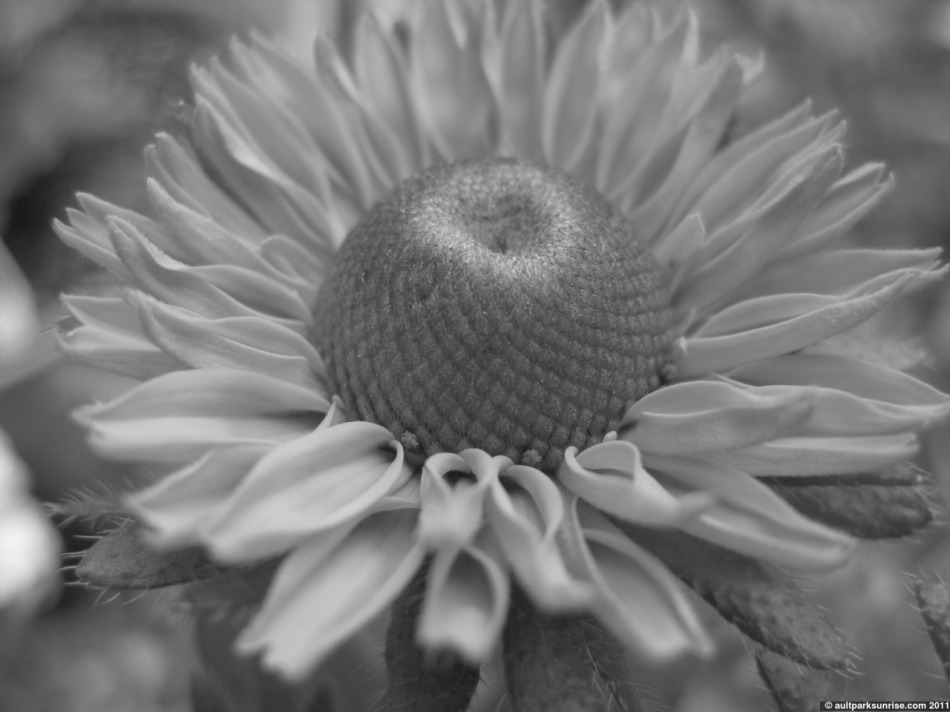 Black and White; showing off the contrast of the petals. 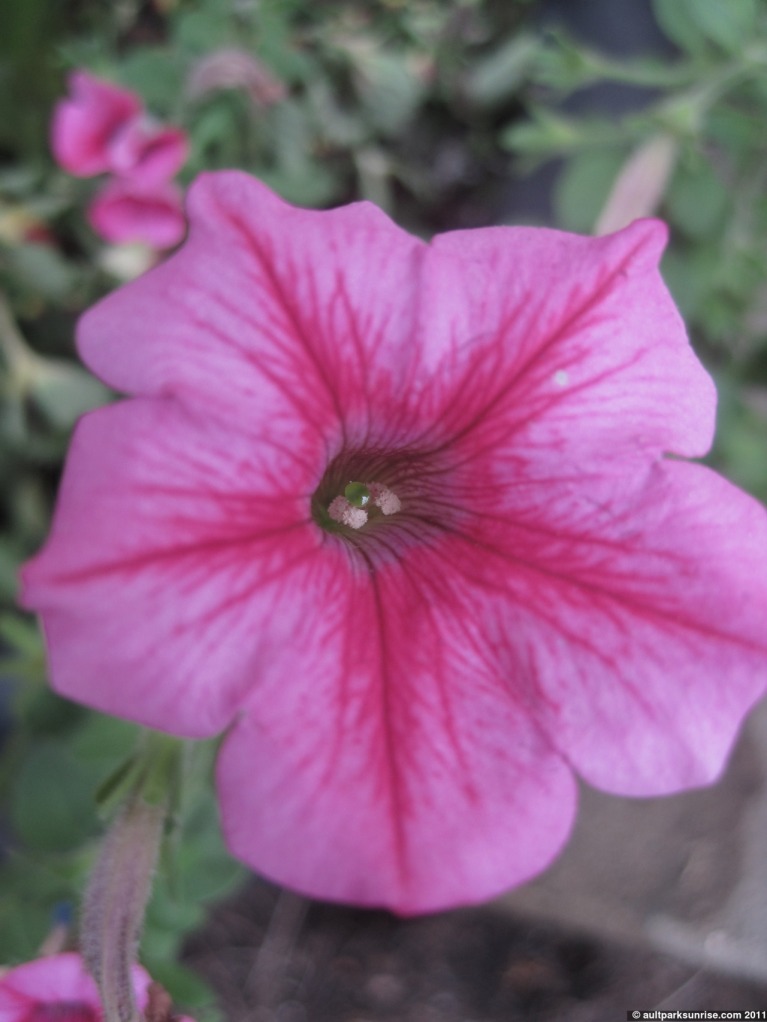 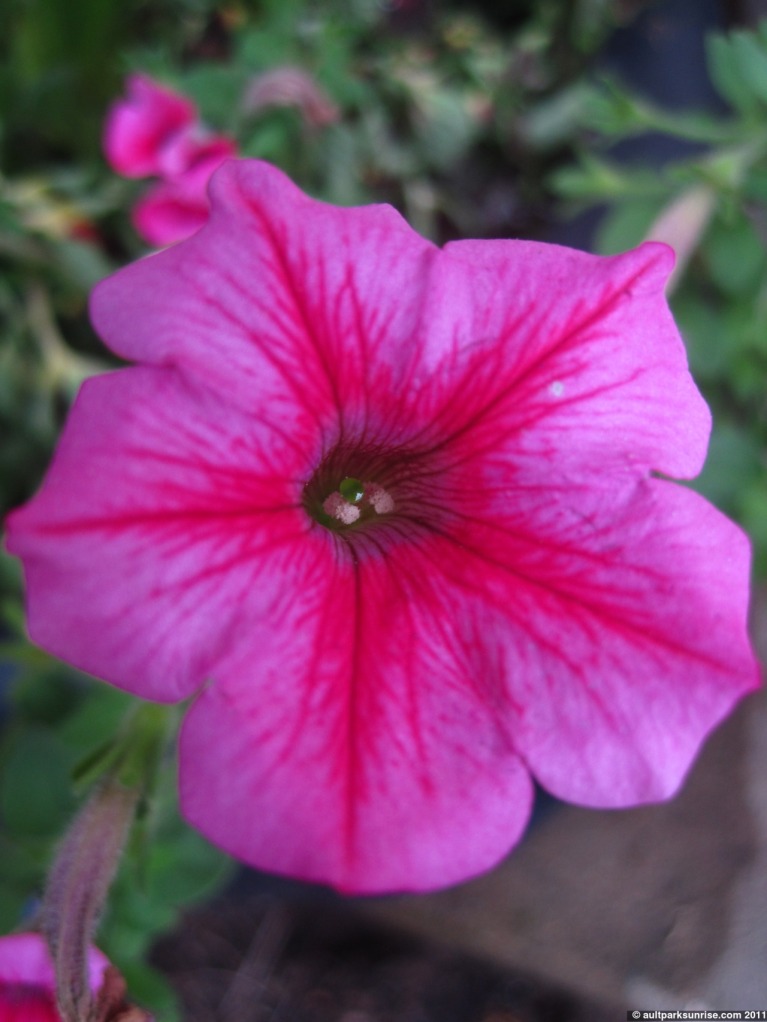 Same flower, but with the high color saturation filter 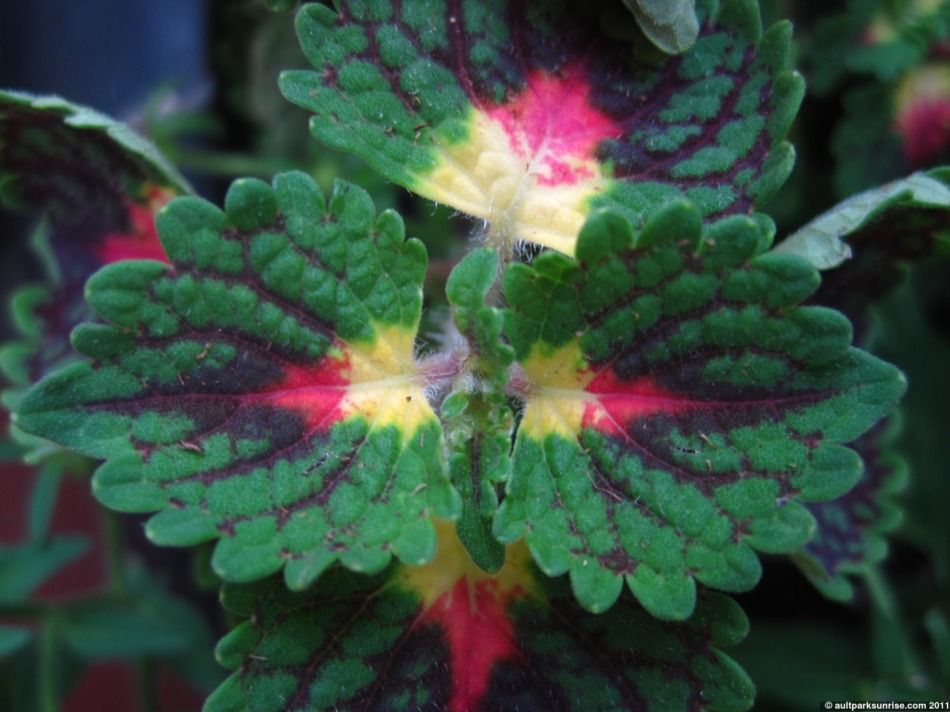 I also planted a couple sunflowers. I can’t believe how quickly they grow! After only three days in the soil they’ve already burst through the soil (they still had chunks of dirt sitting on their leaves). A few critters topped off some of the early sprouts but I’m hoping my healthy doses of anti-deer spray will put an end to that. 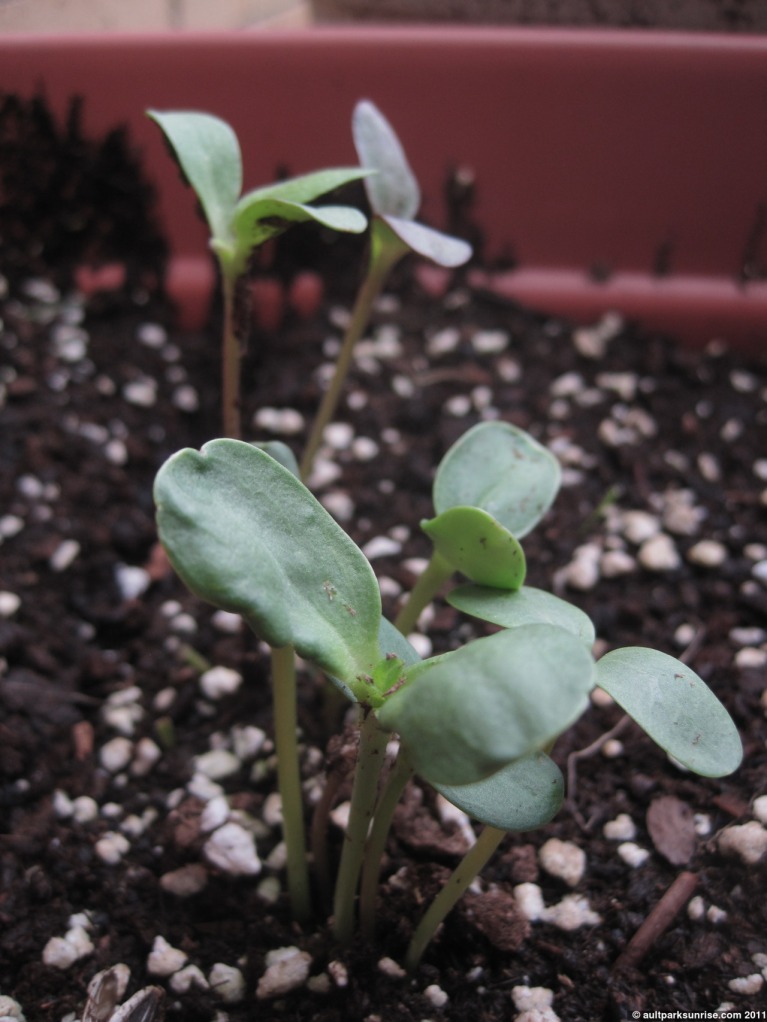 The sunflower sprouts. These should be huge in about three weeks.

This entry was posted on June 13, 2011 by Ault Park Sunrise. It was filed under ault park, macro, slightly cloudy, sunrise and was tagged with ault park, cincinnati, flowers, macro, sunrise.