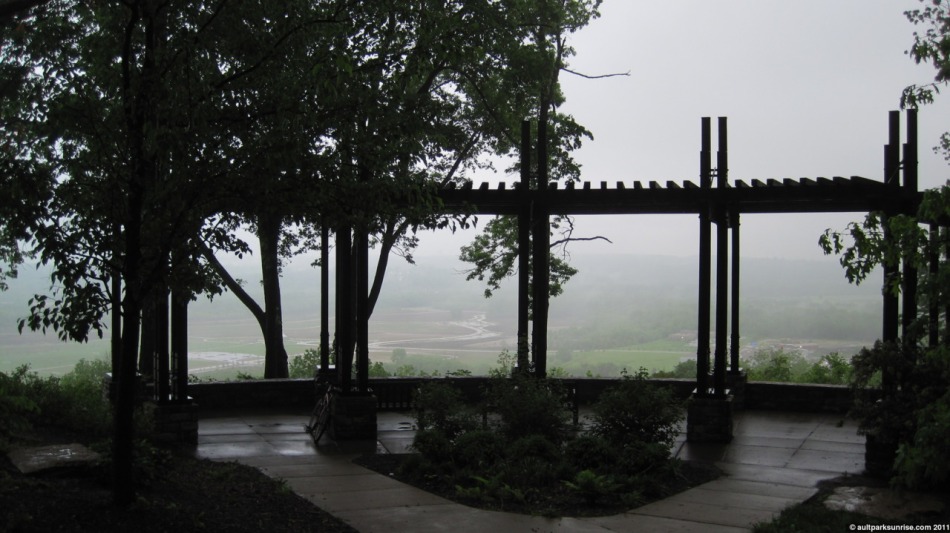 I have a morning appointment today so the trip up to the park was quick and pleasant. The air was again very wet and the sky was overcast. But it felt like this morning was a bit warmer than yesterday. It may be that I’m used to the cold already, or it may have been the humidity – but either way the morning was rather pleasant. 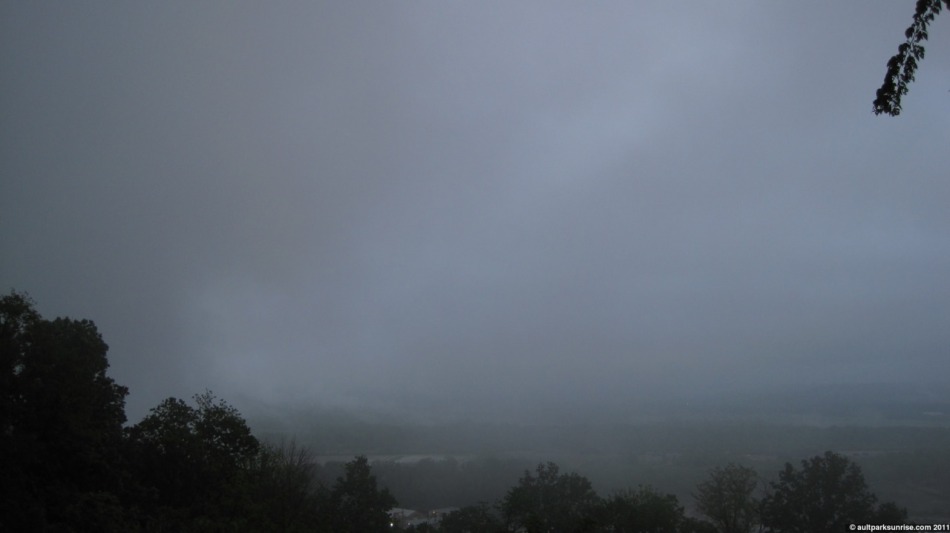 The morning air was thick with humidity. It was the kind of humidity that is thick and sticky, where the acoustic sounds of the environment seem muffled and it feels more private as you move about through the park. It was almost foggy, but not quite. Armleder Park was mostly visible, giving me the impression that the haze was more evenly distributed rather than patches of thick fog. 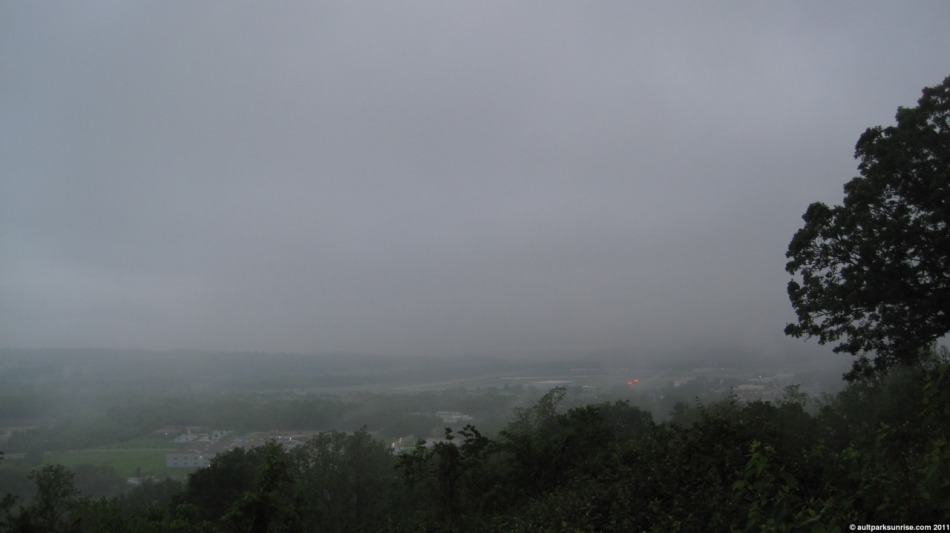 I hung out at the overlook for a few minutes but once again got the itch to ride around through the park. The sky was pretty dark again and the trees were still dripping with rain or dew. I rode around to the back of the lawn where I checked out some of the tree displays and informational plaques. There is a specific species of conifer that has always drawn my attention but I haven’t taken the time to look at closely. I wondered if it is the same species of conifer that towers over the playground area and drops small little pine cones, but I can’t tell simply by the shape of this particular (smaller) tree. If you’re on the front page, click to continue –>

The Ault Park caretakers have manicured the tree in such a way that it maintains a bushy figure without becoming too large. After a closer inspection of the plaque hanging by the trunk of the tree, I found out that it is a Dawn Redwood tree, or metasequoia. Apparently it is one of the three redwood species, and it is native to the Sichuan–Hubei region of China. I had no idea that we had “redwoods” around here, even if they’re not as giant as the famous Sequoia sempervirens. The dawn redwood is actually considered to be “critically endangered”, something that is new to me. It stands beautiful at Ault Park and apparently doesn’t mind the cold winters. I imagine it is quite content in this humid wet spring season. 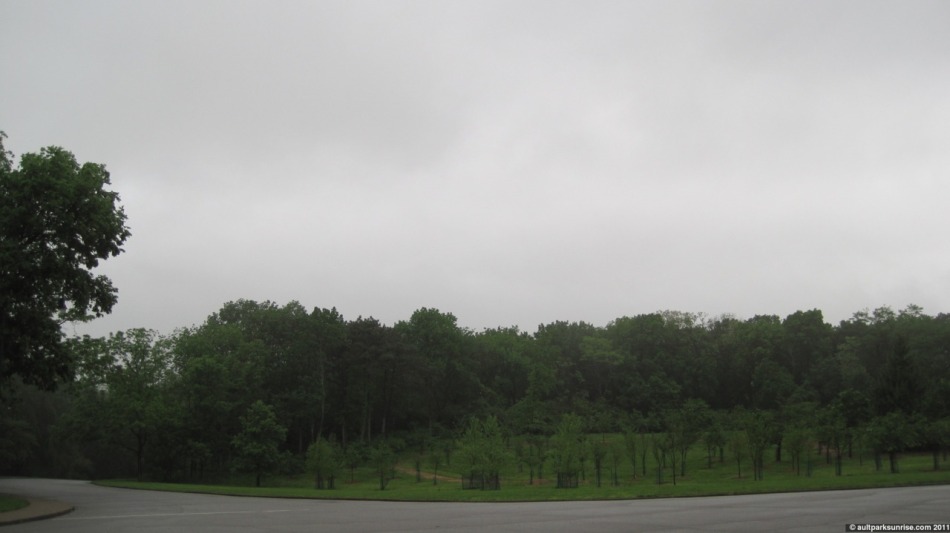 Behind me sits the japanese cherry blossom orchard that in a few decades will be quite the sight to see. As A.N. Whitehead said (although now I’m not so sure), “The great man is he who plants shade trees he will never sit under.” The best thing you can do is plant a tree 30 years ago. The second best thing is to plant one now. (This analogy, of course, reaches across all facets of life).

On the way out of the park, once again, I notice how lush and green the forest looks after all the rain. Very green indeed.

This entry was posted on May 18, 2011 by Ault Park Sunrise. It was filed under ault park, observatory, overcast and was tagged with arboretum, ault park, cincinnati, overcast, redwoods, spring, trees.