When I first woke up this morning, all I could think of was how sore I was going to be. Last night I participated in my first ever “group ride” with the friendly people over at Element Cycles in Mt. Lookout / Hyde Park. I found out about the event only two hours before it started.  Yesterday afternoon I was browsing through the Cincinnati bicycling blogosphere when I came across an announcement by Queen City Cycles (and Urban Cincy) about how May is “Bike Month”. There are going to be all kinds of awesome events, including Bike+Brew, an event that involves a bike pub crawl through the bars in over the rhine, down town, and newport / covington kentucky. It sounds like a blast. Along with the announcement about Bike+Brew there Queen City Cycles had a picture of the official Bike Month t-shirts.  I saw that one of the locations to pick up a t-shirt was at Element Cycles, which just so happens to be in my neighborhood. I remembered passing the shop just last Sunday for the first time so I decided to check out their website / facebook page. As it turns out they do Thursday rides @ 6pm. Being familiar with the weather for this week and realizing that yesteday was probably the only beautiful day (and the only clear sunrise!) I sucked it up and decided to check out the event, for better or worse.
I was pretty nervous to say the least. Could I keep up with these “real” cyclists? Would I get left behind, struggling and over run by traffic, somewhere in the eastern hills, 20 miles from my house? I sucked it up and headed over to the bike shop on Observatory to see what it was all about. It ended up being an absolutely fantastic ride. I was probably the only person in the group who didn’t have clip-less pedals, a bike computer, or a sweet-ass aerodynamic bike outfit – but in the end it didn’t matter. We had a group of about 15 people, all of whom are what I would consider to be regular cyclists. A few of the riders were obviously serious about speed, quite intimidating at first, but they ended up breaking off and doing their own route which left us mortals to climb the grueling hills at our own pace. Everyone was friendly and didn’t seem to mind my nervous tick – talking and talking and talking (“Did you know this building was built in the early 1900s for downtown commuters? It doesn’t have a parking lot because there used to be a rail line that went through here. So have you heard of the Cincinnati Subway? hehe) The route ended up being about 21 miles, averaging about 14mph. We went up to Madeira, over through Indian Hill, and back up Wooster to Madisonville. There are some beautiful hidden (and steep) roads out through Indian Hill. Fortunately for my legs (and sanity) we took a break every 5 miles or so to recuperate. It was a great experience overall. After the trip Brett, the owner, hooked me up with a craft beer from Utah, Four+Brewing’s Wyld Organic Pale Ale. I knew right then that I was coming back :). I’ve never had a craft beer from Utah, and even now it appears that it was a rare occasion – I don’t think the brewery even has a web site. I look forward to many more Thursday rides.

This morning started out with so much promise. The color of the twilight sky was the gray that I’ve become so familiar with this week. It was not, however, quite as dark as Monday or Tuesday. There were streaks of a hazy bright gray, almost blue, through the atmosphere, giving me some hope that there may be a sunrise after all. I’ve found that you can tell a lot about the sun rise by how much light is in the atmosphere about a half hour before the sun rise. If the atmosphere is bright you’ll obviously have a great sun rise. And if it is still as dark as you’d expect to be in the middle of the night, you’ve got a completely overcast situation. But there are levels in between. From a 0 (stormy / midnight) to a 10 (clear with no clouds) today was probably a 4. I made my coffee (oops I forgot all about it last night), hopped on the bike, and rode up to the park. I arrived just in time for the official sunrise. The air was surprisingly warm, and while it was a bit wet out, I wouldn’t say that it was unpleasant. The air smelled sweet and there was a surprisingly high volume of bird chatter.  It must be mating season for one of the local species because it sounded like a constant overlapping between one specific kind of bird call. I’ve noticed that the cardinals tend not to yell over one another – they take turns and sync up. I’d say that this is a good example of an optimized game theory strategy. This other bird though (I know what it looks like, but not what it is called) isn’t quite so courteous. There was a consistent baseline of song, partially shrill and indistinguishable, in the backdrop of the forest soundscape.

The sun never did come out. Armleder Park is still holding strong down in the valley, having been underwater for over two weeks now. I can’t imagine how many giant carp or catfish are grazing the prairie grass and soccer fields. I just realized that you can fish in the small pond that is located on the eastern side of the park – does that now expand to include the whole park? Hmm. I may have to go get a fishing license after all. I also wonder what effect this will have on the fish population in that small pond. If the prarie is the flat basin of the new “Armleder Lake”, the pond would be the deep trench that the catfish would probably want to hide out in. When the water recedes, I bet we’ll see some giant fish pulled out of that pond.I’d like to imagine a young kid and his dad heading out to Armleder for a quick fishing trip after work. By this point, lets say late August, the 4 foot grass carp hasn’t had a good meal in weeks. He’s desperate for some protein. The kid feels a yank on his line, and the next day his dad can tell his work buddies that his son caught a 100 pound grass carp in a tiny pond next to the soccer fields. Heck yeah!

Lunken Airport is a bit under water, too, but that doesn’t affect business. The run ways are elevated, perhaps because they got sick and tired of getting flooded out over the years. Or maybe they built it that way originally. Who knows. 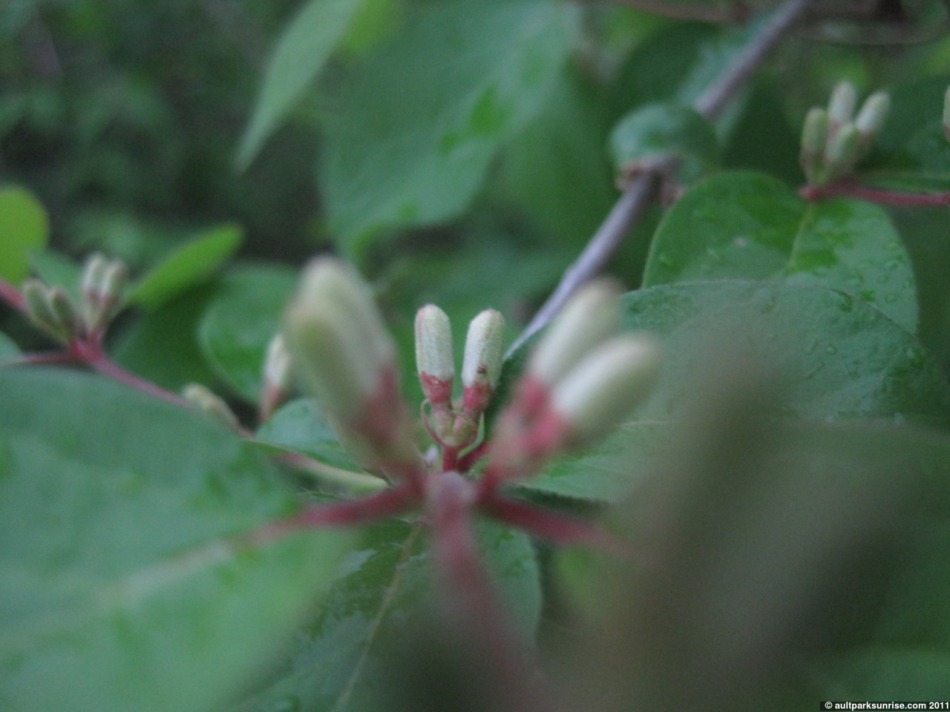 I took the opportunity to try and get some pictures of the small flowers that were popping up in the green low light foliage around the overlook. 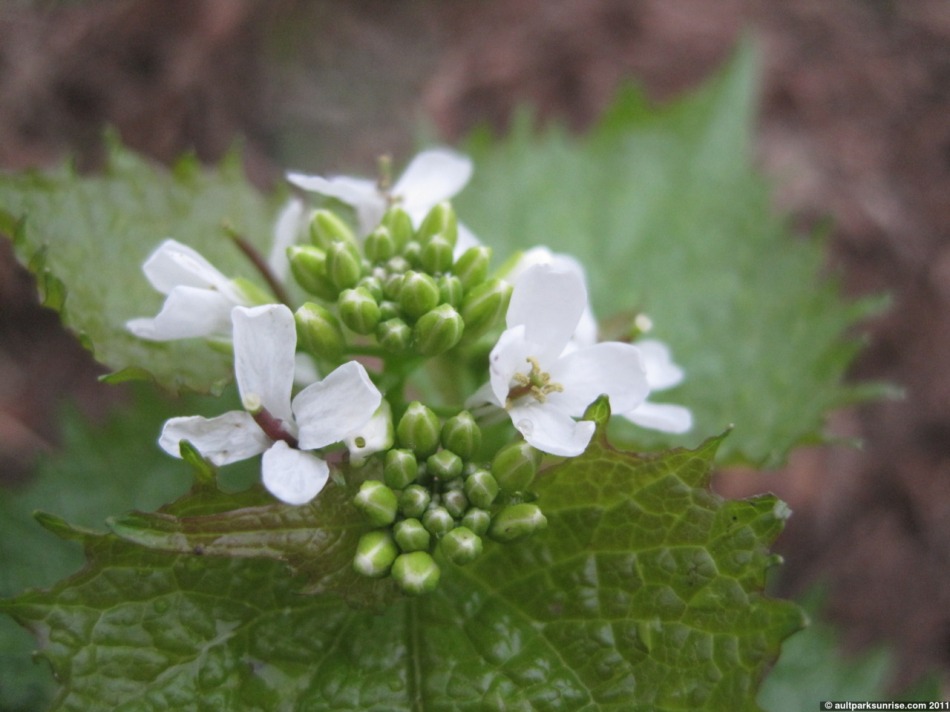 Normally I would over look these smaller flowers, but now that the cherry blossoms, magnolias, and daffodils have moved on they stand out against the green backdrop. (More after the jump) 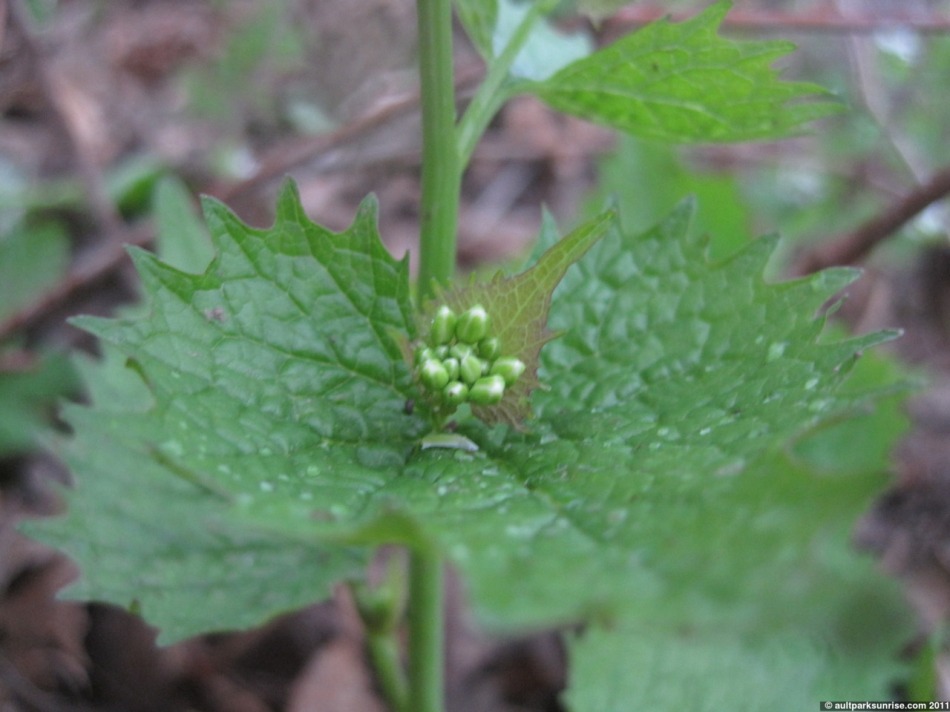 The lighting conditions were less than ideal, and in the ten minutes I spent looking at the foliage, the sky went from a reasonable overcast to a dark gray.

It was hard enough to not get a blurry picture in the sunrise light. The dark ambiance and freezing cold rain that soon came made it almost impossible.

Dandelions must bloom all year, because I was kind of surprised to see this dandelion already in “puffball” mode. I remember as a kid picking these things in the fall. I imagine that because they are considered to be “weeds” they must grow incredibly fast. Perhaps they do only bloom once per lifetime, but they can reproduce in a matter of weeks. By the end of the summer you’ve got a population of dandelions that thrive in the local soil and climate that have been selected over many generations. Fields full of the quick growing, niche-adapted flowers. I just made this up, of course, so I’ll stop before this gets out of control :). 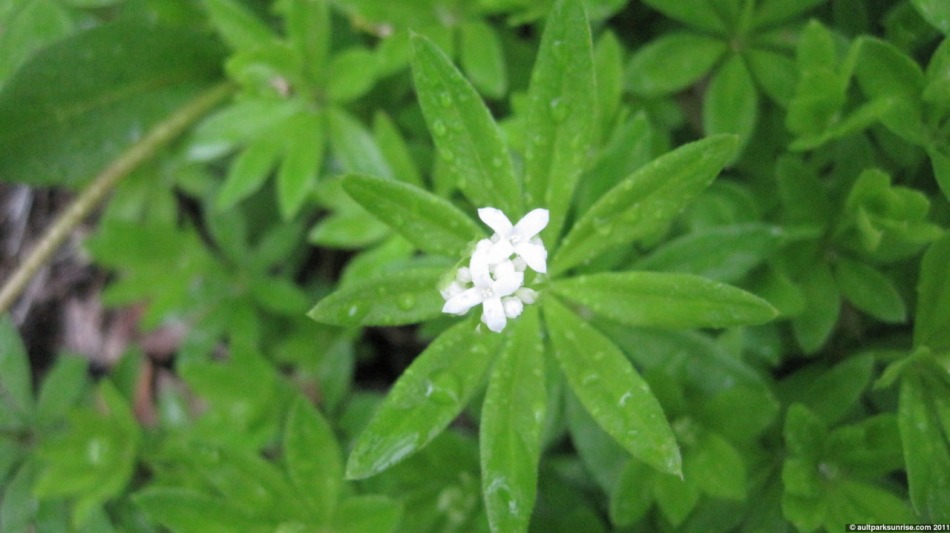 These guys were hanging out under the juniper bushes by the overlook. Talk about almost impossible to get an un-blurry shot. The rain had started to come down at this point. 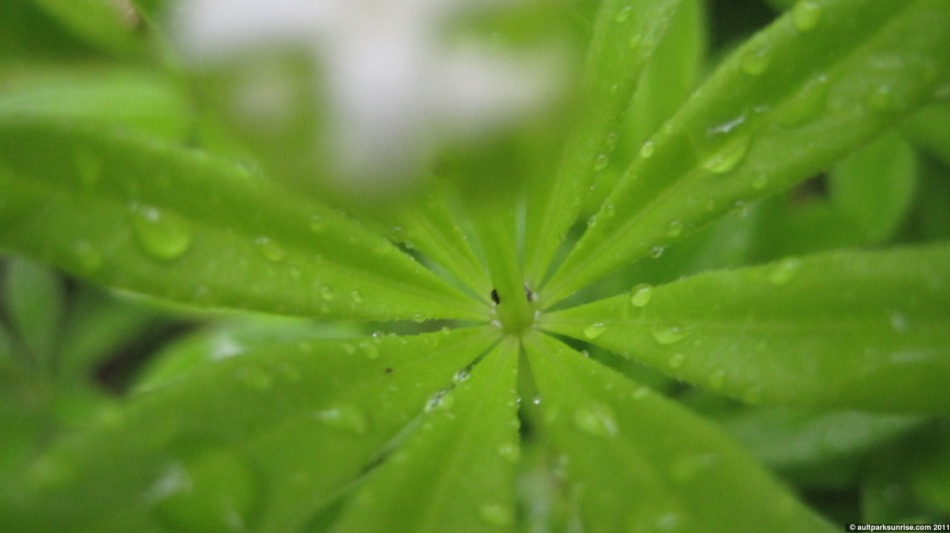 Symmetry in Nature. Maybe that’ll be my next project 🙂

On the way out from the park I took a chance to get this shot from the familiar “stone platform” spot. These will make a nice time-lapse at the end of the project. 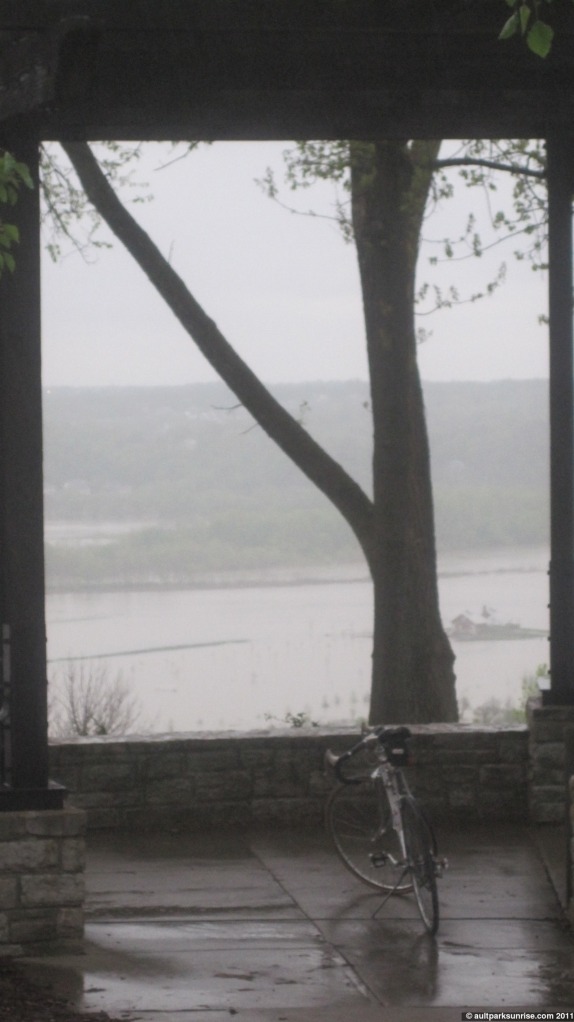 I headed home forty minutes after sunrise, soaking wet and freezing cold. What happened to that warm and wet, pleasant environment from 20 minutes ago? There’s always tomorrow, or at least next month. 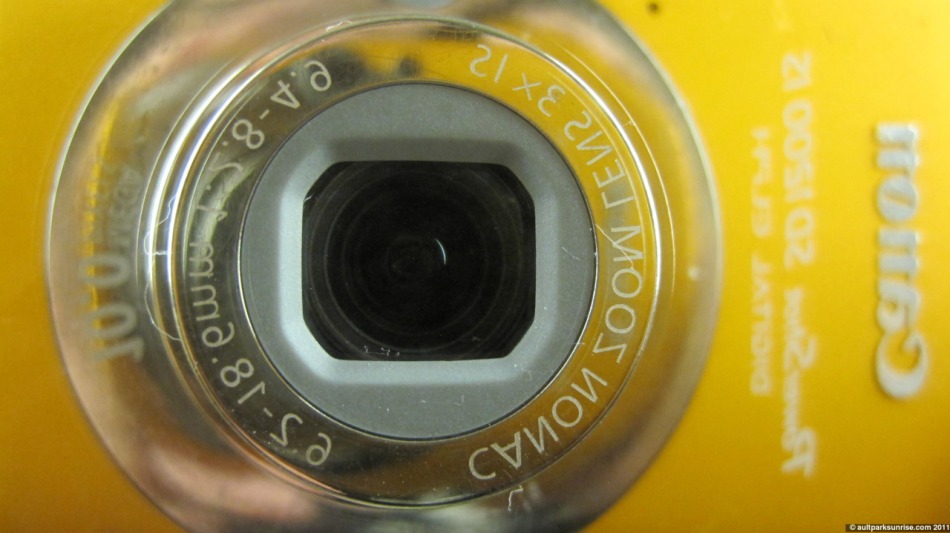 Stats from this morning (curiously, it looks like Lunken had a power outage, the data is incomplete).
Sunrise: 6:50am EST
Visibility: 6mi
Temperature: 64F / 8C, but that rain was sooo cold
Sky: Hints of a sunrise with lighter slices of cloud cover, but eventually it gave in to the storm.
Sunrise: Bright Gray
Bird Chatter: Quite a bit. They were active this morning
People: None. I was the only crazy person up there.